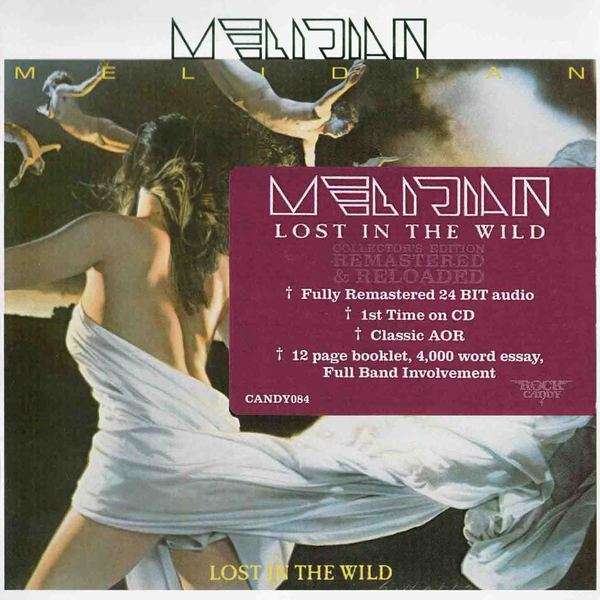 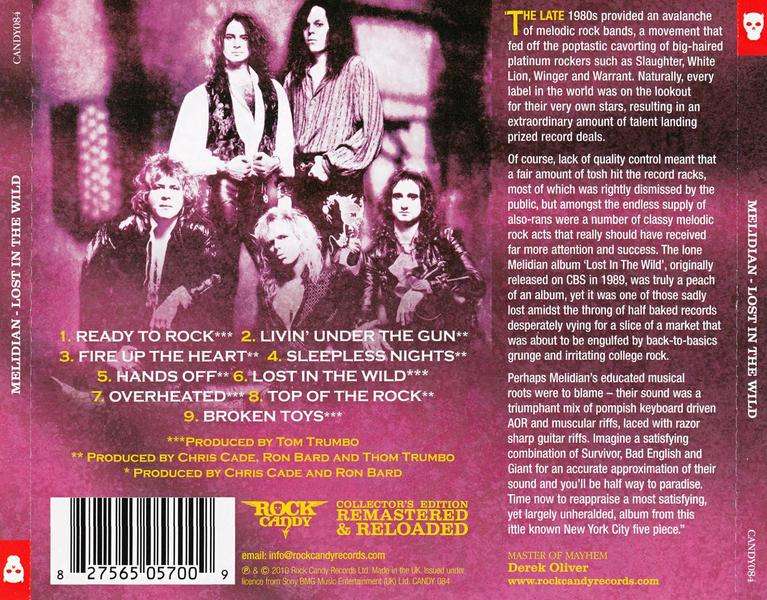 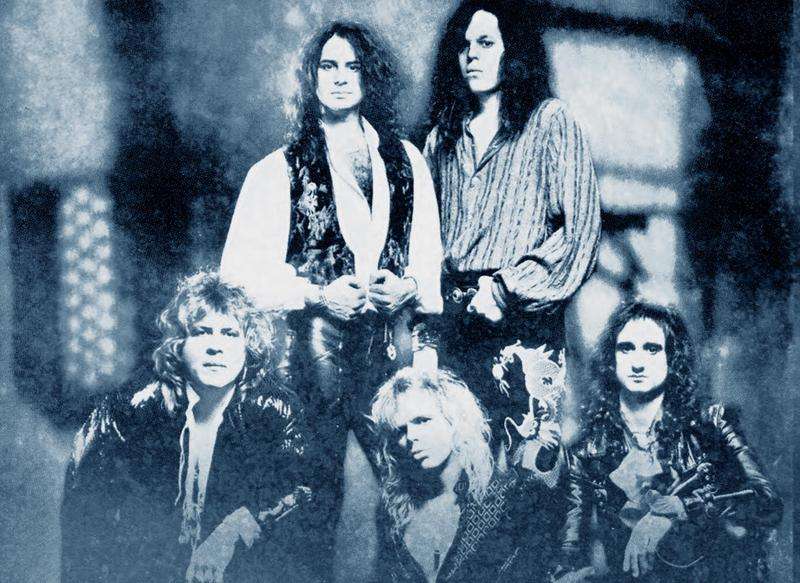 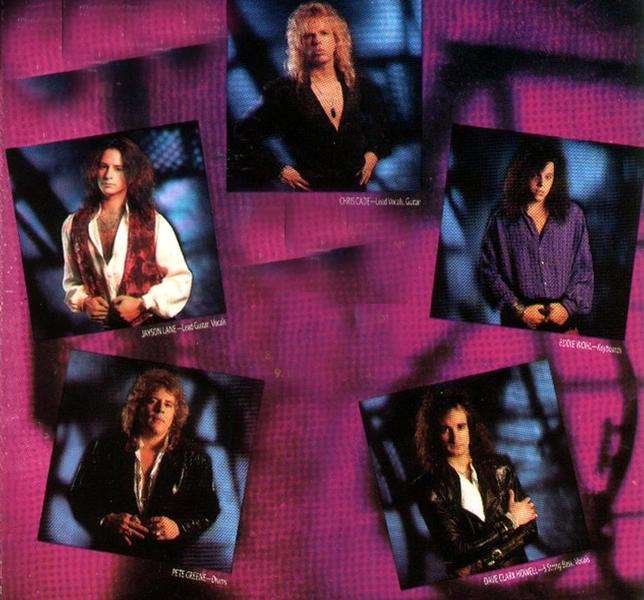 Melidian is an American melodic hard rock/AOR band formed in the late 80's by Pete Greene (Drums), Eddie Wohl (Keyboard), Jayson Lane (Guitar), Dave Clark Howell (Bass), Chris Cade (Vocals).Melidians first and only album, entitled "Lost in the Wild", was published in 1989 by CBS Records. The album included songs like "Ready to Rock", "Hands Off" and "Fire up the Heart". Their musical style varies from hard rock to AOR and melodic rockish sound, quite typical to the era.Chris Cade and Dave Clark Howell were active in the heavy metal band Hellion from New York City. Here they were involved in the album Dangerous Maneuvers (1984). In 1989, Cade and Howell founded after gaining a record deal the hard rock band Melidian. Melidian originally went to Toronto in Canada to record the debut album with Tom Trumbo. After a few recordings, however, the band went back to New York to complete the album, led by Chris Cade and Ron Bard. Keyboarder Eddie Wohl and guitarist Jayson Lane joined the band after half of the tracks have already been recorded for the debut album.The lone Melidian album “Lost In The Wild”, originally released on CBS in 1989, was truly a peach of an album, yet it was one of those sadly lost amidst the throng of half baked records desperately vying for a slice of a market that was about to be engulfed by back-to-basics grunge and irritating college rock. Perhaps Melidian’s educated musical roots were to blame – their sound was a triumphant mix of pompish keyboard driven AOR and muscular riffs, laced with razor sharp guitar riffs. Imagine a satisfying combination of Survivor, Bad English and Giant for an accurate approximation of their sound and you’ll be half way to paradise.

One of the most criminally underrated and unheard albums from the glorius year for Melodic Rock / AOR – 1989 – should be “Lost In The Wild“, by MELIDIAN. Fortunately, Rock Candy records made justice to this excellent record with a great 24-bit remastering, first time on CD release.It’s almost unbelievable to learn how many artists and bands came up with a quality album in 1989, just prior the musical market was about to be engulfed by back-to-basics grunge and irritating college rock.One of those bands was Melidian, which surprised with this now cult-classic “Lost In The Wild”.Perhaps Melidian’s educated musical roots were to blame – their sound was a triumphant mix of pompish keyboard driven AOR and muscular guitars, laced with razor sharp guitar riffs.Imagine a satisfying combination of Survivor, Bad English, Giant and some Ratt for an accurate approximation of their sound and you’ll be half way to paradise.With its 9 tracks and a total playing time of a mere 35 minutes, it was a little short, but what who cares with the quality on offer?Co-produced by vocalist Chris Cade (owner of a ‘special’ voice) and Thom Trumbo (Boulevard, Triumph) delivering a lush sound, the album featured such beauties as opener “Ready To Rock” (with some wonderful key parts from Eddie Wohl), the ballad “Sleepless Nights”, the singalong rocker “Hands Off” and the jumping title track “Lost In The Wild”.But best of the lot is probably the album’s closing “Broken Toys”, which proves how great a band Melidian actually was.Time now to reappraise a really satisfying, yet largely unheralded, album from this little known New York City five piece. This Rock Candy remaster of “Lost In The Wild” sounds million bucks, pristine & clear.If this one-off album from Melidian is (still) missing in your collection, grab this chance with both hands and add it pronto.