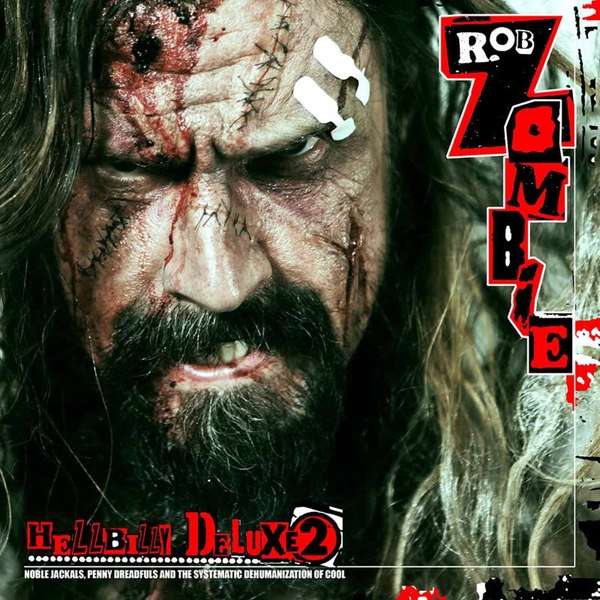 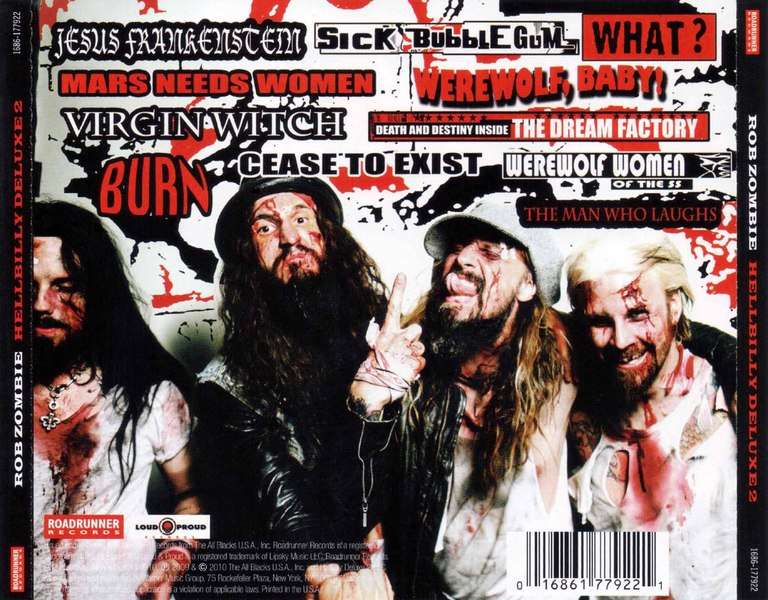 Rob Zombie (born Robert Bartleh Cummings;January 12, 1965) is an American musician, film director, screenwriter and film producer. He rose to prominence as a founding member of the band White Zombie which formed in the mid-1980s and rose to fame in the early 1990s. As a solo artist, he has released five studio albums, three compilation albums, two remix albums, a live album, a video album, and 15 singles. In 2003 he expanded his career and became a film director, and has directed a total of six films, the majority of which he also wrote or co-wrote. He has also released numerous brands of comic books, and appeared as an actor on numerous occasions.White Zombie's debut album, Soul-Crusher, was released in 1987 and was followed by their second album Make Them Die Slowly in 1989. They rose to prominence after the success of their third album, La Sexorcisto: Devil Music, Vol. 1, and its lead single "Thunder Kiss '65" in 1993. The album went on to be certified multi-platinum by the RIAA, for sales exceeding two million copies in the US. Their fourth and final studio album, Astro-Creep: 2000, became their first top-10 entry on the Billboard 200, and their second album to reach multi-platinum status.Zombie began his solo career with the release of his 1998 debut album Hellbilly Deluxe. The album was both a critical and commercial success, spawning three hit singles, reaching the Top 5 of the Billboard 200, and selling over three million copies worldwide. Hellbilly is Zombie's highest selling album to date. He followed the success of the album with The Sinister Urge in 2001, which had similar success to that of its predecessor. Zombie's first greatest hits album, Past, Present & Future, was released in 2003, and reached Platinum status by the RIAA. His third studio album, Educated Horses, was released in 2006, and was his third Top 10 entry on the Billboard 200. In 2010, he released his fourth studio album Hellbilly Deluxe 2, which is a sequel to Hellbilly Deluxe. His fifth album, Venomous Rat Regeneration Vendor, was released on April 23, 2013.Following his success as a musician, Zombie began directing, writing and producing films. His first film, House of 1000 Corpses, was completed in 2000, but numerous struggles with the distributor led to the film's release being delayed until 2003. Its sequel, The Devil's Rejects was released in 2005. In 2007, he released his third film, a remake of the 1978 classic film Halloween. The film went on to gross over $80 million, the highest-grossing film in the Halloween franchise. In 2009, Zombie released a sequel for the film, titled Halloween II. In 2009, Zombie released his first animated film, The Haunted World of El Superbeasto, based on his comic book series of the same name. His film The Lords of Salem was released in 2013. Zombie bought the rights to a film about the Philadelphia Flyers, titled The Broad Street Bullies, though no release date for the film has been announced yet.Zombie directed the majority of White Zombie's music videos, as well as numerous videos for his solo work. Zombie's lyrics are noted for their horror and sci-fi themes, and his live shows for their elaborate shock rock theatricality.He has sold over 15 million albums worldwide, and had six Top 20 hits on the Billboard Hot Mainstream Rock Tracks chart in the United States.

Hellbilly Deluxe 2 (released with the subtitle Noble Jackals, Penny Dreadfuls and the Systematic Dehumanization of Cool) is the fourth solo studio album by former White Zombie frontman Rob Zombie. The album is a sequel to his debut album Hellbilly Deluxe. It was released on February 2, 2010, through Roadrunner Records.This is the first album with bassist Piggy D and the last with drummer Tommy Clufetos.All tracks are written by Rob Zombie and John 5, except where noted. The song "Sick Bubblegum" contains a sample from the film Werewolves on Wheels.Rob Zombie had finished recording the album before the end of 2008, but the release had been delayed until November 2009 due to his commitments with Halloween II, and again until February 2010 due to a lack of promotion. According to Rob Zombie, there was not enough time to release advance copies to the press or create a music video for the first single, "What?," before their tour.Though originally intended to be released through Geffen Records, Zombie's record label of 18 years starting with White Zombie, the album was released through Roadrunner Records/Loud & Proud Records.Hellbilly Deluxe 2 is also the first release where Rob Zombie worked with his full touring band. Previous albums were written and recorded by Rob Zombie himself and a rotating set of musicians.Commenting on the change, Zombie stated, "I've always had a revolving roster of studio and touring musicians, but the three guys in my band now have been on tour with me for years. So we're making it as a band. It's called Rob Zombie, but we're treating it like a band."Rob Zombie enlisted the help of artists Dan Brereton (creator of Nocturnals), Alex Horley (of Image Comics and DC Comics) and David Hartman (storyboard artist) to create the album artwork.British dark/horror/science fiction/steampunk artist Sam Shearon aka 'Mister-Sam' (artwork for Godhead, Ministry, A Pale Horse Named Death, IDW Publishing, and tour merchandise for Iron Maiden and HIM[10]) also contributed to the artwork of Hellbilly Deluxe 2.Rob Zombie began touring in support of the new album shortly before its release date. The first leg of the Hellbilly Deluxe 2 World Tour featured Nekromantix and Captain Clegg & The Night Creatures, the fictional band from Halloween II.Uncle Seymour Coffins, also from Halloween II, hosted the Los Angeles show on Halloween night.The song, "What?", the first single from the album, starting playing on radio stations October 6 and was released on iTunes October 13.Another new song, "Burn", was released on Rock Band on October 27 as part of a triple pack which also includes the hits "Dragula" and "Superbeast". "Burn" was later released as a free download on December 17, 2009 via the band's website.