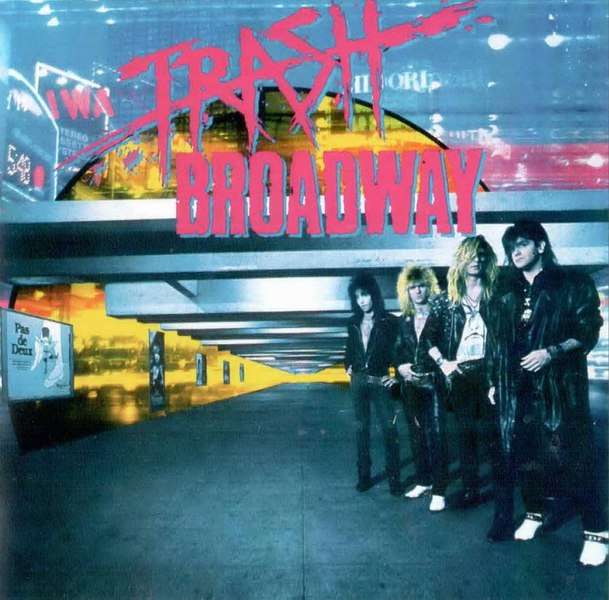 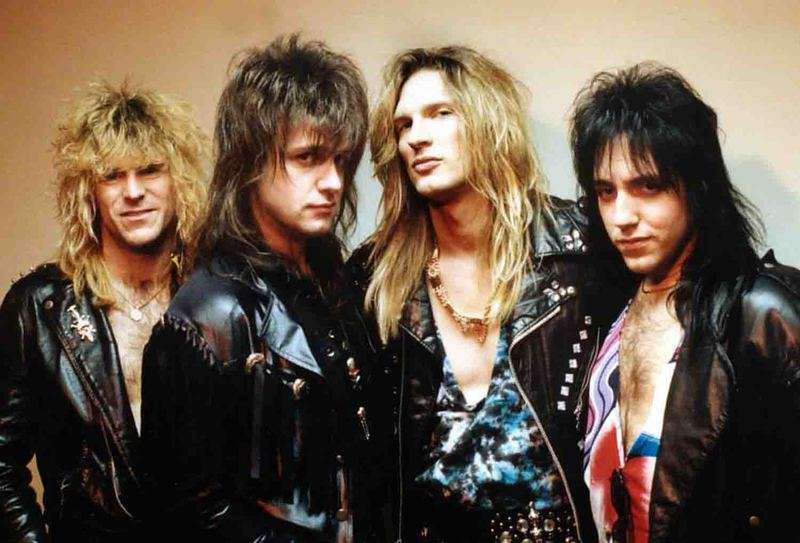 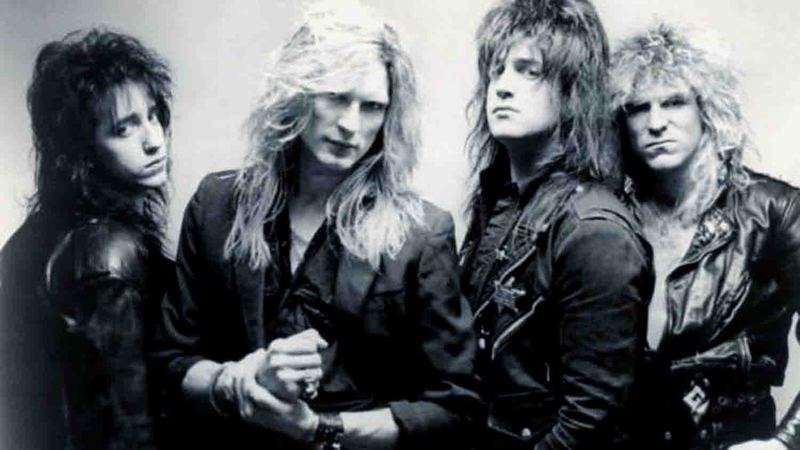 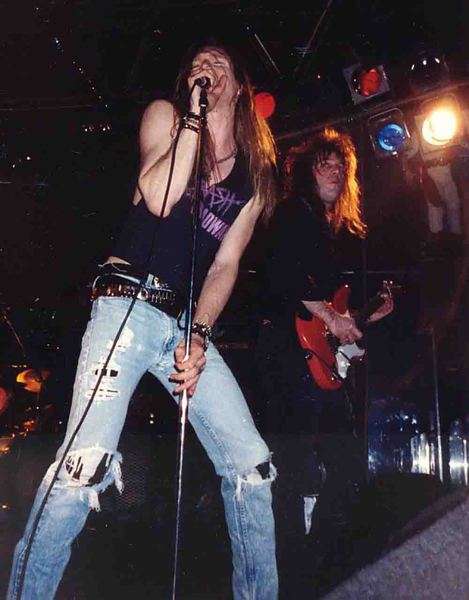 TRASH BROADWAY has teamed up with the DDR Music Group and Metal Legacy Records to deliver the 2018 reissue (including 3 bonus tracks) of their 1989 self titled top 10 Kerrang Magazine debut record. Digitally remastered by Lance V. and packaged in an 8 page booklet with a complete set of lyrics - this album is silver pressed, officially licensed from the band and exclusively available from DDR. Instead of us telling you all about the band, we thought you might enjoy an interview and article written about the boys in 1989....As I pulled into the gas station parking lot and peered through the sheets of rain for David Steele’s mane of blond hair, I thought no other setting could be more fitting than this for meeting a band such as Trash Broadway. The rain lent a slick and sleazy air as the wind whipped it into biting needles and the rolling thunder crashed with a window-shaking force.Yes, it was very fitting for this hard-edged quartet from Boston. David Allyn Steele fronts the band with a kind of classy degeneration and a voice that slices the air with its honed edge. The edge of Dave’s voice is picked up, carried along and shoved down your throat by the intense and genuinely stunning performance of Joe Stump on guitar, Behind all of this, driving it along, is the pair of Jay Gates on drums and Nick Noiseaux on bass. The coupling of Gates’ precision and Nick’s general insanity provides a perfect background and foundation for Trash Broadway.As for the background leading to the band’s formation, it was fairly typical, sort of. Dave and Joe formed the band under the moniker Rock City and it was at one of their shows that Nick chanced to meet and “talk” to Dave, “It was one of those disco-type clubs,” Dave says smiling, “and they weren’t used to bands like us playing there. Things got out of hand and the bouncers started smashing on our road crew.” “Yeah, it was crazy,” interjects Nick, “a friend who was with me got a whole bunch of fillings knocked out and his pregnant, I mean visibly pregnant, wife got clocked. It was sick. The next time Dave and I met was at the lawyers.Now it turns out that Dave “had been a fan of Nick’s for a long time” and they really hit it off. Jay Gates also entered the scene in an interesting way. He first saw the band when they opened for Talas. “I hated them,” he says laughing. “Why I ever joined I don’t know. I’m glad I did though. It turned out to be everything I hoped it would be.”I think that the remaining trio is glad as well. Not only does Jay lend his drumming expertise, but he also created the current name. “The name reflects both our classy side and sleazy side of rock ‘n roll in the big city. - Speaking of the big city, Trash Broadway recently went to New York City to shoot their album cover. The maniacal Noiseaux explained what it was like. “Danny Muro (White Lion) shot the cover and took us down into a vacant subway tunnel at like two in the morning. There were roaches the size of your hand and about twenty or so crack dealers down the opposite end. Great atmosphere.” It goes without saying at this point that when Trash Broadway does something, they do it in their own unique way. From the topless bartales to the tape to Nicky’s mooning the Stonehill cafeteria halfway through the interview. I get the idea that a Trash Broadway tour would be a dangerous thing. No plans are set in concrete but both the U.S. and Europe are in sight to support their self-titled debut. They have also shot a video for the single Eyes on You though, as Dave points out, you’ll probably have to look for it in the adult movie section. The tape, however, is under “T” and should be bought. From Dangerous through the instrumental Headchoppers Boll and Showdown the album must be heard and this band must be seen.