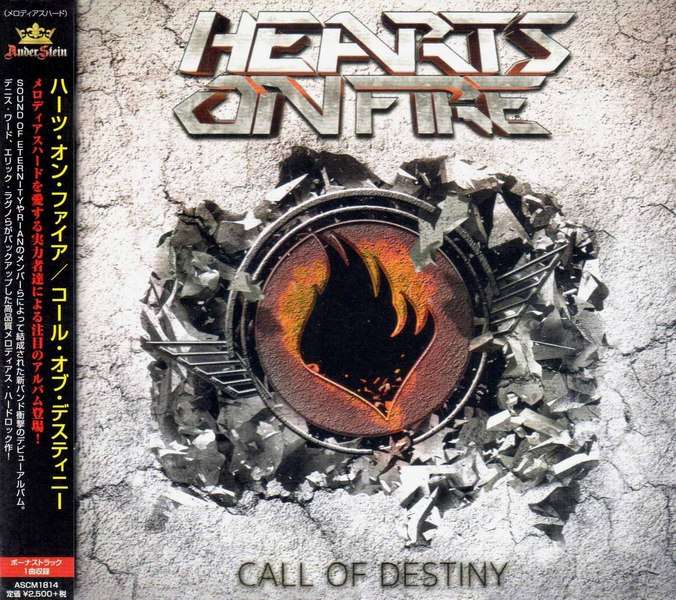 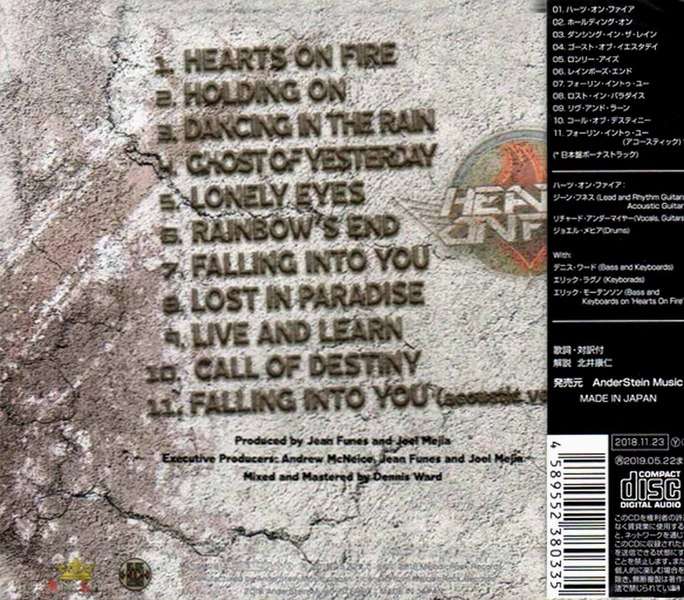 Formed in 2017 by Jean Funes, guitarist of Sound Of Eternity. He had the vision to create an AOR / melodic rock band in the style of his lifetime heroes Def Leppard, Journey, Whitesnake, Scorpions, Europe and called his former bandmate in Codigo Eterno, drummer Joel Mejia, who shares this passion and vision of creating new music and together Hearts On Fire was started. The searching for a vocalist begun and Richard Andermyr of Rian was contacted after listening to the great Rian debut album and was introduced by Andrew McNeice. Richard proved to be a perfect fit for the band, not only with his voice, but because of his chemistry with the rest of the band. The first single was created and recorded as the first song of the project, "Hearts On Fire", an uplifting mid-tempo song with great hooks and melodies, being the perfect example of what the band has in its hearts to create. Nello Dell'omo created the great logo and the artwork for the debut album, titled "Call Of Destiny". "We chose this name because we believe that it's our fate to create music and deliver a message from the heart to the listener. Everything happens for a reason and we are together doing this, even with the fact that we are separated by an ocean, so far from each other. This is the album I always wanted to make", says Jean Funes. 'Sound Of Eternity' had that modern rock touch all over it and I'm proud of the album we made,but 'Hearts On Fire' has all the elements that I've always loved from melodic rock music and it comes natural for me to create songs in this style, because I grew up listening to all those great bands from the 80s and early 90s", he adds.

Hearts On Fire formed in 2017 by Jean Funes, guitarist of Sound Of Eternity. He said “This is the album I always wanted to make. Sound of Eternity had that modern rock touch all over it and I’m proud of the album we made. But Hearts On Fire we have all the elements that I’ve always loved from melodic rock music and it comes natural for me to create songs in this style, because I grew up listening to all these great bands from the 80’s and early 90’s.” He is joined by drummer Joel Mejia and on vocals Richard Andermyr (Rian). To give it that seal of melodic rock perfection Pink Cream 69′s Dennis Ward mixed and mastered the album, as well as playing bass and keyboards. There is also one other special guest, Eric Ragno on keyboards.The title track and ‘Holding On’ open the album in fine style, be still by beating melodic rock heart at those keys and choruses! Yes it is nothing new, but Hearts On Fire do it so well and focus on the songs/melody each time. Plenty of guitar action to be had too as ‘Rainbow’s End’ ably demonstrates, both in the chunky riffs and solo.There are of course ballads, pick of them being ‘Falling Into You’, that builds nicely to a heavier chorus. Elsewhere ‘Dancing In The Rain’ recalls late 80′s Dare, with the Europe-like ‘Lost In Paradise’ another highlight.The production is spot on as you’d expect given Dennis Ward’s involvement, with Khymera coming to mind when listening to ‘Holding On’.Nice little bonus song with an acoustic version of ‘Falling Into You’. The vocals of Richard Andermyr are something else on this one.Jean Funes wanted to capture the classic melodic rock sound of the 80′s and 90′s, which he certainly achieved with this album. It is chock full of melodic hooks, layers of keyboards and that most important factor to any good melodic rock, a fine vocalist in Richard Andermyr. Brighten up your speakers today with some Hearts On Fire!