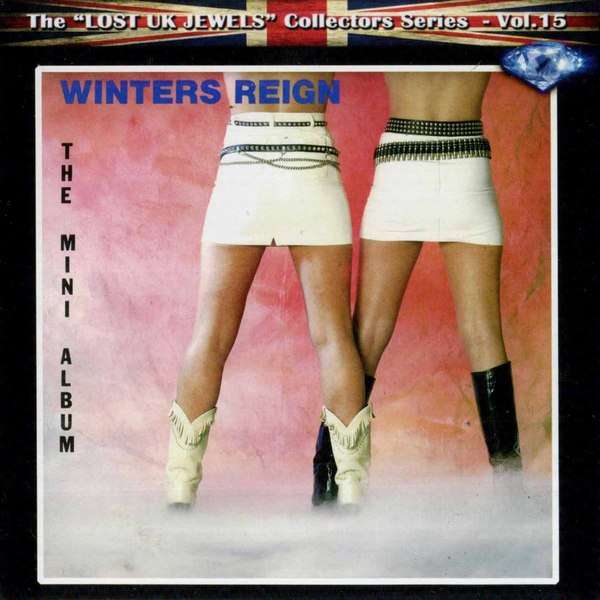 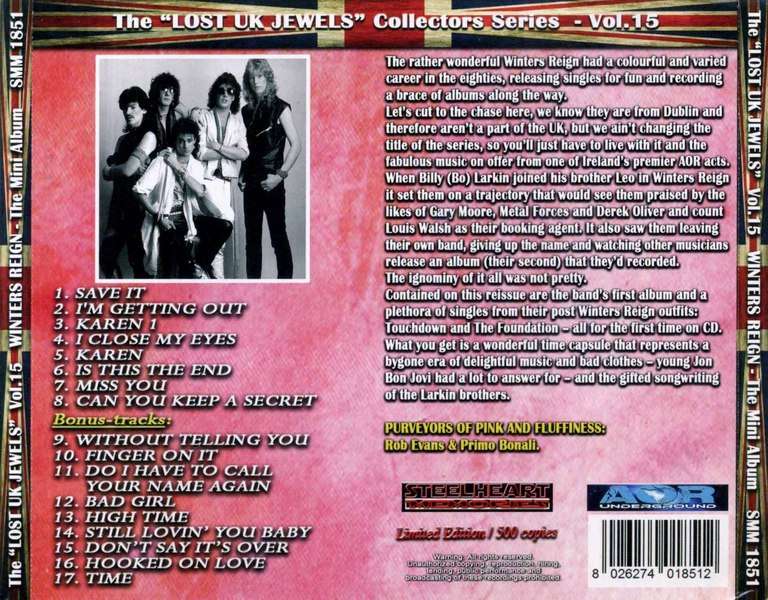 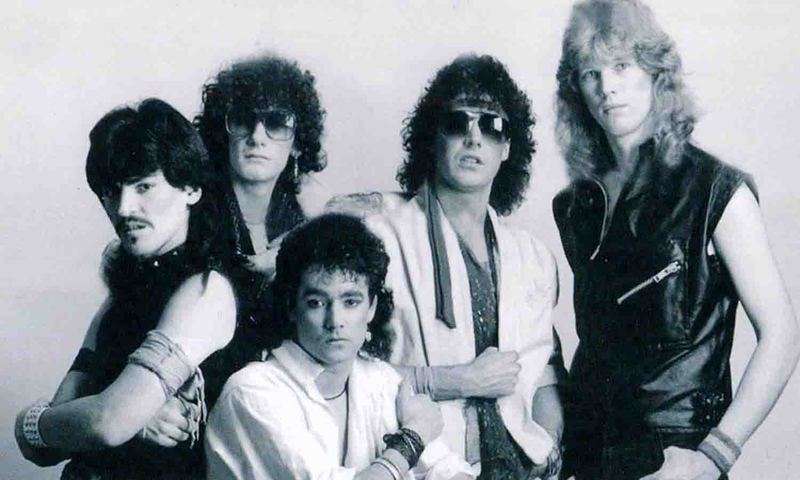 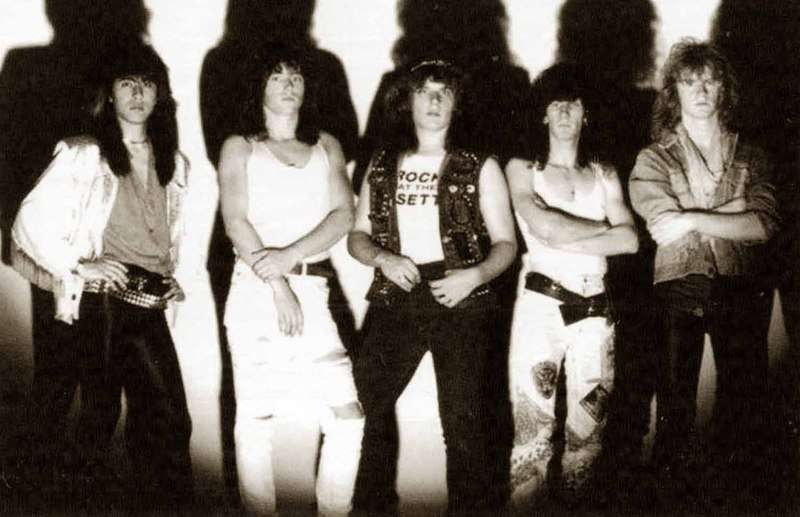 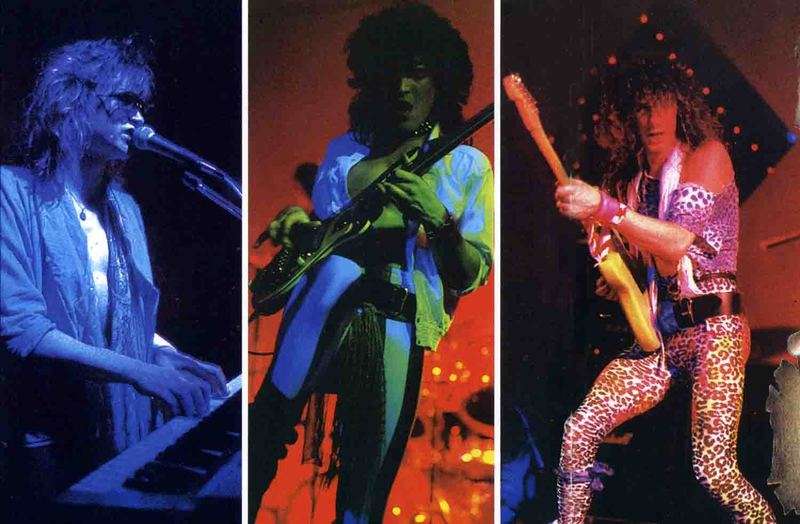 Long-lived AOR band from Dublin founded by the Larkin brothers. The original band made "The Mini Album" and it is highly rated by fans of the style (think early Bon Jovi). There was a series of lineup changes from 1984 onwards which altered the character of the band. Brian Heffernan left in 1984, replaced by Paul Dixon; Mick Cavanagh joined as guitarist/keyboards; and Stuart MacMillan was replaced by Robbie Poole (Nigel Glockler of Saxon also played with the band); Eoin O Donnell also played guitar at some point . . . This eventually led to the Larkins leaving (or losing control of) the band. A later re-vamped lineup, managed by boy band impressario Louis Walsh, made the weak "In The Beginning" LP: Rob Hurley (vocals), Mick Cavanagh (guitar), Rod Pepper (bass) and Wataru T. Noguchi (drums). This lineup played the Moscow Peace Festival at some point (anyone know the details) so presumably good quality footage exists somwhere. The Larkin brothers later returned as Foundation and Venture. They were also involved in Touchdown.

WINTERS REIGN – The Mini Album +9″, one of the most recent – and best – release from these series.Appeared before the band’s more well known ‘The Beginning’ album, “The Mini Album” is really one of the rarest and most obscure albums in the AOR history.Issued in 1985, this is pure Classic ’80s AOR with lots of keyboards, comparable to the monster FORTUNE ’85 and HARLAN CAGE LP’s. Add also some Pomp influences like LE ROUX.As bonus tracks, there’s recordings from TOUCHDOWN and THE FOUNDATION, both post Winter’s Reign outfits led by vocalist Billy “Bo” Larkin and guitarist Leo Larkin. All these tracks for the first time ever on CD, limited to 500 copies.WINTERS REIGN released the LP ‘The Beginning’ in 1987, their full length debut album, but here is the big suprise. The band previously recorded this mini-album somewhere around 1984 that even at the time resulted extremely hard to get.This lost ‘Mini Album’ contains some brilliant pure classic 80s AOR melodies with many keyboards, beautiful vocals and choruses as well as lovely hooklines. Opener “Save it” is maybe one of the best kept secrets between AOR aficionados. This is superb classy early 80s AOR / Pomprock that has influences from FRANKE AND THE KNOCKOUTS, BE TAYLOR GROUP, LE ROUX, TOUCH, ROADMASTER and SHELTER. Basically a Classic AOR gem of a song with lots of keys, harmony vocals, an infectious chorus and a great guitar solo… yes, ticks all the right boxes.“I’m getting Out” is more a Canadian typed uptempo AOR rocker with a pompous beat, a bit like QWEST. Then comes the first version of “Karen”, titled ‘Karen 1’. This song is later featured in it’s original version.“Karen 1” is a classic 80s keyboard AOR / Radiorocker that sounds like the perfect mixture between SURVIVOR, THE INNOCENT (‘Livin’ in the Streets’) and STEEL BREEZE circa ‘Heart on the Line’.Then “I close my Eyes” is a sweet, midtempo AOR ballad so 1984.“Is this the End” has a super 80s AOR keyboard sound and a huge Pomp chorus. A wonderful crossroad between FORTUNE (1985) and the old SHY. What a great tune.“Miss you” is a true Eighties keyboard based AOR ballad like SHY again very melodic and crying for radio airplay. Another winner comes with “Can you Keep a Secret”, a fantastic pomp-rocker in the style of LE ROUX and ROADMASTER.For decades impossible to find, it’s great to hear these classy 80s AOR tunes now with an really good remastered sound. And we have the great bonuses too, a standalone 7” WINTERS REIGN single, and the singles the guys recorded uder the names TOUCHDOWN and THE FOUNDATION.Awesome 80s AOR collector’s stuff