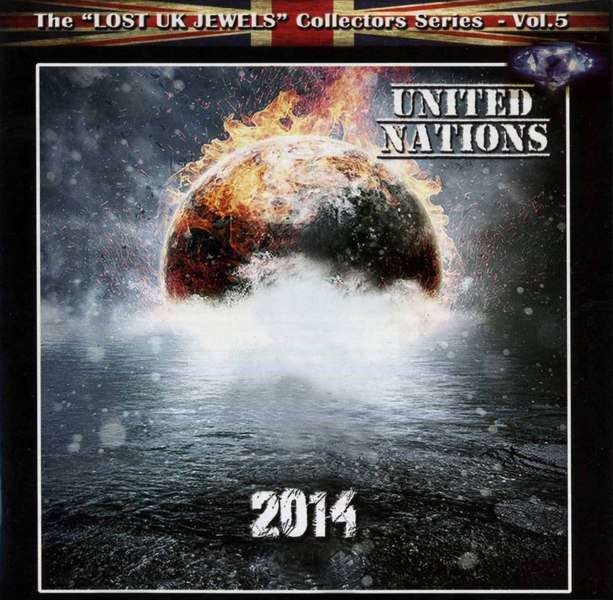 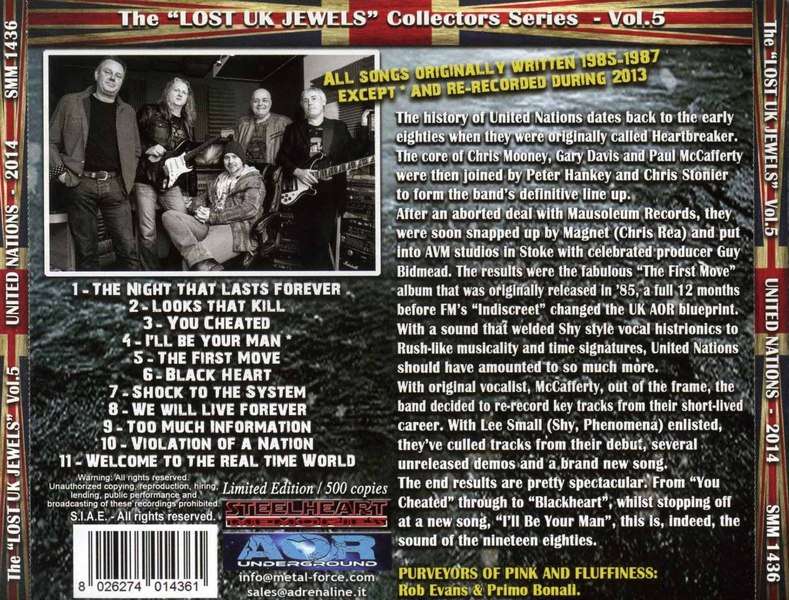 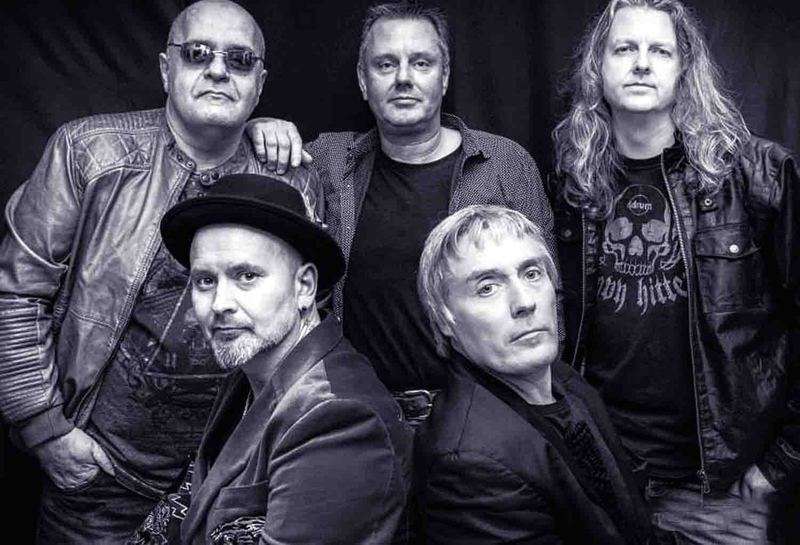 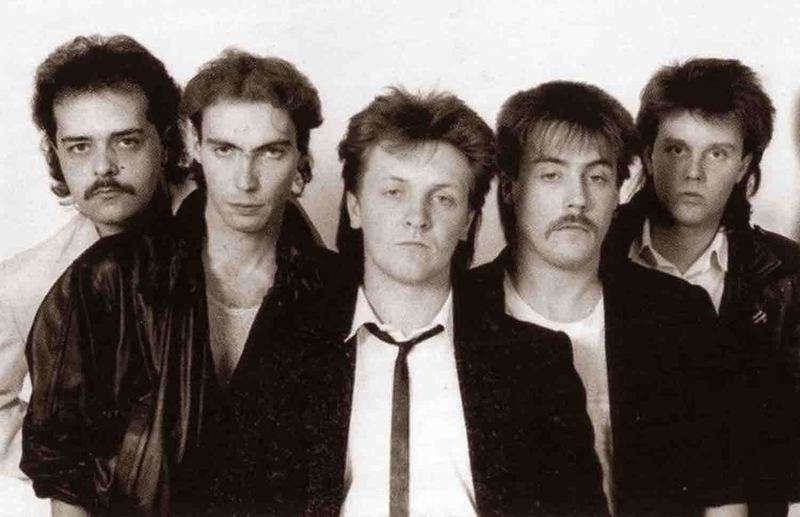 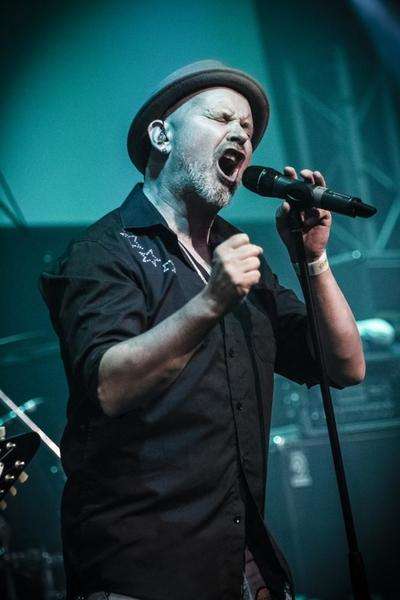 Eighties melodic rock band United Nations are reforming after 30 years and have landed a record deal.The Stoke-on-Trent band of five will play on Saturday, February 22 at Our Bar, on London Road, to launch their album 2014.The rockers have signed a deal with an Italian record company Steelheart Records.The original band members – Pete Hankey on bass, Chris Stonier on keyboard and Chris Mooney on drums – will be joined by newcomers Lee Small (vocals) and Neil Thomas (guitar).Chris Stonier, aged 48, from Caverswall, said: "We're really looking forward to our first gig back together and to launching our new album."Our band was on Radio 1 in the 80s and we all really enjoyed playing so we thought we'd get back together and give it another go."

LEE SMALL hails from a place in England known as the "Black Country" an area a few miles north of Birmingham, taking its name from the industrial landscape. The Black Country seems to have a Spiritual connection with Heavy Metal and Classic Rock bands, as legendary artists like Black Sabbath, Judas Priest, Glenn Hughes, Mel Galley, Robert Plant, Slade and many other great names in rock music all came from there.Starting out gigging at the age of just 15 years, Lee played many venues across the UK with various semi-pro bands, releasing demos and self-financed records, before finally signing his first recording contract in the mid 1990's with Native Cain.Lee is probably best known for his work with Tom Galley's Phenomena, a band that was classed as one of the first "Supergroups" in rock and metal music, when they first emerged in the 1980's. Lee recorded two released albums with Phenomena and recorded vocal for one yet to be released. Those albums also featured some of the biggest names in rock music. To name just a few..Glenn Hughes (Deep Purple) Mel Galley (Whitesnake) Tony Martin (Black Sabbath) Keith Murrell (Mamas Boys).After Phenomena, Lee joined and fronted a "regenerated" Shy from 2006 - 2013 (after singer Tony Mills left to join Norwegian legends TNT). Lee featured on their album Shy-2011, which was generally acknowledged world wide as their best album since their 1987 release "Excess All Areas".Lee is a very soulful, melodic vocalist and has been featured as lead vocalist on 16 albums. There are many more which feature Lee as guest artist, including Ginger's "Market Harbour" and also the band The Wildhearts self titled album. More recently he performed all backround vocals on Dante Fox's new album "Breathless".Some of Lee's other works are Skyscraper, Snowfall, Omega, Gronholm, Lifeline, United Nations and Arkhams Razor. Not to forget his two solo offerings, "Through The Eyes Of Robert Lees" and "Jamaica Inn".In 2016 Lee was offered the position of lead singer in Lionheart ready for their reunion gig at Rockingham Rock Festival in Nottingham, England. Initially just intended as a one-off show, the response to this performance was so amazing that the band decided to keep

Many of you fellow AOR collectors will remember the Stoke-on-Trent, UK, based band UNITED NATIONS and their one and only album released via small label Magnet in 1985. Soon after, the group went their separate ways.Now some decades later, original band members Pete Hankey on bass, Chris Stonier on keyboards and drummer Chris Mooney are back, plus new vocalist Lee Small (Shy, Snowfall) and Neil ‘Fred’ Thomas on guitar, with a fresh contract with SteelHeart Records to re-record their 80s composed songs, released as part of the ‘Lost UK Jewels‘ series, simply entitled “2014“.There’s one reason for the title of the new album: half of the songs are re-recorded key tracks from their ’85 vinyl, updated to this new era. But don’t be fooled, even the new songs (recently written) are absolutely molded in the classic AOR / Melodic Rock sound in Britain during the Eighties.You can’t go wrong with titles like “The Night That Lasts Forever”, “Black Heart”, “First Move” or “You Cheated”, all filled with melodic guitars, bouncy rhythm section and tons of keyboards in the best Tobruk, Shy, Monro, Peroux tradition, all bands contemporary with United Nations back in the day.New penned tunes such as “Shock to the System”, “Too Much Information” and “Looks That Kill” have the same UK AOR blueprint from the good all times with harmony choruses all over. They offer solid ballads as well on “I’ll Be Your Man” and the old but current mid-tempo “We Will Live Forever”.“2014” was really well produced by veteran Paul Hulme with a warm output enhancing the melodies, which rule here. The guys are seasoned musicians and know what this genre is all about.The bull’s-eye by the original members of United Nations for this recording was the hiring of Lee Small to handle the lead vocals. With his smooth tone which perfectly fits these velvet melodies he raises the bar of the final product.Only available on physical CD as part of the “Lost UK Jewels” series distributed by AOR Heaven Records – strictly limited to 500 copies – “2014” by United Nations is a no-brainer purchase (although is out of print now) for fans of Classic British AOR.