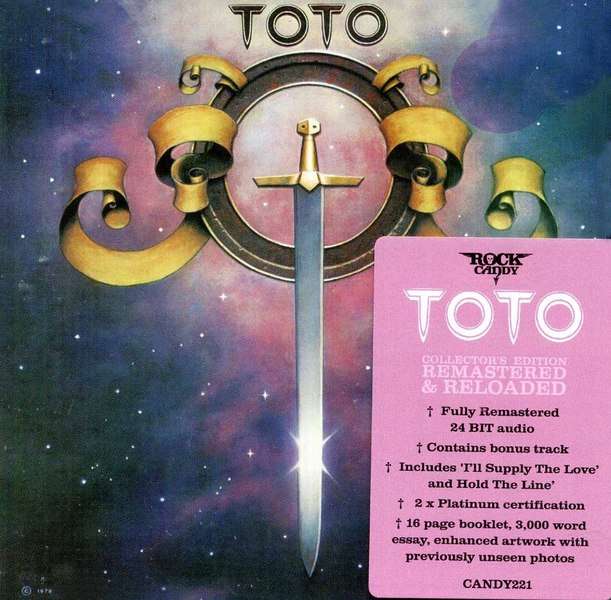 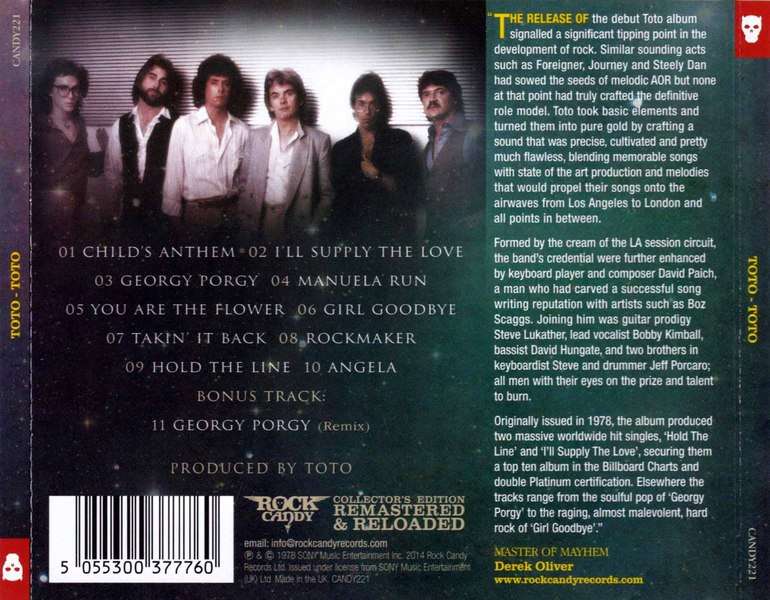 Toto is an American rock band formed in 1977 in Los Angeles, California. The band's current lineup consists of Joseph Williams (lead vocals), David Paich (keyboards, vocals), Steve Porcaro (keyboards), Steve Lukather (guitars, vocals), and Keith Carlock (drums). Bass player Nathan East is currently touring with Toto as a guest musician, as Mike Porcaro is too ill to tour. Toto is known for a musical style that combines elements of pop, rock, soul, funk, progressive rock, hard rock, R&B and jazz.David Paich and Jeff Porcaro had played together as session musicians on several albums and decided to form a band. David Hungate, Steve Lukather, Steve Porcaro and Bobby Kimball were recruited before their first album release. The band enjoyed great commercial success in the late 1970s and 1980s, beginning with the band's eponymous debut released in 1978. With the release of the critically acclaimed and commercially successful Toto IV (1982), Toto became one of the best-selling music groups of their era. They are best known for the Top 5 hits "Hold the Line", "Rosanna", and "Africa". Several changes to the lineup have been made over the years. In 2008, Lukather announced his departure from the band, and the remaining band members later went their separate ways. In the summer of 2010, Toto reformed and went on a short European tour, with a new lineup, to benefit Mike Porcaro, who had been diagnosed with amyotrophic lateral sclerosis (ALS) and is no longer an active member of the band.The band has released a total of 17 albums, and have sold over 35 million albums to date. The group was honored with several Grammy Awards and was inducted into the Musicians Hall of Fame and Museum in 2009.

Rock Candy Records did a truly excellent ‘Remastered & ReloadeD‘ reissue campaign of the catalogue from one of the pillar AOR acts of all time; TOTO.This is the band’s indispensable debut “Toto” – including the immortal song “Hold The Line” – plus a bonus track.Toto’s debut signalled a significant tipping point in the development of Rock. Similar sounding acts such as Foreigner and Journey sowed the seeds of Melodic Rock AOR but none at that point had truly crafted the definitive role model.Toto took basic elements and turned them into pure gold by crafting a sound that was precise, cultivated and pretty much flawless, blending memorable songs with state of the art production and melodies that would propel their songs onto the airwaves from Los Angeles to London and all points in between.Formed by the cream of the L.A. session circuit, the band’s credential were further enhanced by keyboard player and composer David Paich, a man who had carved a successful songwriting reputation with artists such as Boz Scaggs. Joining him was guitar prodigy Steve Lukather, lead vocalist Bobby Kimball, bassist David Hungate, and two brothers in keyboardist Steve and drummer Jeff Porcaro; all men with their eyes on the prize and talent to burn.The album produced two massive worldwide hit singles: “Hold The Line” and “I’ll Supply The Love”, securing them a top ten album in the Billboard Charts, double Platinum certification and a Grammy nomination for Best New Artist.Elsewhere the tracks range from the soulful pop of “Georgy Porgy” with some smooth jazzy Westcoast feel, to the raging, almost malevolent hard rock of “Girl Goodbye”.I really like this Rock Candy fresh remaster, because in many ways respect the original warm sound of the original vinyl LP. The difference it’s in the clarity obtained cleaning the hiss, and some gain increase.And you have the groovy ‘Extended Remix’ of “Georgy Porgy” (also known as ‘Long Version’) as bonus track.