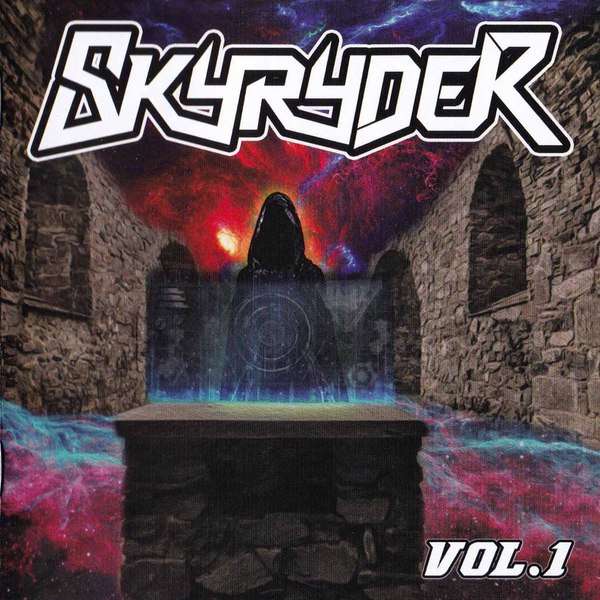 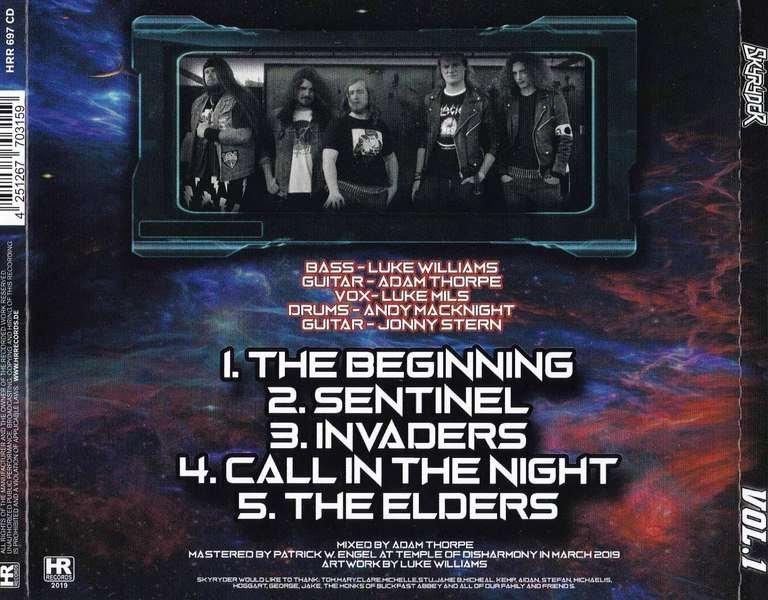 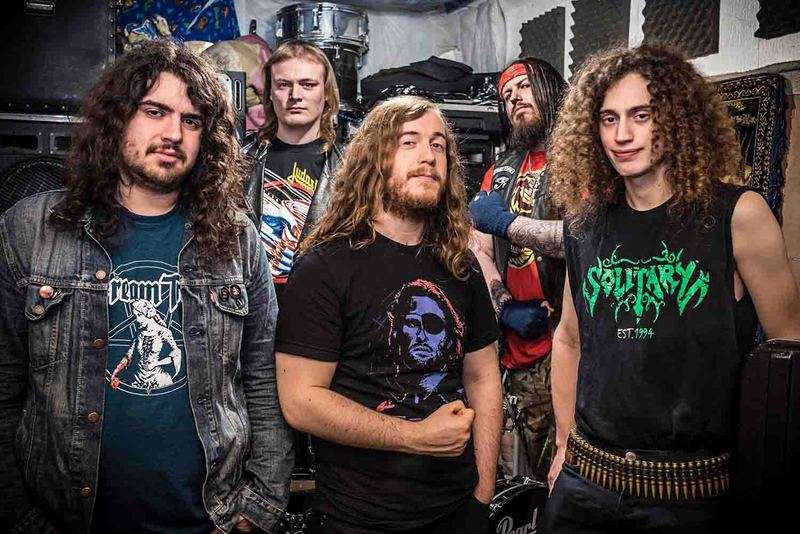 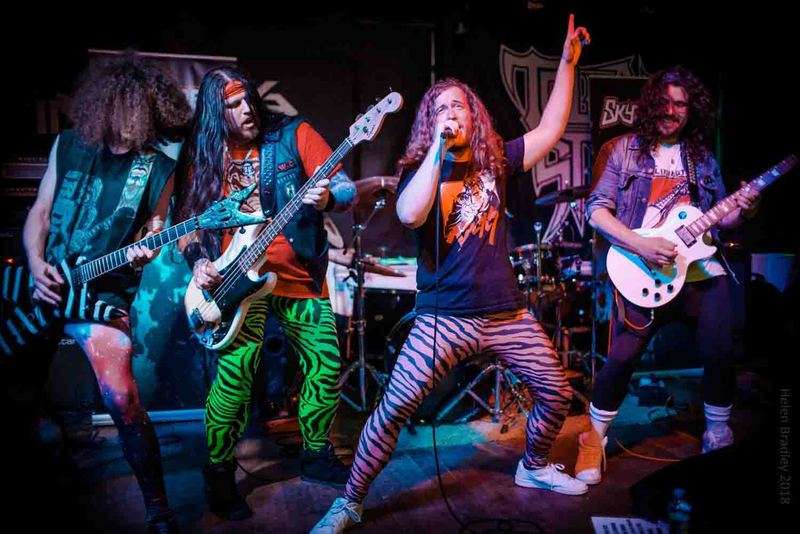 Heavy Metal from The North East with a twin axe attack.Band founded in 2016 in Newcastle/Durham, United Kingdom.It initially started as a side project for Adam back in 2016 when he was playing in Seven Sisters. It consisted of him and Michalis Moatsos from Endless Recovery on drums, they did one or two demos of the songs that would later appear on Vol. 1. When Adam came back home a few years later he met myself through a mutual friend. I was shown the stuff that was written and thought it was great, so he and I jammed for about a month together before we met Luke through an ad that was put up online. He conveniently had a practice room that he'd created in his house, that acted as our base of operations partly up until the present day. Luke had met Jonny when watching his other band(Trendkill) playing, so we managed to rope him in at around the same time. Adam knew Millsy from his time living in London and despite the distance seemed like the right man for the job. Unfortunately we are sad to say Millsy has left the band. We played a festival called Brofest this year and that was his last gig, we wish him well in the future, as for us we aren't going anywhere, we are currently on the hunt for another singer!

Cosmonaut adepts of wistfully synthesized traditional "space metal" such as Fury, Aquilla, Seven Sisters and Allagash have cause to rejoice as there's a new "traveler" on the block, propitiously named Skyryder and author, so far, of a lone, albeit highly auspicious, five track EP available on bandcamp, CD and (limited edition) cassette, with a vinyl edition - courtesy of High Roller Records - slated for release this Fall.Why the delay, already? Hop in the cockpit asap to the astrally transcendental tune of Vol.1's apt, minute-long intro, "The Beginning", and prepare to be swept away by rapid-fire, semi-thrash-y and rampant guitar riffs spliced by intensely mellifluous harmonies supplemented by a detonative, raging battery which steadfastly forces the twin-guitar quintet through the ether with the same unwavering, as well as purely gravitational, power of a feather launched in vacuum, so fleetingly powerful are the barreling rhythms of tracks such as "Sentinel (of the Spaceways)" - the opener proper - in addition to star-bound trio of equally compendious humdingers...closing with a downright memorable, if not fist-pumping and shout-a-loud, closer in "Elders" - a bona fide lead-choked gem straddling the furthest edges of the firmament (beyond the reach of the World's most powerful telescopes, now that I've set the [hyperbolic] mood, so to speak!) Happy, now? Well, for good measure, as well as (the) record, it's worth noting Skyrider features ex-Seven Sisters' Adam Thorpe, who played bass on the fellow Britons' Seven Sister's titular full-length debut from 2016 (yet was replaced by Javi Rute on their 2018 sophomore, The Cauldron and the Cross), alongside fellow axman Jonny Stern of Trendkill, ex-Culleden/Usurper drummer Andrew McKnight and bassist Luke Williams. Here, Thorpe fulfills guitar, bass and vocal duties while the lead in the latter department falls onto the shoulders of (frontman) Luke Mills, formerly of Sahara Snow. In any event (horizon), sylphlike keys opening Vol.1 parallel the start to Aquilla's recent, similarly minded EP, whilst said successor, "Sentinel", flicks on boosters while Mills proffers a slew of evocatively inflected and concise, upper-ranged - yet not quite high-pitched or vase-shattering - vox this side of the Restaurant at the End of the Universe...(We may as well go full blast and honor Douglas Adams, too!) In similarly integrated disposition as Aquilla, sonorous and clean guitar progressions slip into the fray, like at the start of "Invaders", prior to spontaneously combusting, for next five minutes, into Fury style, slick-as-a-tack, beautifully expunged solos, adventuresome bass, withal. "Call In The Night" is no slouch, either, thanks to its dapper and neo-classical ardor, not to mention ephemeral speed metal vicissitude. In addition, its gang-crowed chorus risks impinge itself in a most felicitous manner.Having attained such celestial juncture, it's a safe bet Skyryder, with its shred-flutter countenance and all-encompassing empyrean dazzle, should have no trouble reaching comparable night (bound) heights as aforementioned forebears.