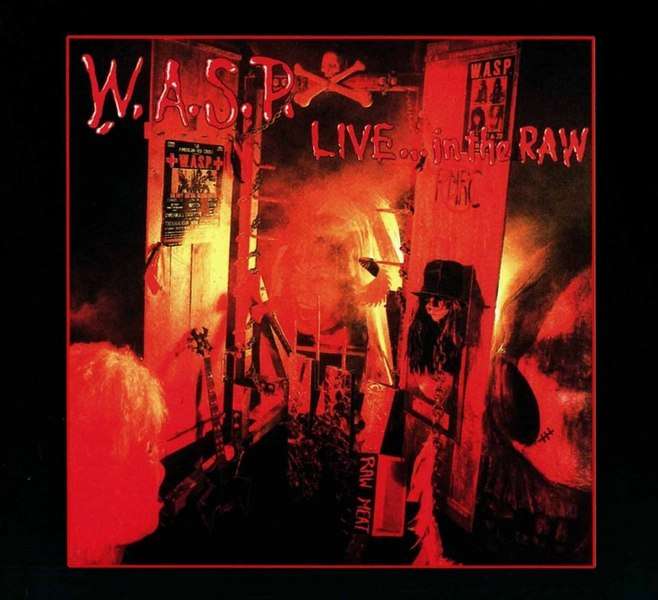 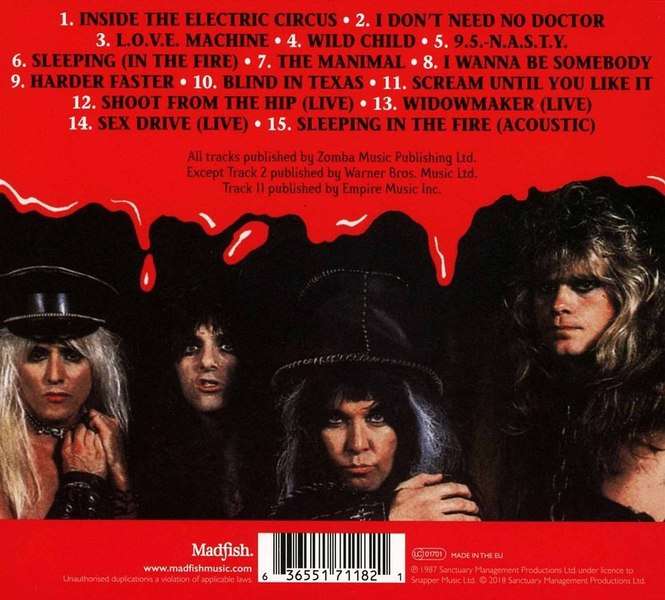 Here’s the other W.A.S.P. album just reissued 2018 by Madfish Music, a digipak CD digitally remastered version of “Live… In The Raw” plus four bonus tracks.Originally released in 1987, this album can be seen as something of a breakwater between the ‘old’ W.A.S.P. of the first three albums and the more mature sound of the releases that would follow.This is W.A.S.P.’s first live album, recorded in Long Beach at the end of the Inside of the Electric Circus World Tour. Not surprisingly, there is a chunk of songs from that album present here and they are an improvement over the studio counterparts. In fact, that statement can be applied to most tracks here, as the band is top shape.The concert has a lot of energy (still a staple of this band) and the crowd feels alive and enjoying the show.“Live… In the Raw” has no overdubs, the album doesn’t feel overproduced or polished, instead it sounds exactly how it is supposed to be if you had been there.The band members are on fire, Blackie Lawless has a great stage presence and his over the top comments are very funny. The rest of the band doesn’t take a backseat either as they provide the necessary punch to the songs, and now with this remaster you can hear a louder bass.Tracks like “L.O.V.E. Machine”, “I Wanna be Somebody” and “Sleeping (In the Fire)” confirm that they are a great live band.If you don’t like ‘Live’ albums, with “Live… In The Raw” think twice.You have two tracks written specifically for this album; the killer “The Manimal” and “Harder Faster” (which is about the PMRC declaring them “sexual perverts”). Both songs never were recorded into the studio and are exclusive to this album.Additionally, you have the new studio track “Scream Until You Like It” – written by the great Paul Sabu – recorded for the soundtrack movie of ‘Ghoulies II’.As plus, you have 3 more live cuts not present in the original release, and a new acoustic, studio recording of “Sleeping (In the Fire)”, which I like a lot.