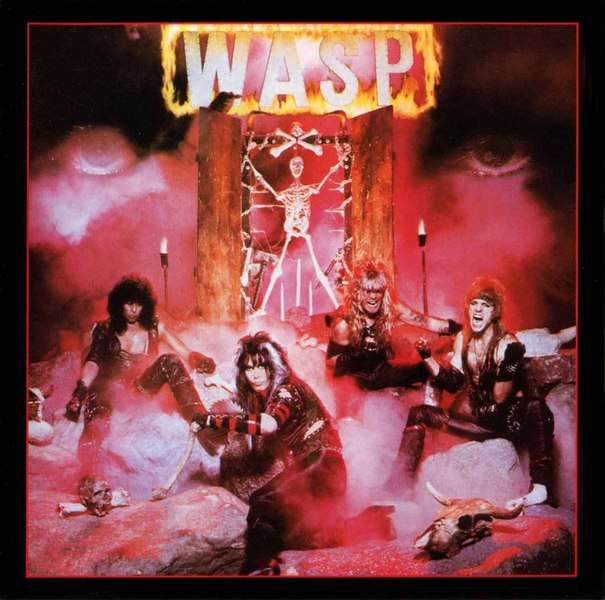 W.A.S.P. is the debut album by American heavy metal band W.A.S.P., released August 17, 1984. Madfish Music is a reputable reissue label known for quality releases, and they have just put out a digipak CD remastered edition of W.A.S.P.'s self titled full length debut plus 2 bonus tracks.As extra, we added the radio remix versions of ‘I Wanna Be Somebody (Remix)’ and ‘L.O.V.E. Machine (Rock Radio Mix)’.Blackie Lawless launched W.A.S.P. on the unsuspecting world in 1983, and before long tales of their outrageous music and intense stage shows were legendary. This debut album proves that while the theatrics and shock tactics of Lawless might have gained the headlines, it was what they did on record that gained them legions of fans.All of the songs on "W.A.S.P." flat out rock in some way or another, offering up a diverse plate of simplistic, yet engaging riffage, vocal work, and solos. A few songs are more typical of the L.A. scene with a catchy, coomercial approach, yet plenty of bite.Take the sex anthem "B.A.D." with its hooky chorus and darkly orgasmic lyrics; yes, typical of the day, but WASP's riffage and take-no-prisoner attitude turn it from glam fodder into a spirited heavy metal romp.The same goes for the melodic, but oh so catchy grooves of "L.O.V.E. Machine" and the bruising "school sux!" motif of the fun anthem "School Daze", but when W.A.S.P. turns up the metal, on man, they kill.Proper opener "Animal (F@ck Like A Beast)" - which the original label, Capitol, choose to omit from the album when it was originally released - is the sex song to end all sex songs, a midpaced pounder with a raging chorus that scandalized a portion of prudish American society in the '80s.The carnage continues with the swift uptempo metal of fan favorite "I Wanna Be Somebody", the whirlwind intensity of "Hellion", and the slow-ish, evil stomping of "Tormentor"."On Your Knees" remains a personal favorite for its gnarly midpaced aesthetics, cool throwaway riffs, and the chorus's belligerent backing vocals.This remaster sounds million bucks, and includes as bonus two 7'' single B-side non album tracks; the strident "Show No Mercy" (Animal flip side) and the Rolling Stones cover "Paint It Black", very well done with a heavy groove.This is screaming US metal the way that it was originally intended to be - catchy, energetic and a lot of fun - a classic album and the start of an amazing carreer for Lawless & co.