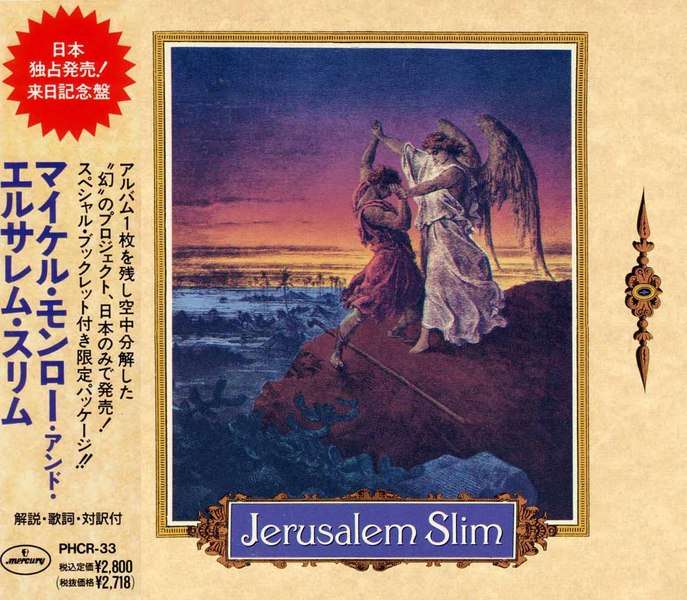 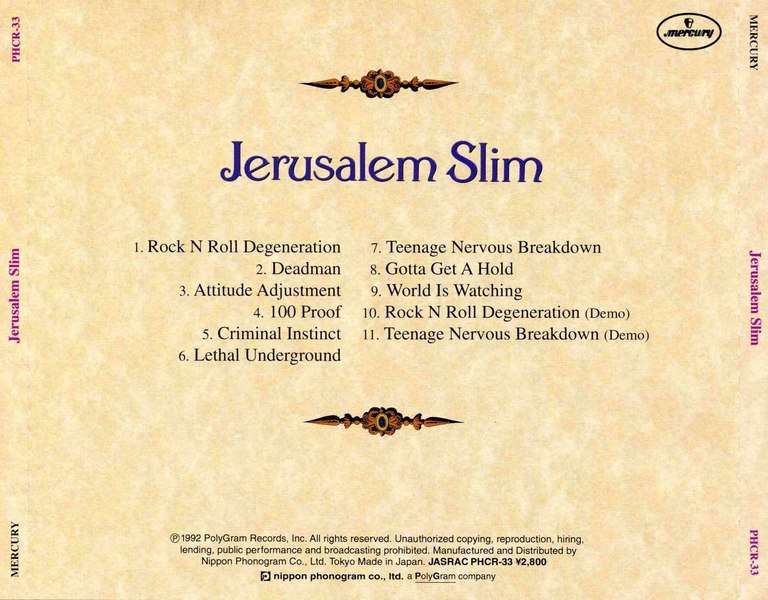 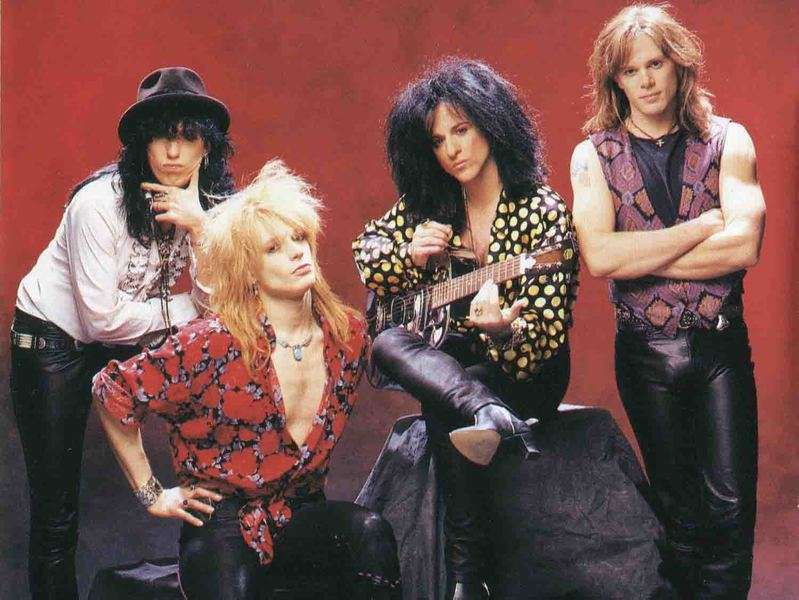 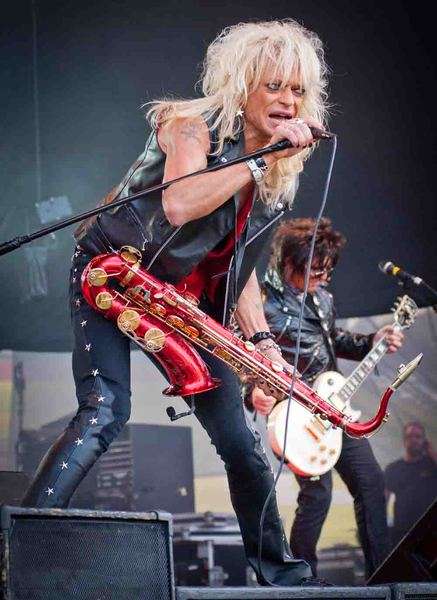 Jerusalem Slim was founded in early 90's, when Sam Yaffa moved to New York and joined Michael Monroe's band which was later named Jerusalem Slim by Yaffa's idea. After their first album which was also named as Jerusalem Slim they disbanded because of Michael and Steve Stevens' musical disagreements.Jerusalem Slim released an album titled Jerusalem Slim but broke up in 1992, due to Monroe and Stevens' musical disagreements. Next, Monroe tried to form another band called Demolition 23. with Yaffa, Jimmy Clark and ex Star Star Guitarist Jay Hening, who was eventually replaced by Nasty Suicide. Demolition 23. did release an album, titled Demolition 23. and they toured successfully, for example, in Japan and Europe, but the band broke up after Suicide announced that he would be retiring from the music business.

This album is essentially a Steve Stevens album such was Atomic Playboys his first and best solo outcome. In that project the singer involved was Parramore McCarty of Warrior fame (“Fighting for the Earth”) a very good choice, he was a metal singer in the end. Stevens seemed to search for a new singer to be associated with for this album, maybe because he thought that a famous singer with voice, attitude and image could make the album have a bigger impact on the market (like his Stevens /Billy Idol collaboration). This time he found the partner in Michael Monroe ex Hanoii Rocks. He’s not a metal singer, he’s more a rock singer, a street rock singer and more than anything else he wasn’t probably totally on the same page with Stevens musically.The albums the two had in mind were probably very different. Monroe was thinking about a street album, Stevens an hair metal, guitar pyrotechnics based one. Luckily in the end the Stevens approach prevailed, mainly because he was the author of the music. Unfortunatly though, a little influence by Monroe is audible so the album fail to be straight and pure hair metal such as Atomic Playboys was (even with the different influences Stevens put on the table). Monroe is not that singer. His vocal extension is very limited, he sings like a sort of bad Jagger copy, without his personality of course. Parramore McCarty for instance could have worked much better. All the album is very adrenalinic, pumped up and full of guitar excesses like any hair metal albums should be and there are some very good songs. “100 proof love”, “Lethal underground”, “Gotta get a hold”, “R’n’R Degeneration” for istance are very good songs with the right amount of energy, melody and hipness to be hair hits. “The world is watching” is the power ballad of the album, there always need to be one in a 90’s metal album. It’s a beautiful song, not romantic and too sweet … it is an interesting song. Here and there a couple of fillers appear, “Dead man” for instance doesn’t mean that much, the arrangement is too full and there’s not a clear melodic idea to support the song.“Teenage nervous breakdown” is a “traditional blues” (I, IV, V chords) pumped up, but really nothing special, I don’t know if Monroe is responsible for this choice or if Stevens decided to give Monroe something to let him feel more comfortable. A weak tune, even if Stevens guitar work is stellar as always. Having said that the singer is nothing special, that a couple of songs are filler, I have to say that Stevens guitar work is brilliant and the production is great, the album sounds very very good, with the right amalgama between the instruments. And Stevens played extremely well from a guitarist point of view, as rhythmn player and as a soloist.Three or four riffs are strong and powerful. Brilliant! It was his time, he was playing really great. I like the whole sound of the album very much too. Compared to the Vince Neil album “Exposed” played and producted by Stevens too, I prefer this one. I’d like to end with a comment on the bonus tracks. My edition, which is japanese has only the two “demos” of “R’n’R degeneration” and “Teenage nervous breakdown” but lacks “Scum lives on”. The two demos are absolutely nothing special or particularly interesting. It was a bad choice to release these two as bonuses instead of 2 true new songs. The third song, I checked it on youtube “Scum lives on” is another filler one, really nothing particularly appealing, rightly taken out of the final list. In the end an album with lights and shadows. Fantastic guitar work by Stevens, very good production, some good songs, a singer which added nothing but detracted something to the work, some filler songs, forgettable bonuses tracks. You know what happened in those years.Grunge appeared on the scene and some very intelligent music executive thought it was the next big thing and started investing on that garbage let many valuable metal music projects die overnight. To support three chords horrible bands!!! Gosh. Considering that works by Stevens are few, I suggest the purchase of the album to people interested in his playing.