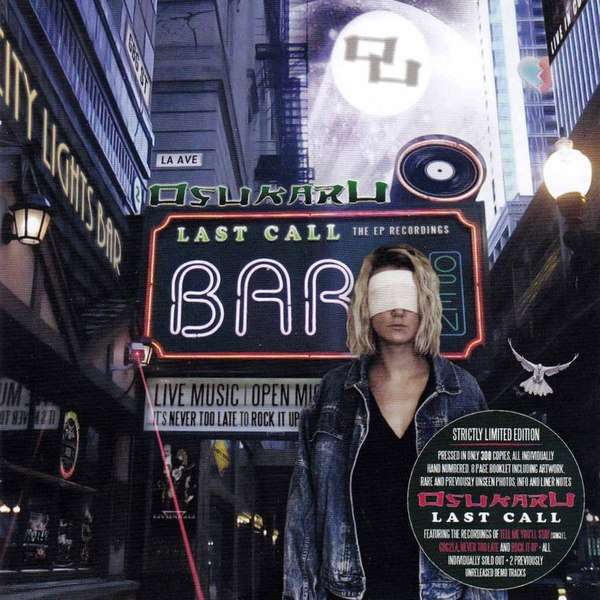 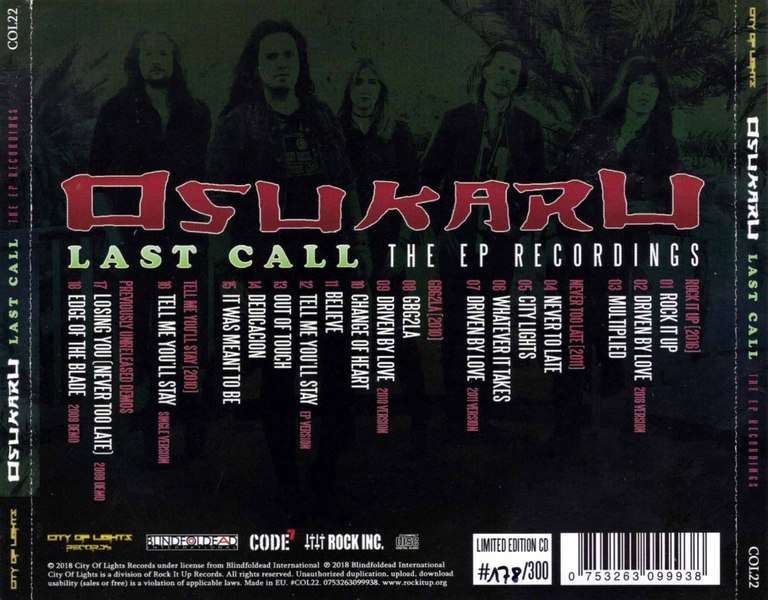 OSUKARU is the brandchild from the ex. EYE guitarist Oz Osukaru who had the dream of creating a Swedish / American hard rock outfit having big melodies, catchy hooks and the classic stadium sound. After teaming up with the awarded Los Angeles born drummer Ryan Coyle, the spine of OSUKARU's major songwriting style was born.In 2011 OSUKARU did some line-up changes and today the band is stronger than ever. With Oz Osukaru, Ryan Coyle and the lovely Emma Lee Gunnari on bass, the ex. SEVEN TEARS and PLATITUDE keyboardist Kristofer von Wachenfeldt has joined the band together with a brand new talent to be explored; lead singer Carl "CJ" Johan. And what a line-up it is!OSUKARU is the brainchild of Swedish guitarist, keyboardist and songwriter Oz Osukaru who wanted a melodic rock band delivering not only good music but an entire "all inclusive" AOR experience with the music, image and artwork - all being well thought out.The band have been consisting of various constellations but the current line-up is by far the most interesting. Having both male and female vocals on top of a big AOR soundscape where edgy hard rock guitars, atmospheric keyboards and a slick saxophone comes together makes the music of OSUKARU something special for every fan of melodic rock.On their new mini-album "Transition" we get everything from solid AOR to classic hard rock mixed with a slightly progressive edge, along with some re-recorded favourites from their earlier releases. The album was mixed and mastered by Attila Bokor (Morph, BOA) and Kevin McNoldy (Dave Matthews Band, Backstreet Boys) who together brought out the biggest production yet on an OSUKARU release."Transition" comes out march 2015 on CD (City of Lights Records) and digital download (Simply Boundless Records) with both versions including a booklet (PDF file on the digital version) packed with artwork, photos, lyrics, credits and liner notes plus one exclusive bonus track on each format.

“Last Call : The EP Recordings” is the name of Swedish melodic rockers OSUKARU limited edition disc consisting of 300 copies, now out of print. The CD is unique, limited and numbered, including all Osukaru 3 EP remastered plus unreleased material.This compilation is a very nice way to resume Osukaru’s search for their own sound all over the years, featuring different vocalists and musically ranging from melodic rock to AOR.Many of these songs are not present on the band full albums, and we have some exclusive bonus as well. There’s a complete booklet with all lyrics and cool photos.