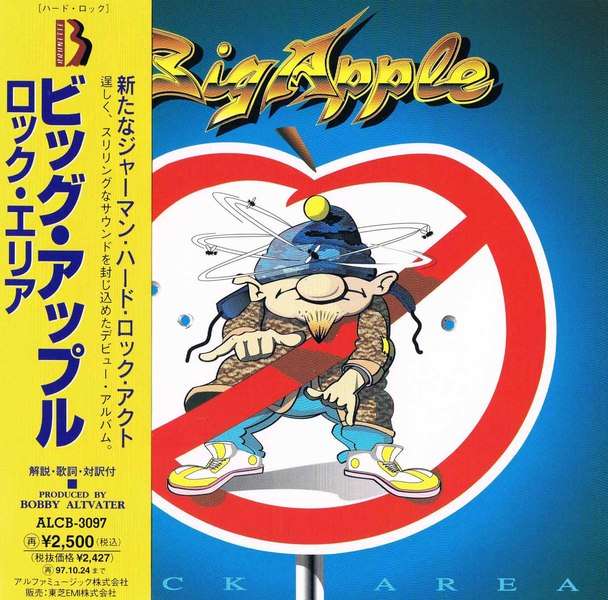 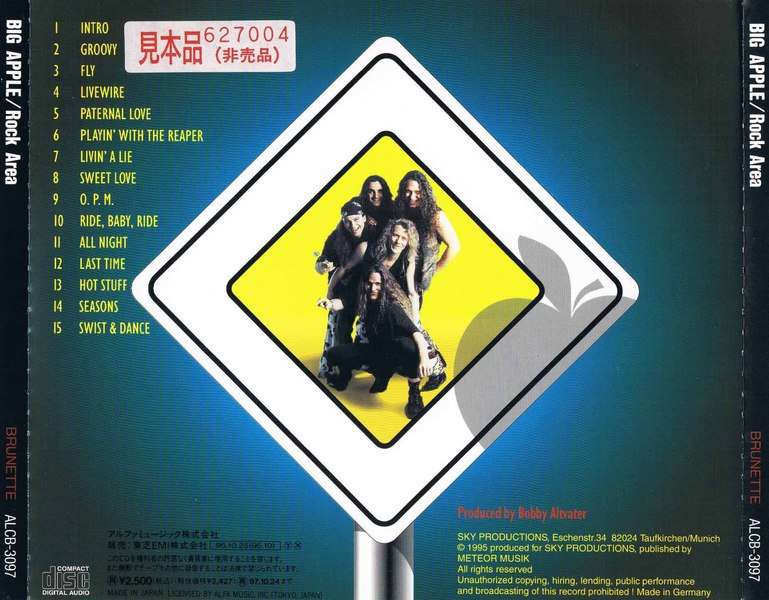 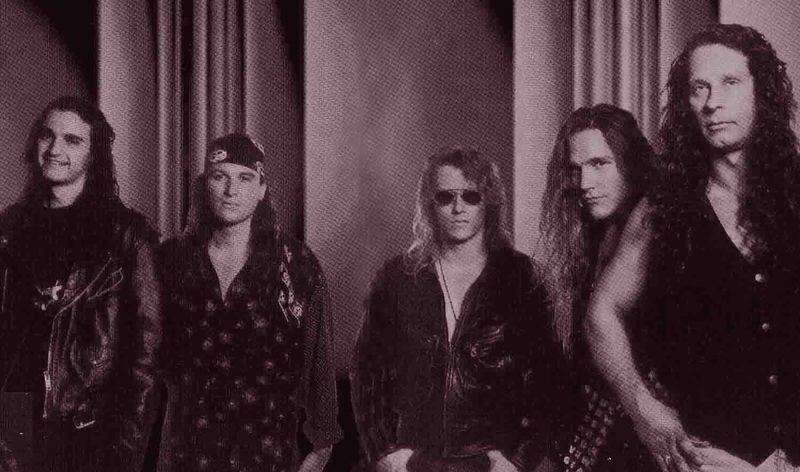 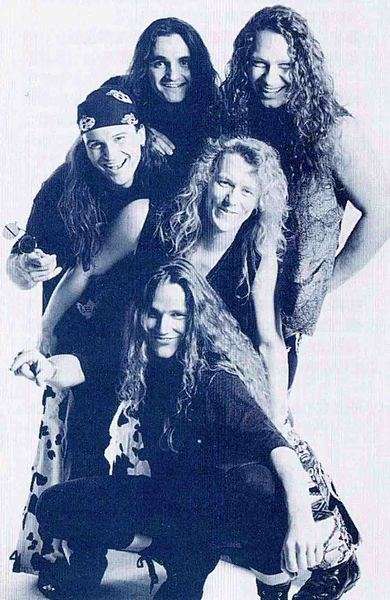 There's really not much to learn about the German band Big Apple on the Internet.In the early 90s they were known in the rock scene around Munich and released their first and only album "Rock Area" under the label Point Music 1996. A band with 5 talented guys like Bernard Wolf (singer), Ray Swist (guitar), U.K. Heaven (bass), Ramy Ali (drums) and Mash Winning (keyboard) should be remembered. As a supporting act, they were on tour with Pretty Maids.

That something like that still exists in 1996: five musicians apparently trimmed to party rockers who are not afraid to pay homage to girls like Dolly Buster or Elle McPherson in their Special Thanks list and to themselves flowery pseudonyms like U.K. Miss Heaven. That deserves respect (probably a tired grin - Red.) And is definitely not in the current trend, which can also be said of the music of the quintet. Party-compatible hard rock based on the American pattern is the order of the day at BIG APPLE, and I would dare say that such a sound would have been cleared up in the late eighties. Nowadays some of the 15 songs on "Rock Area" look a bit antiquated, which doesn't change the fact that the guys are technically up to date. Above all, guitarist Ray knows how to convince with some cabinet pieces, but sometimes exaggerates a little. If you like tracks like Dokken-like 'All Night', 'Paternal Love' or 'O.P.M.' liked, the album can confidently grow.The cover is quite funny and does not suggest anything about the style of music. The music moves like the first song "Groovy" reveals just groovy with a lot of dirty guitar parts. "Fly" is a little reminiscent of jazz with some power behind it. "Livin'A Lie", "Last Time" and "Ride, Baby, Ride" are the typical melodic rock songs to rock out. Hard noisy guitars paired with powerbass and catchy beautiful chorus to sing along to. "Sweet Love" is a ballad alla Harem Scarem or Subway. "OPM", "Livewire", "Paternal Love", "Playin´with the reaper", "All Night", "Seasons" and "Hot Stuff" cannot be categorized ..... hhhmmm, I would say a mixture from XYZ to Glass Tiger parts and some akapella. The only slip is the instrumental song "Swist & Dance" sounds like a mix of Spanish dance and bad techno but otherwise a passable album.