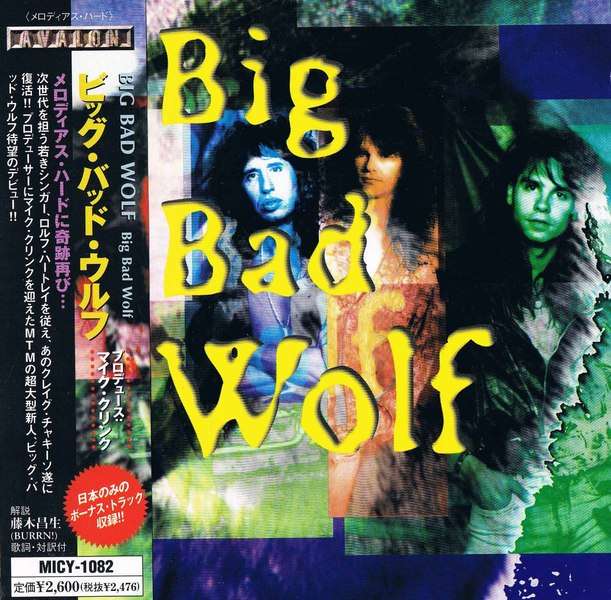 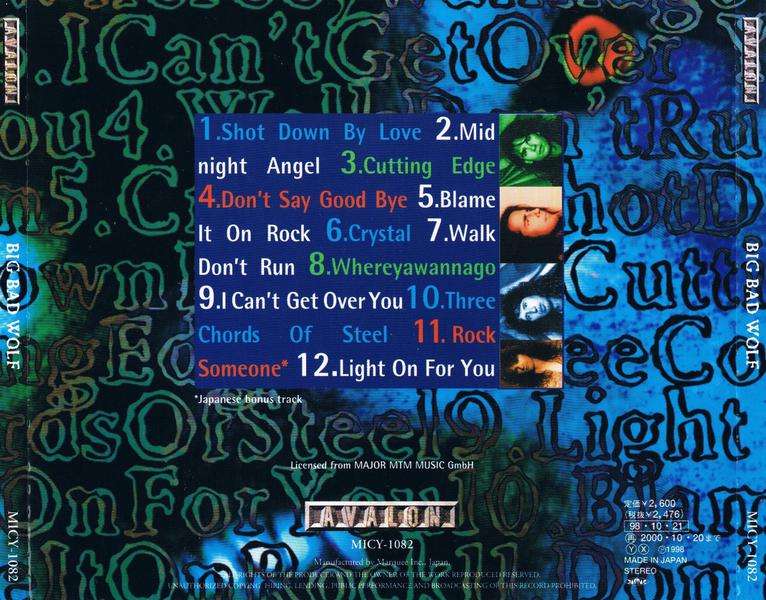 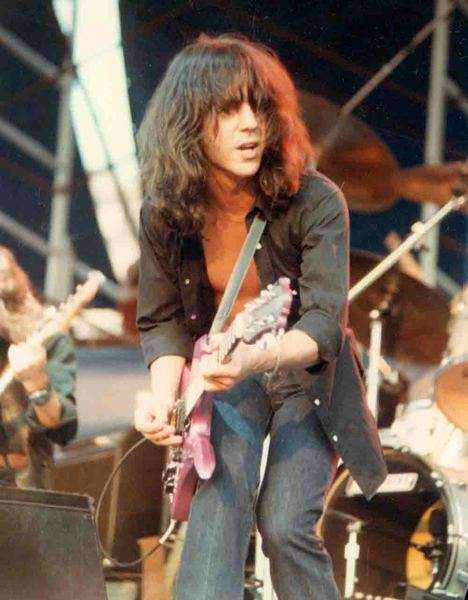 BIG BAD WOLF came to prominence in the Melodic Rock mainly for the inclusion of JEFFERSON STARSHIP and STARSHIP guitarist CRAIG CHAQUICO alongside his STARSHIP colleague and bass player Brett Bloomfield, a man who also cited credits with SNAIL and LE MANS. Performing on drums would be Kenny Stravopoulos of LE MANS and CACOPHONY. Bloomfield hooked up with DEEP PURPLE vocalist IAN GILLAN on one of his solo ventures during which the band pulled in Mario Cippolina of HUEY LEWIS & THE NEWS as a stand in. Despite high profile support slots to SAMMY HAGAR and strong major label interest the band ultimately folded with Chaquico hitting the solo trail.

Craig Chaquico or Chaquiço born September 26, 1954 is an American guitarist, songwriter, composer, and record producer, of Portuguese descent.He is a founding member of the rock bands Jefferson Starship and Starship and the only member of both bands to play on every song, album, tour, and video. Since 1993, Chaquico has pursued a solo career as a contemporary acoustic jazz guitarist and composer.Chaquico started playing guitar in clubs when he was fourteen. Two years later, he was asked to join his English teacher, Jack Traylor's, new band, Steelwind, which performed in the Sacramento and San Francisco Bay Areas.Paul Kantner of Jefferson Airplane saw him perform and invited him to a series of recording sessions and concerts. Chaquico's first recording with Kantner and Grace Slick was in 1971 on their album Sunfighter, followed by Baron von Tollbooth & the Chrome Nun. He played on Slick's solo album, Manhole, in 1974. During this period, members of the Jefferson Airplane, Grateful Dead, Quicksilver Messenger Service, and Crosby, Stills and Nash often appeared together in concerts and recordings, and he played alongside Jerry Garcia, David Crosby, David Freiberg, and Carlos Santana.When he joined the newly formed Jefferson Starship touring band in 1974, Chaquico expected to go back to school after one tour. Instead, Slick and Kantner invited him to join the band permanently. Chaquico played a crucial role in launching Jefferson Starship into commercial success. The band eventually earned twenty platinum and gold albums including Red Octopus which was certified double-platinum in 1995. Chaquico was the only member to appear in every recording, album, tour, and music video. He wrote or co-wrote Jefferson Starship's songs "Fast Buck Freddy," "Love Too Good," "Rock Music," "Jane," "Find Your Way Back," "Layin' It on the Line",and "Light the Sky on Fire". Jefferson Starship performed the song "Light the Sky on Fire" for the Star Wars Holiday Special in 1978.On April 22, 1974, San Francisco Chronicle music critic Joel Selvin wrote, "Guitars are the best thing about live rock bands and Chaquico is easily the best thing about Starship."Carvin Guitars began placing advertisements in Guitar Player magazine and Guitar for the Practicing Musician during the 1980s featuring Chaquico and his Carvin V220 and double neck electric guitars X100B amp stacks,which became their best-selling products through the 1980s.The name Jefferson Starship was legally retired by all band members in March 1985 after Paul Kantner left the band and renamed it "Starship". All other band members, including Chaquico, remained with the band.Starship recorded hits such as "We Built this City", "Sara", and "Nothing's Going to Stop Us Now". Chaquico and Starship were in MTV videos on a regular basis and appeared in the first MTV Spring Break special in Daytona Beach in 1986.Chaquico left Starship in 1991, and soon after, the band announced that it would quit.Having become disappointed with the musical direction Starship was going, Chaquico formed Big Bad Wolf, a hard rock band which recorded one album before disbanding.He began a solo career that explored world music, New Age,and contemporary jazz. His first album, Acoustic Highway (1993), was the number one Independent New Age Album of the Year in Billboard Magazine and a number one on the Billboard New Age Albums chart,while his second album, Acoustic Planet (1994), reached number one on the same chart and received a Grammy Award nomination for Best New Age Album. The album borrowed from African and Native American music.The song "Just One World" was launched into space on a satellite that was part of NASA's Space Ark program.His most recent album, Fire Red Moon, was Chaquico's first blues album and it reached number fifteen on the Billboard blues chart.Chaquico was named Best Pop Instrumental Guitarist in Guitar Player magazine's 1997 Readers' Poll.

Big Bad Wolf was a sadly short-lived hard rock b side project of the legendary guitarist/songwriter Craig Chaquico, who played lead guitar with Jefferson Starship and later Starship. When Starship broke up in the early 90’s, Chaquico formed Big Bad Wolf complete with a good-looking rock singer, long hair, and power chords, continuing in the same vein as Starship, recording one eponymous titled album before disbanding. The problem was that it was 1991 and the rage was Seattle grunge music. Big hair was out, power chords were out, and ‘80s rock bands were out.Despite months of showcasing, and the push of respected management, record labels weren’t interested. Big Bad Wolf’s line up included vocalist/guitarist Rolf Hartley, bassist Brett Bloomfield (Starship, Snail, Le Mans, Gillan) amd drummer Kenny Stavropoulos (Cacophony, Le Mans). Bloomfield hooked up with Deep Purple vocalist Ian Gillan on one of his solo ventures during which the band pulled in Mario Cippolina of Huey Lewis & the News as a stand in. Despite high profile support slots to Sammy Hagar and strong major label interest the band ultimately folded with Chaquico hitting the solo trail.