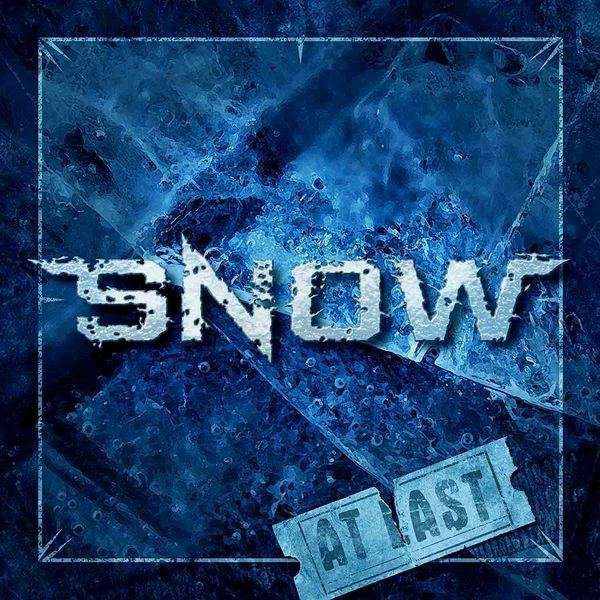 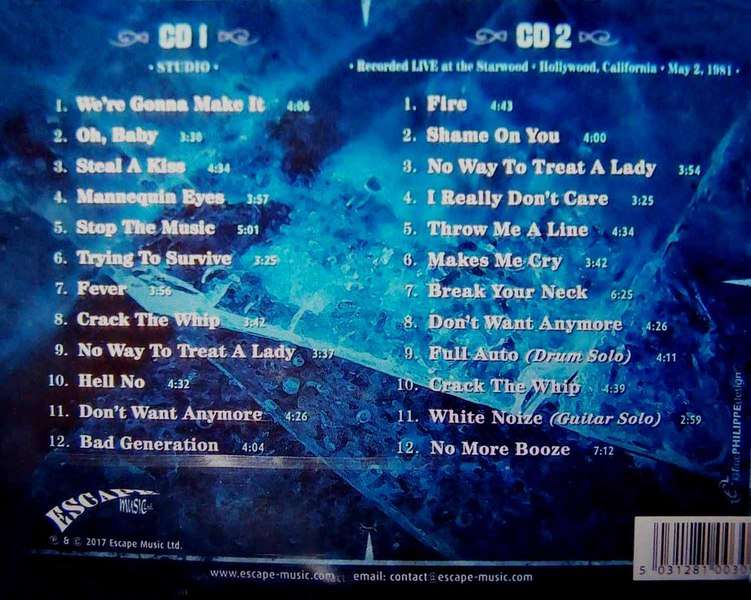 Carlos Cavazo, guitar: who enjoyed platinum record selling success with "Quiet Riot" in the 1980s (Quiet Riot’s “Metal Health” album went to #1 in the US charts in 1983 and sold 6 million copies) and most recently with "Ratt" (2010) “Infestation” album and tour.-Tony Cavazo, bass: co-wrote the top 40 single "Metal Health (Bang Your Head)" (Quiet Riot) and recorded 3 albums and toured with "Hurricane".-Stephen Quadros, drums: recorded the “From The Beginning” album with “7th Sun”, and performed live in concert with Mike Pinera (Blues Image), Dennis Dunnaway (Alice Cooper) and Albert Bouchard (Blue Oyster Cult). Outside of music Quadros has become internationally known as a television commentator in the mixed martial arts world for his work with Showtime Networks (Strikeforce) and Pride Fighting Championships, as well as the being on the “Pride Mode” in the “UFC Undisputed 3” video game.-Andrew Freeman, vocals, guitar: who toured with "The Offspring" and "The Lynch Mob" (including their appearance on The Tonight Show with Jay Leno). Andrew is also currently the lead vocalist with "Hurricane".-SNOW was originally comprised of Carlos Cavazo, Tony Cavazo, Stephen Quadros and Doug Ellison on lead vocals, where in the late 1970s-early 1980s the group performed regularly at The Whiskey A Go Go, The Starwood, The Troubadour, Golden West Ballroom, The Cuckoos Nest, Pookies and The Woodsound, along with headline shows at The Santa Monica Civic and The Pasadena Civic. The group released a self-titled 5-song EP in 1980 that included popular SNOW songs "Crack The Whip" and "No Way To Treat A Lady". Snow's music received radio airplay on KROQ and KLOS. The original Snow EP has become somewhat of a collectors item.SNOW has inked a deal with England's Escape Music, and the band's historic "SNOW: At Last" album will soon be released. Stay tuned here for details...

Formed from the ashes of Speed Of Light by the Cavazo brothers – guitarist Carlos and bassist Tony – Snow should’ve been as huge as Van Halen. Sadly, the quartet (the line-up is completed by vocalist Doug Ellison and drummer Stephen Quadros) just couldn’t get signed for love or money. However, as you will discover, the Californian band would still have a great deal of influence on the early 80s American metal scene ...“My brother Tony and I formed Speed Of Light with a drummer by the name of Perri Strong in 1973,” explains Carlos Cavazo. “Tony and I did all the vocals. I hated singing, but we couldn’t find anyone who could sing at the time, so we were stuck doing the vocals. We were a cover band, but we nevertheless were able to gain some local notoriety.”“We were a hard rock band playing backyard keg parties and thirty minute lunchtime shows at High Schools,” adds Tony Cavazo. “When we first put the band together, we were both guitarists and we had a bass player, but he went on vacation with his parents for a month. He had left his bass and amp at Perri’s house where we rehearsed. I picked it up and from that moment on, the bass became my instrument. When our bassist came back we had to tell him that I was playing bass in the band now.”The search for a lead singer had ended with the recruitment in 1976 of Fred Dehut, who joined alongside new drummer Roger Singer. Dehut would last until mid 1977, at which point the legendary Doug Ellison came on board. The name change to Snow occurred soon after.“We met Doug through a musicians' contact service in Hollywood,” recalls Carlos. “At that time Tony and I were sharing a house in Newport Beach. When Doug joined the band he moved in with us. It was definitely a party house!”“I auditioned and moved in the house shortly thereafter,” adds Ellison, having relocated to California from New York City. “I had been in a band called The Flying Tigers and played in Manhattan with the likes of the Ramones, Blondie and Talking Heads at CBGB’s and Max's Kansas City. I moved west to get serious.”In the summer of ’78 Roger Singer left the band, and Snow decided to move to L.A.“I was living in a very dangerous neighbourhood in Hollywood at the time,” remembers Stephen. “I think either I had an ad in the ‘Recycler’ newspaper or the band did. I was out of practice at the time but their music was right up my alley. So when we got together, in their garage, the chemistry was immediate. And when we launched into an impromptu version of Montrose’s 'Space Station #5’, we all knew.” “We started out playing clubs and backyard parties; basically any gigs that were paying money,” recalls Carlos. “We did our share of backyard parties, and getting them raided by the police because we were so loud,” Stephen chuckles. “But it wasn’t long before we were playing clubs like The Whisky A Go Go, The Troubadour and The Starwood.”Becoming regulars on the L.A. club circuit over the next two years, Snow built up a healthy and fervent following, playing alongside contemporaries as Smile, Pretty Poison, Eulogy, A La Carte, White Sister, Pegasus, The Boyz, Quiet Riot and London. The latter’s bassist Nikki Sixx would also open for Snow on two occasions in Mötley Crüe’s formative club daze. Snow also opened up for Johnny Winter, Starz, Spirit and Canned Heat.“Like any other band it took us a while to garner a following and to tighten up our live presentation,” recalls Quadros. “We definitely paid our dues and slowly began to reap the rewards. One thing that was a constant however, was that we always had loads of raw energy! Thus our tagline ‘Pure Uncut Rock’! This was a result of the natural or unnatural, whichever way you look at it, chemistry between all of us.”By this point Snow had begun to gather together recordings of their original material.“Our first demos were recorded in our rehearsal studio with a 4-track,” states Carlos, “but I think the first pro-recordings we made were for the EP. We managed to build a large following and our EP helped immensely. When the EP came out, I noticed the crowds getting bigger. And we did have a pretty cool stage show. Between what we had, and what our management invested into the band, we were pretty fortunate to have decent gear.” The Snow EP was something of a legend, even in the early 80s. Released on their own Dynamic imprint, it was extremely limited, with distribution appearing to centre solely on the L.A. area and particularly the band’s gigs. Consisting of five tracks ("No Way To Treat A Lady", "Hell No", "Crack The Whip", "Bad Generation" and the absolutely skull crushing "Don’t Want Anymore") , the EP found Snow in utterly ferocious form. What it lacked in state of the art production, it more than made up for with its sheer ‘take no prisoners’ attitude and ‘pure uncut’ energy.

Live LA at the Starwood back in May 1981