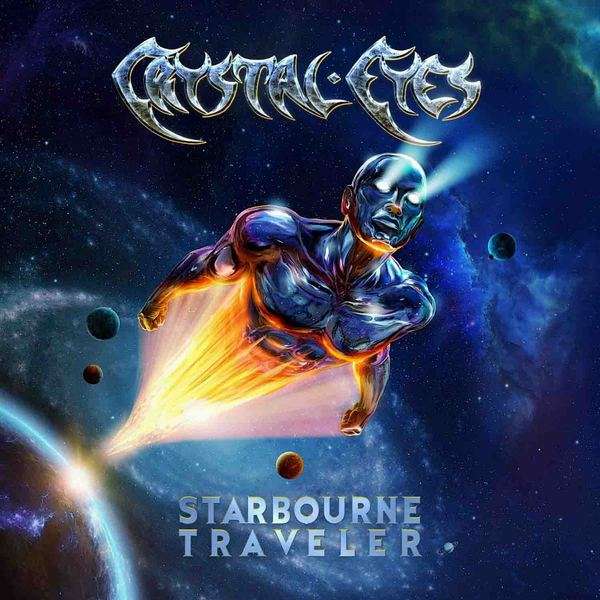 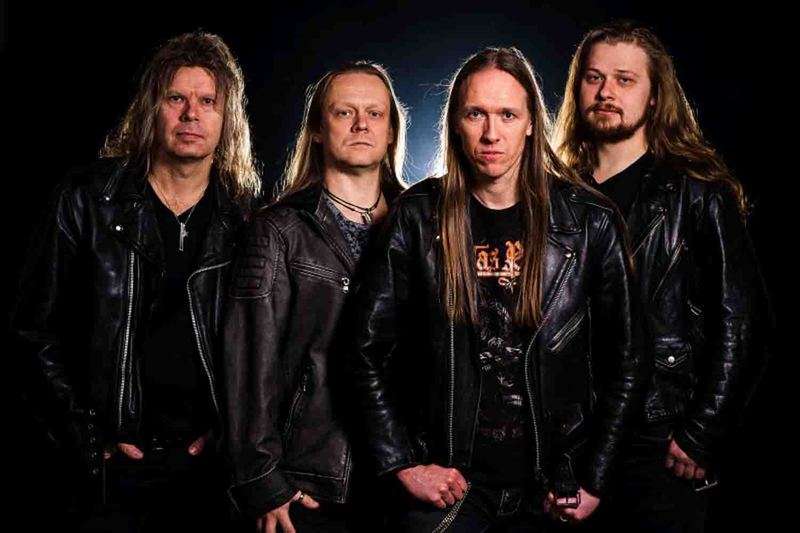 Crystal Eyes was formed in 1992 by Mikael Dahl and Niclas Karlsson to keep the legacy of Heavy Metal set in the 80's by Judas Priest, Iron Maiden, Black Sabbath, Accept etc. A strong underground reputation was built during the mid 90's with 4 official demo-tapes. In 1996 Crystal Eyes launched their official website and supported Blind Guardian the same year. The debut "World Of Black And Silver" (1998) and the follow up "In Silence They March" (2000) were released by CLM. The records received great reviews and Crystal Eyes could be seen supporting bands like Yngwie Malmsteen and Candlemass. The 3rd album "Vengeance Descending" (2003) was recorded and mixed in Crystal Eyes newly built own studio and featured guest vocals by Gerd Salewski (ex Chroming Rose) and Daniel Heiman (ex Lost Horizon). The record was released by Heavy Fidelity and gave Crystal Eyes a spot on Sweden Rock Festival in 2003. Mikael who'd been the guitarist, vocalist and songwriter since the beginning felt it was time to take a step back from the microphone. The 4th album "Confessions Of The Maker" (2005) featured Daniel Heiman on vocals. This year Crystal Eyes was the opening act on Sweden Rock Festival and this became the only appearance with Daniel. By the end of the year a permanent singer was found in Nico Adamsen. Before the 5th album the band decided to take a step up in the production. "Dead City Dreaming" (2006) was recorded at Crystal Sounds and mixed by Fredrik Nordström at Studio Fredman. This co-operation was so successful that Nordström directly was hired for the next record. The 6th album "Chained" (2008) was released by Metal Heaven. In 2009 Nico explained that he didn't have time to play live and since Mikael was handling the vocals on rehearsals, demo-recordings and in the Judas Priest tribute band Defenders Of The Faith it was clear that he was the right singer for Crystal Eyes. The 20th anniversary in 2012 was celebrated with special gigs including former members and songs from every record. With Mikael back on lead vocals the band recorded their 7th album “Killer”, which was once again mixed at Studio Fredman and released by Massacre Records in 2014. In early 2015 it was clear that something was wrong and the chemistry in the band didn't work anymore, so Mikael and Claes Wikander who were the only members featured on all Crystal Eyes albums felt it was time for a break. Mikael and Claes continued their path of Heavy Metal in Defenders Of The Faith which since 2014 included the fantastic drummer Henrik Birgersson. After 2 years of convincing drumming Henrik was invited for an audition and got the job right away. For the second guitarist the band didn't have to look far. A young band called Amnesia had recorded a demo in Crystal Eyes studio a couple of years earlier and the talented Jonatan Hallberg had made a real impression. Jonatan was the first and only choice and after one rehearsal in 2017 the strongest line-up in Crystal Eyes history was complete. After an acclaimed performance at the Trvheim Festival in Munich in late 2018 the new line-up went back to the studio to record 10 songs for the upcoming 8th album.

It takes Mikael Dahl (founder, songwriter, guitarist, and vocalist) and Crystal Eyes four to six years, but the band eventually finds their way back to the studio. Starbourne Traveler, their eighth album, brings about a new version of Crystal Eyes, featuring new members Henrik Birgersson (Defenders Of The Faith) on drums and Jonatan Hallberg (Sacred) on guitar. Turning another page, whereas in the past, Dahl wrote all the songs, on this album it was a team effort.It's been five years since a studio album, perhaps a short refresher on Crystal Eyes metal music is in order. Essentially, Crystal Eyes plays a hybrid of classic melodic, heavy, and power metal, very guitar forward, and wrapped in some fine hard rock groove. While a teen, Dahl was inspired by the likes of Twisted Sister and Motley Crue, but you'll also hear vintage metal derived from Judas Priest, Iron Maiden, Accept, and Helloween.Crystal Eyes works the essentials like twin guitar riff harmony, shared guitar leads ala Priest and Maiden and then, underneath, the rhythm section delivers a strong measure of gallop and rock groove. Dahl as a vocalist has something of an assertive, sometimes raw, presentation, but your ears will easily adapt. In the song composition, all these things are wrapped in melody and harmony by the guitars and vocal arrangements, and Crystal Eyes is quick to drop in a catchy chorus.To mention a few songs, Crystal Eyes gets the galloping metal rock groove going with Gods Of Disorder, Extreme Paranoia, and Into The Fire. Midnight Radio definitely turns on some heavy metal rock as Dahl pays tribute to the Eighties Swedish radio show Rockbox which higly influenced his mix tape. An acoustic ballad with some grand vocal choral harmony comes with In The Empire Of Saints, where Dahl mourns the loss of a friend to cancer. The title cut, Starbourne Traveler, mostly melodic heavy metal, rides upon a terrific Birgersson drum line. All in all, even with a five year wait, Starbourne Traveler was worth it. Crystal Eyes delivers another solid album of their guitar driven and melodic, power metal rock. Recommended.