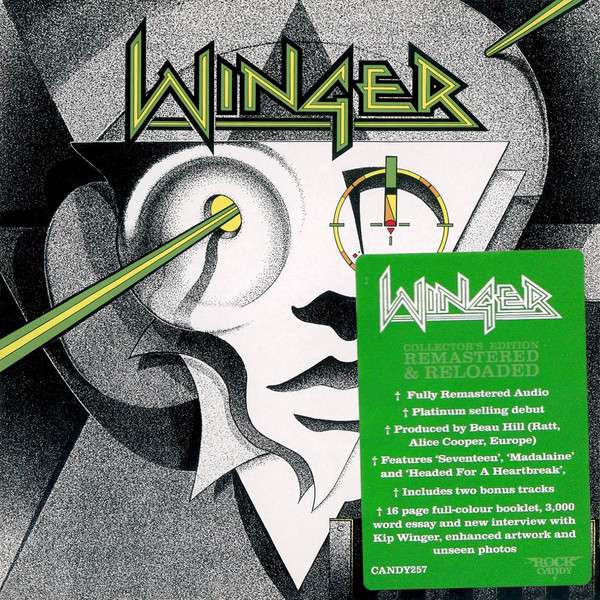 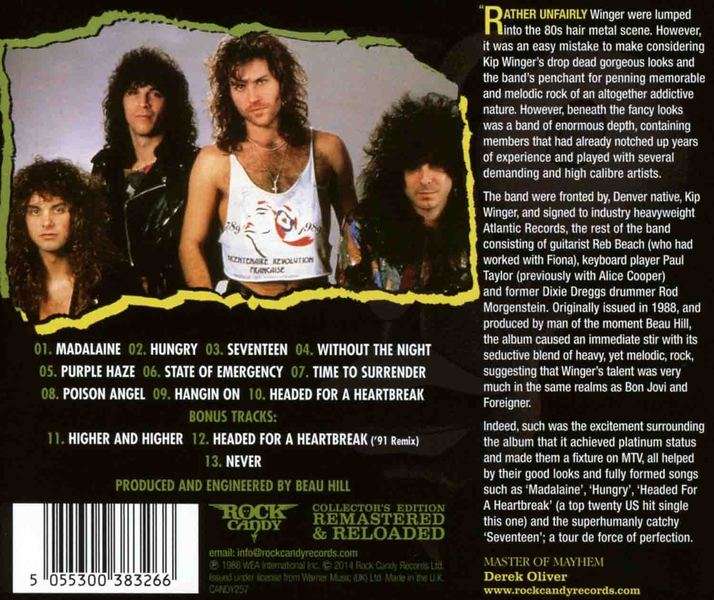 Winger is an American hard rock band formed in New York City that gained popularity during the late 1980s and early 1990s. The band's two platinum albums, Winger and In the Heart of the Young, along with charting singles "Seventeen", "Headed for a Heartbreak" and "Miles Away", put the band on the top of the charts by the early 1990s. In 1990, the band was nominated for an American Music Award for "Best New Heavy Metal Band".As the music scene changed in the early to mid-1990s due to the popularity of grunge, the band faded after their third release Pull.The band broke up in 1994, but reunited in 2001 for several successful tours. In 2006, the band's 1993 touring line-up (minus Paul Taylor but including John Roth) reunited to record the band's first studio album in over 13 years, IV, and toured in support of the album into 2008. In 2009, the band released their fifth album, Karma. As of 2013, Winger still performs on mini-tours and private events.

1988 was a definitive year for two very important entities in the Melodic Hard Rock world; the self-titled debut by WINGER established producer Beau Hill as one of the most brilliant gurus for the genre, and catapulted the band of Kip Winger & Reb Beach to the stardom."Winger" and their superb following album now are being digitally remastered by Rock Candy Records.Originally issued in 1988 and produced (and arranged on many parts) by man of the moment Beau Hill, "Winger" caused an immediate stir with it’s seductive blend of rocking - yet melodic - rock suggesting that Winger’s talent was very much in the same realms as Bon Jovi and Foreigner.Indeed, such was the excitement surrounding the album that it achieved platinum status soon and made them a fixture on MTV, all helped by their good looks and fully formed songs such as "Madalaine", "Hungry", the excellent "Headed For A Heartbreak" (a Top 20 US hit single), the power ballad "Without The Night" and the superhumanly catchy "Seventeen".Your Melodic Hard Rock collection is not complete without "Winger". It's high quality music with bombast, never-ending hooks and melodies to die for.The Rock Candy treatment is superb, and you have 3 bonus tracks including "Never" (from Winger's second album sessions), "Higher And Higher" and a remix of "Headed For A Heartbreak".