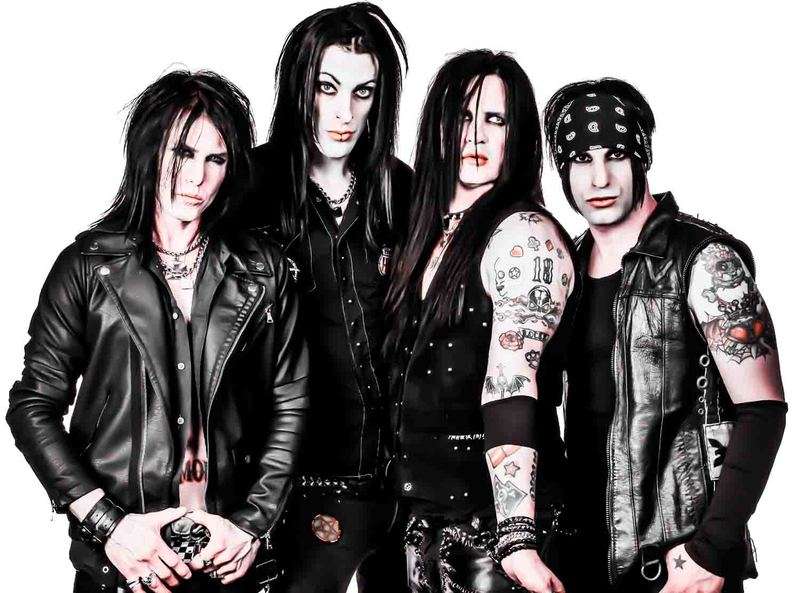 Southern California-based glam rock band KRISTY MAJORS AND THE THRILL KILLS — featuring members of PRETTY BOY FLOYD and MURDERDOLLS — will release its debut self-titled album on June 17.With roots that feed from the East Coast '70s scene to the West Coast '80s metal scene, KRISTY MAJORS AND THE THRILL KILLS are delivering from the sweet spot that exists in between. The first single, "Broken Lip", is the perfect example of this synergy, with its blistering speed, classic punk guitar sound, lyrics punched with attitude and two-minute run time."I write and record music to please myself these days," said Majors, who is releasing "Kristy Majors And The Thrill Kills" independently and going back to basics with fan-focused promotion: big shows in intimate venues, crazy live videos, and music that transcends generations. With decades of diverse experience, Majors is going "back to my roots."Majors grew up in New York City, attending all-ages shows at CBGBs and collecting firsthand the energy from epic punks like the RAMONES, DEAD BOYS and NEW YORK DOLLS. He later took in glam and rock shows, Broadway plays, and the cutting-edge art scene. Majors packed all that in his suitcase bound for L.A., and by the mid-'80s was signed to MCA with the glam rock band he formed, PRETTY BOY FLOYD. PRETTY BOY FLOYD's LP "Leather Boyz With Electric Toys" sold more than half a million copies, and the band has existed in various forms ever since.During the pop music shift of the '90s, Majors worked in A&R at Sony Records, producing some of their biggest jazz and pop artists, including Dave Koz, YOUNG DUBLINERS and Keiko Matsui. Later, he opened Highway To Hell Studios and Artists Worldwide booking agency, which represents more than sixty acts, including MISFITS, Paul Di'Anno, Yngwie Malmsteen and MICHAEL SCHENKER GROUP. He’s also written music for TV and movie soundtracks as well as commercials.All tracks were produced, recorded and mixed by Kristy Majors at Highway to Hell Studios in Southern California, with Kari Kane (PRETTY BOY FLOYD) on drums.On stage, Majors will be joined by partners-in-crime Nick Rozz (guitar player for BULLETBOYS), JK Famous (PRETTY BOY FLOYD bassist) and Ben Graves (original drummer for MURDERDOLLS).The band has its debut and record release party at the legendary Viper Room on June 21. The evening includes a VIP meet-and-greet in the downstairs lounge, and a video shoot. Tickets are $10, general admission. This show marks the return of Club Vodka, one of L.A.'s most popular rock parties.