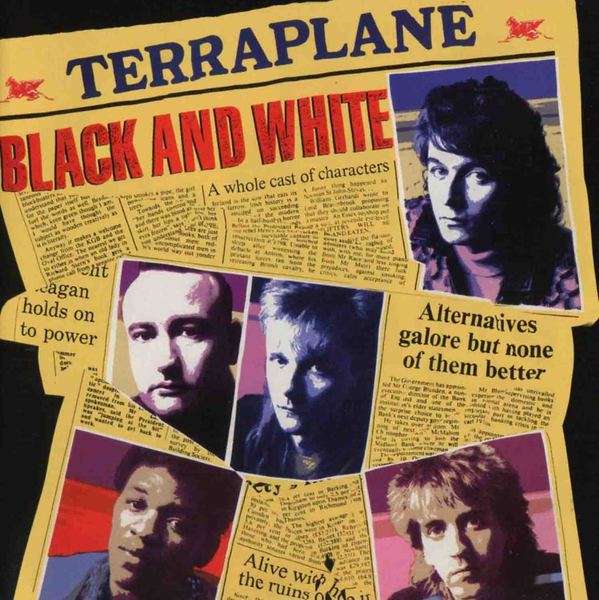 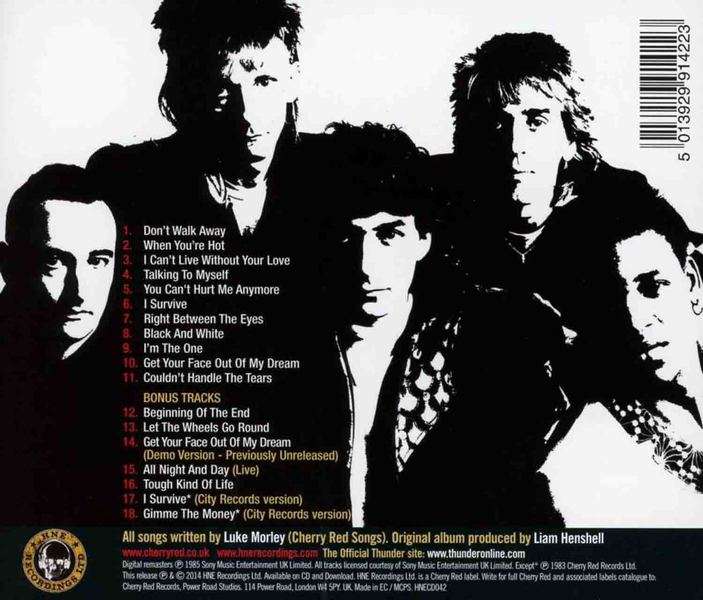 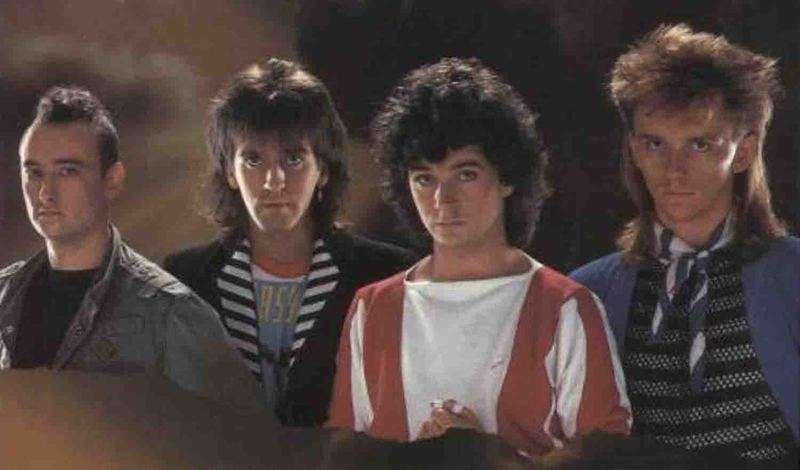 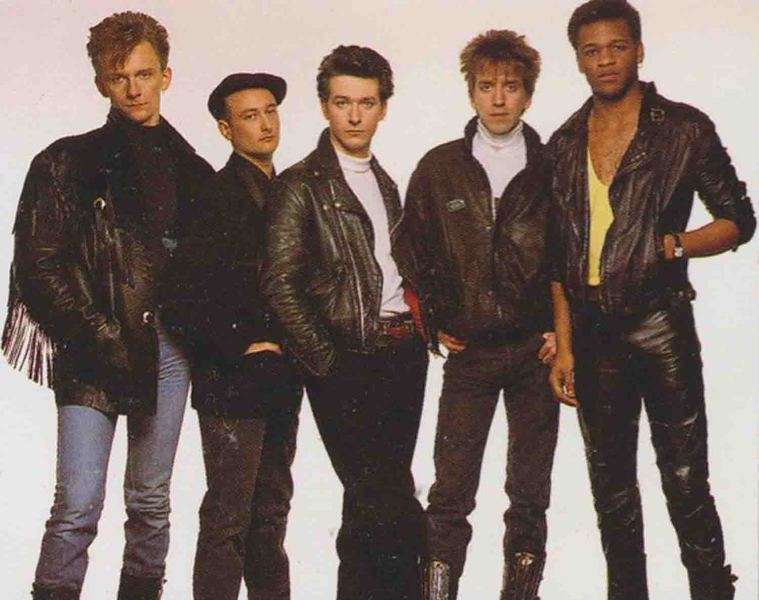 Terraplane were a 1980s pop rock band from London, England. Composed of five musicians, they released two albums before disbanding in 1988. The band featured three musicians who would go on to form the hard rock act, Thunder. They are distinct from the German psychedelic groove rock band Terraplane, based in Wernigerode, which released three albums between 2000 and 2007.Singer Danny Bowes, guitarist Luke Morley and drummer Harry James and bassist Nick Linden were the original recording line-up. After releasing a single on the independent 'City' label, they soon signed with Epic Records. With the much-delayed debut album almost completely recorded, they recruited second guitarist Rudi Rivière in time for him to appear on just one track on that release. That first studio album, Black and White (originally titled Talking to God on the Great White Telephone) was released by Epic Records in January 1986 and was critically well received. However, by 1987 their record label was exerting pressure on the band to follow up with another album of a soulful direction, with the resulting album Moving Target alienating the band's fan base.Morley, Bowes and James regrouped in 1989 to form Thunder; all three remain in that band as of February 2019.

Before Thunder, there was TERRAPLANE. Thunder, the British hard rock act that notched a No.2 record on the UK charts in 1992 with Laughing On Judgment Day had previously existed as Terraplane. Under that incarnation, the band released two albums in the ’80s and Cherry Red imprint Hear No Evil Recordings recently released a remastered, expanded edition of Terraplane’s debut effort, “Black And White“.This one was requested several times on this blog, now it was submitted by a reader to be featured here.Hailing from South London, Terraplane’s membership was initially made up of Danny Bowes (vocals), Luke Morley (guitars), Gary James (drums) and Nick Linden (bass, keyboards). The group formed out of Bowes and Morley’s college band Nuthin’ Fancy and recorded the single ‘I Survive’ in 1983 for independent label City Records, for many years impossible to find but now featured in this expanded edition.Building up a loyal following in London thanks to lots of hot performances at many venues including numerous gigs at the Marquee Club and with support from Kerrang! magazine, they eventually found major label recognition when they signed to Epic Records in February of 1984 and began work on their debut.Finding a producer proved to be difficult but one was eventually decided upon: Liam Henshall, who had previously worked with the band King. Several guests were brought in for the album, including the now famed Jools Holland on ‘I’m The One’ and Ruby Turner on ‘Couldn’t Handle the Tears’.Henshall would take the band to 10 different studios during the recording process and the production time for the album began to grow. During that period, they became a support act for Meat Loaf’s tour in 1985 and brought in an additional member: guitarist Rudi Riviere who contributed to ‘Talking to Myself’ on the record.The album was finally finished and ready for release but Terraplane and Epic could not agree on a title. The band members wanted to name the album Talking To God Down The Great White Telephone, but Epic found the title too obscure and called the album “Black And White”.This disagreement between band and label would prove to be an omen of things to come.When “Black And White” was released in 1985, hit No. 74 on the UK charts and the singles which followed enjoyed a moderate success, but critically well received and the band gained a strong following among Melodic Rock fans.Unwanted tension arose between the guys (especially Luke Morley) and Epic, who wanted Terraplane to go in a more pop direction. A second album, Moving Target, was released in 1987, but a lack of promotion by the recording label fared even more poorly on the charts than its predecessor.After that, Terraplane was over. Bowes, Morley and James regrouped and reformed with two new members as Thunder, signing to EMI in 1989. The rest, as they say, is history, with Thunder becoming one of the most notable melodic hard rock acts from the British scene.Terraplane’s “Black And White” is a lovely Melodic Rock album with the typical waves from the middle ’80s, plenty of melodic tunes and catchy choruses.Cherry Red / HNE’s expanded remastered reissue of “Black And White” adds 7 bonus tracks including several songs from 12” singles, the original City Records single (first Terraplane recording ever) and a previously unreleased demo of ‘Get Your Face Out of My Dream’.The album has been remastered from the original tapes by Andy Pearce (from the Rock Candy Records staff) obtaining a bright, melodic result.If you’re a fan of Thunder and have yet to discover their roots, this CD might prove a fine introduction to the band’s previous incarnation. And of course it’s a really enjoyable collection of songs to every Melodic Rock aficionado.