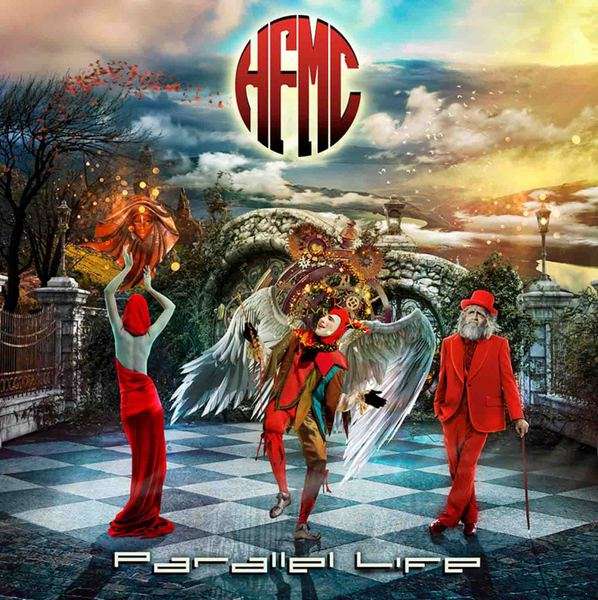 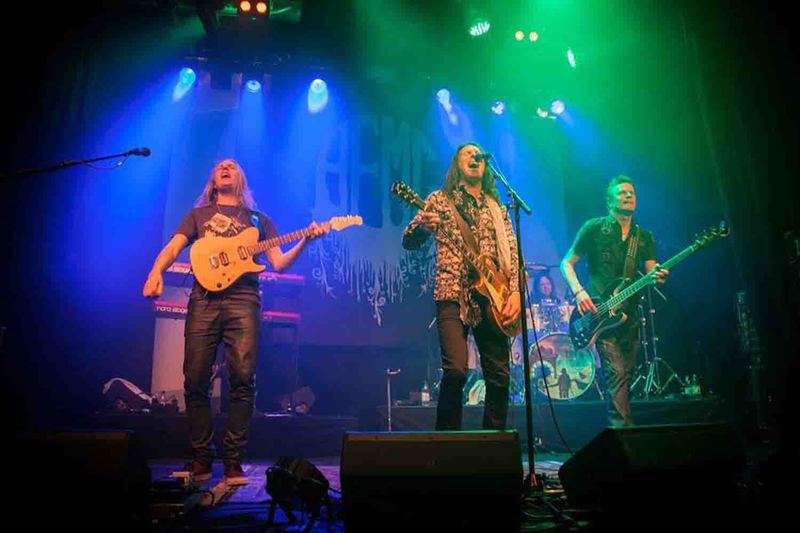 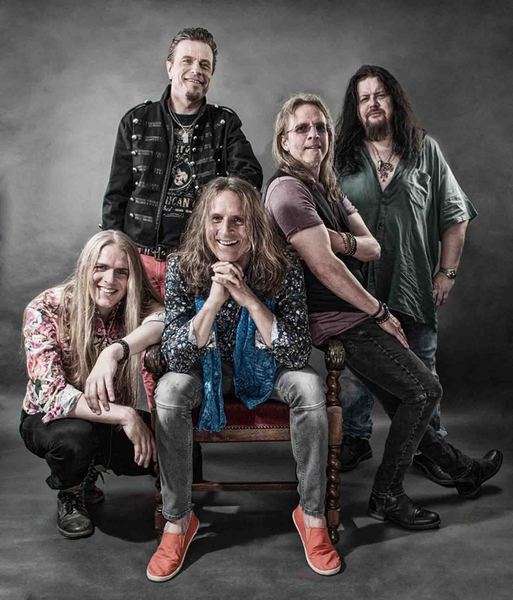 In October 2008 the band played their first chords, after Hasse had handpicked musicians he thought would suit his idea of a group, namely Thomsson on bass and Ola Strandberg on drums. These two gentlemen had played with Hasse during the eighties in the Swedish hardrock band Spellbound. To complete the band, he also hired new faces Kjell Haraldsson on keyboards and leadguitarist Anton Lindsjö. The singer/guitarplayer/songwriter already had a handful of songs he wanted to record, among them “Only my Blood”, “Fallen Empire” and “Song for July”. The band worked on the material up until May when they entered Mountain High Studios in Tierp, which actually is a school they managed to rent for five days during the Ascension Day holidays. Sound engineer Petrus Königsson had scouted and picked the place for its “perfect” studio and control rooms. As Hasse said: “We just put up our amps and drums and Petrus put up everything he brought for the occasion like microphones, preamps, computers and God knows what and off we went. I knew it was some sort of gamble to record like this instead of a real studio but at the time I was looking for something else. I had this vision of us doing like the big bands in the seventies, who sometimes were recording in hotels, castles, cinemas you name it, with mobile studios to get away from the usual studio routine. Now when I listen to the result I feel like a winner, as I think it’s a strong debut album”. “FuturePast” (Reingold Records) was released in August 2010 and was followed by gigs in Sweden, Norway, Germany, Holland and Belgium.In the spring of 2011 the band started to prepare for their second album, rehearsing and improving “Godsong” that was already around for “FuturePast”, as well as new numbers like the epic “The Final Hour”, the almost (at least at times) Heavy Metal sounding “My River to Cross” and the catchy “Venice CA” that Hasse wrote during a vacation in California. This time the band entered Big Jambo Studios to cut the backing tracks together with sound engineer Jouni Niemi in the beginning of November. The rest of the recording was made by Tomas Bodin (The Flower Kings) at his Duck in the Yard studio and various home studios. The album “Powerplay” (Reingold Records) saw the light of day in April 2012 and right after its release the band immediately headed to America for club gigs and a show at the festival RoSfest in Gettysburgh (Pennsylvania). HFMC also played in Sweden, Germany and Holland, including the big outdoor festival Night of the Prog in Loreley (Germany).In early 2013 the band joined forces again to get a feel for the newly written material by Hasse and this time even music composed by the bands drummer Ola Strandberg. Once again the recording started at Big Jambo Studios with Jouni Niemi behind the desk, while vocal sessions and overdubs were once again handled by Petrus Königsson at the Little Red Cottage. It was a different recording since Hasses thumb was seriously injured at the starting of it. On top of that Olas father and Hasses mother passed away during the sessions, which of course didn’t speed up the process. Even if all the music and all of the lyrics except for “Pages” were written before HFMC gathered in the studio, all these things of course brought an atmosphere to the recording that can be heard on the album, giving it more depth and another attitude and approach compared to the previous albums. This brings us up to date since the band is just about to release their third album titled “HFMC”, this time on Glassville Records.

GlassVille Records is happy to announce the upcoming release of the new album by Hasse Fröberg & Musical Companion. ‘Parallel Life‘ will be officially released on 12 September 2019.Hasse Fröberg is well known for his contribution for more than two decades as a singer and guitarist in The Flower Kings, as well as his work with the Swedish hardrock band Spellbound in the eighties. HFMC also consists of Anton Lindsjö, Thomsson, Kjell Haraldsson and Ola Strandberg. The band members have played together with names like Glenn Hughes, Michael Schenker, Jeff Scott Soto, Joe Lynn Turner and of course Spellbound. HFMC has a warm and unique sound of their own with influences from Progressive Rock, Classic Rock and even a hint of Pop. HFMC (Hasse Fröberg & Musical Companion) released their debut album FuturePast in August 2010. Since then two more studio albums have seen the light of day, Powerplay (2012) and the acclaimed self-titled album HFMC (2015). In 2017 the live CD/DVD No Place Like Home was released. The band has toured in Europe and USA and played some major festivals. HFMC is right now in the finalizing stage of their upcoming fourth studio album, Parallel Life. Release date is planned to 12/9 2019. The tour for the autumn 2019 will be based on music from Parallel Life.