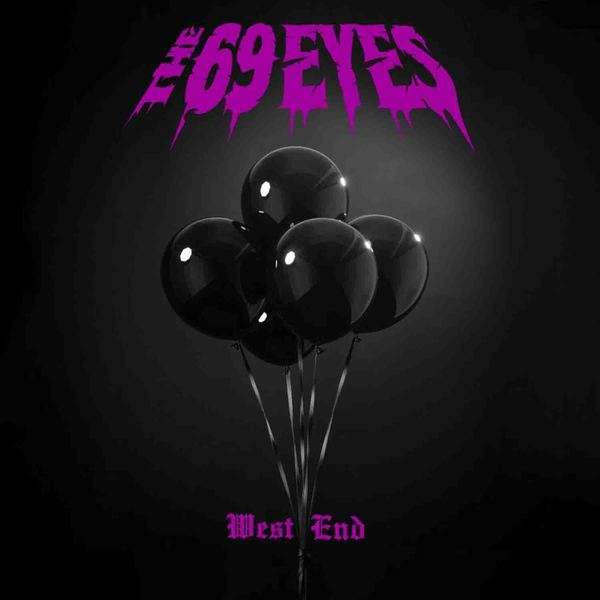 Formed in the bars of Helsinki, Finland in the summer of 1989 by Jyrki 69, Archzie (formerly of Syyskuu), Timo-Timo, Lotto and Bazie; The 69 Eyes originally had a glam metal sound and were compared to other Finnish Sleaze Metal acts such as Smack and Hanoi Rocks. The band's lineup has stayed the same since 1992 when drummer Jussi 69 replaced original drummer Lotto who had played on the band's first two 7 inch vinyl singles.The 69 Eyes are a multi-platinum selling Finnish rock band. They are currently signed to EMI Finland. The band's albums are now distributed worldwide. The End Records acts as the band's official North American distributor, as Nuclear Blast Records provides distribution in Mainland Europe, Ireland and the UK. Australia will be handled by AmpHead Music. All Asian and Latin American releases are handled by EMI affiliates.

It’s been quite a while since Finnish Goth rockers The 69 Eyes released an offering and you might feel that they may have gotten rusty over the past couple of years as Goth has faded into more of a fashion trend than a lifestyle. You’d be right that they’re definitely a bit older as the video for “27 & Done” seems to showcase, but these vampires just aren’t ready to be put into a coffin yet. As a matter of fact, they’ve released one of their strongest albums in years with a fantastic mix of heavy and light numbers that should appeal to any fan of Type O Negative, Gothminister, Lacrimas Profundere and Tiamat, among others. “Two Horns Up” starts the disc on a relatively heavy note with some added harsh vocal influences here and there, but West End really sets sail when single “27 & Done” comes into play, a song that I first assumed was about annihilating yourself before the age of thirty, but then realized was about the infamous twenty-seven club. The first time I’d heard this track, I immediately went back to play it again, so I can assure you that the single represents the very best of this album.We all know that there is more to an album than it’s singles and that’s where our next cut “Black Orchid” comes in, slowing the mood a bit as “Change” transforms the experience into a piano laden affair which features one ofthe best vocal performances on this album. There’s even a small spot for a rock solo, which some may feel is out of place, though I would consider just right. It doesn’t necessarily take from the mood of this immensely passionate number and I feel that fans shouldn’t be too muffed about it. The 69 Eyes don’t want you to forget they are a rock band and there are couple of heavy riffs utilized on the piece. “Burn Witch Burn” almost feels like the punk beginnings of Goth music in general, quickly calling to mind Bauhaus. Again, a couple of heavier riffs and even some quick drum taps near the end help to give this more of an upbeat modern feeling, though not taking away from the dreary atmosphere that fans already know and love.“Cheyanna” builds on that with yet another single-worthy cut that feels right at home for this kind of music. And what Goth album would be complete without a nod to a horror movie? You’ll get that with “Last House On The Left.” As I don’t want to reveal too much more about the disc, I think it’s only appropriate to mention the blues influenced finale, “Hell Has No Fury” which is a perfect way to end a performance of this caliber. It calls to mind a little bit of Danzig and perhaps even some Johnny Cash in places. Acknowledging the man in black is a perfect send-off note for one of Goth’s most influential acts, even several decades later. There are a lot of people who know how to dress Goth and believe me, you can find a lot of tutorials online for it – but for those of us who’ve been around since the beginning, we realize that Goth is more than just simple fashion and represents a culture and lifestyle that feels wholly prevalent on West End. Simply put, this is what I call Goth.