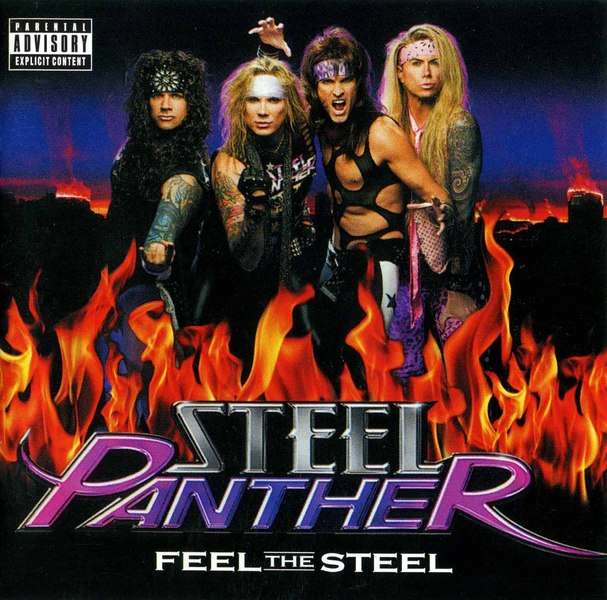 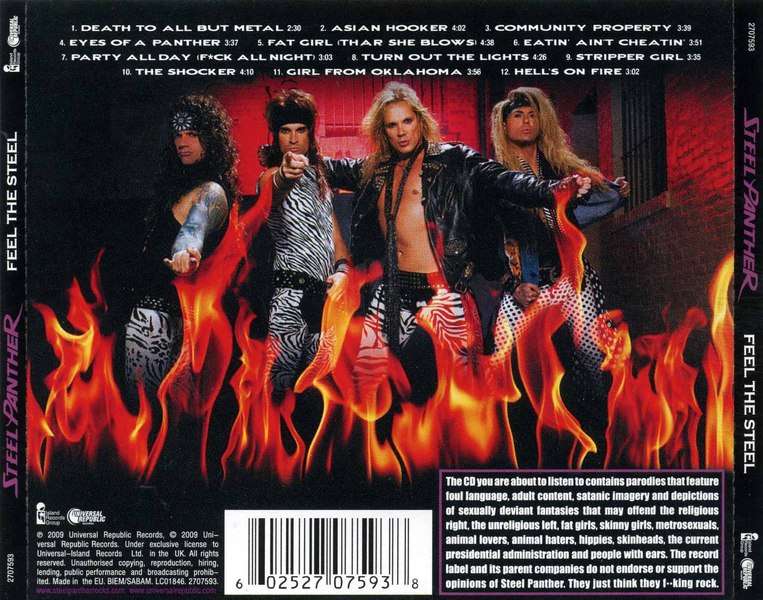 In 2008, Metal Skool changed their name to Steel Panther.STEEL PANTHER is the hottest band out of Hollywood since Motley Crue, Guns N’ Roses and Poison ruled the Sunset Strip. Arriving in 2009 with debut album Feel The Steel – hailed by Kerrang! magazine as “close to perfect” – Steel Panther has won a legion of fans across the world. And now the band is aiming even higher with second album Balls Out. Released worldwide through Universal Music on November 1, 2011, Balls Out is another masterpiece of kick-ass rock and roll.Steel Panther is a Los Angeles, California based glam metal parody band founded by former LA Guns vocalist Ralph Saenz (Michael Starr). Originally formed as “Metal Skool” and “Metal Shop” they’re known for their energetic live show, the longest running metal show on the Sunset Strip. On stage, the band both pays tribute to and lampoons the heyday of 80’s glam metal. The band’s between-song comedy includes jests at conflict between band members, discussions of drugs, sex, and improvised humor with the crowd.Recently they’ve crossed the Atlantic and have finally started to penetrate the European market with the release of their debut album, “Feel The Steel”.

+ Video "Death To All But Metal" (Official Video)