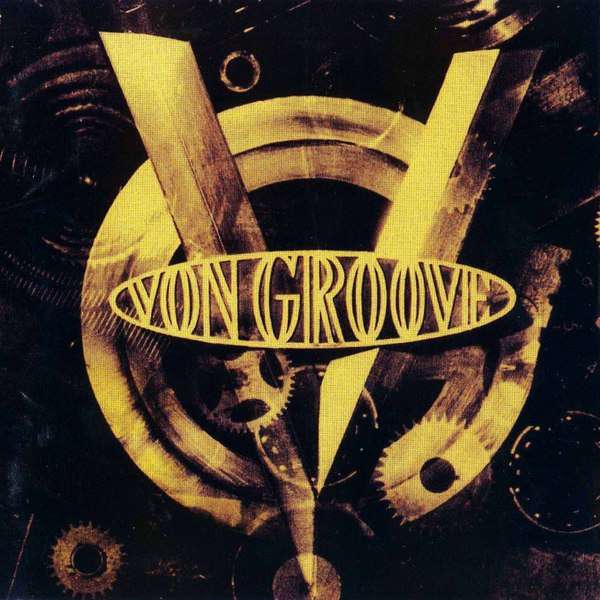 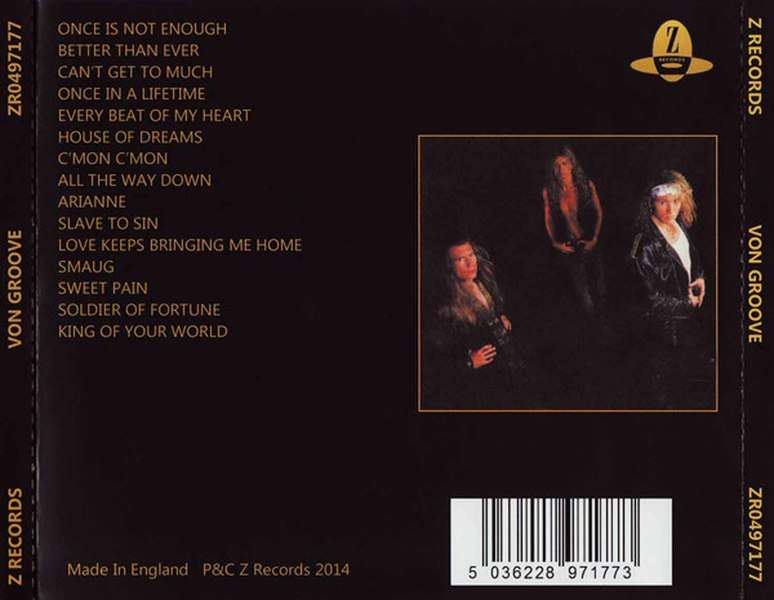 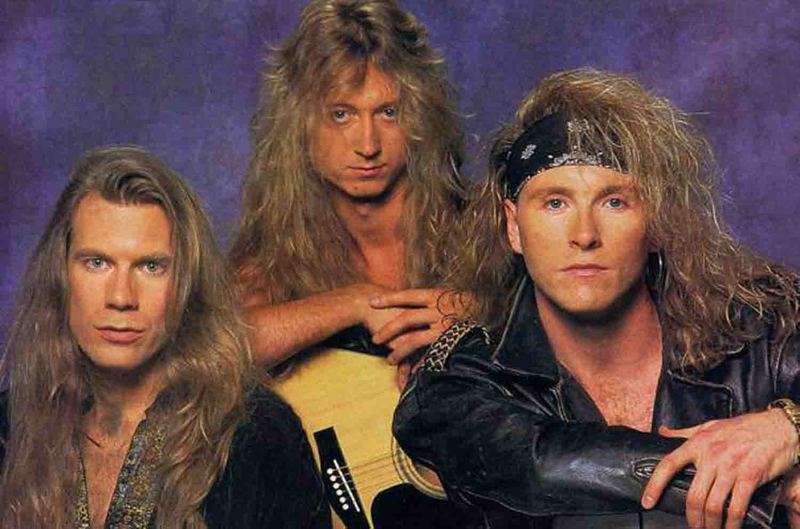 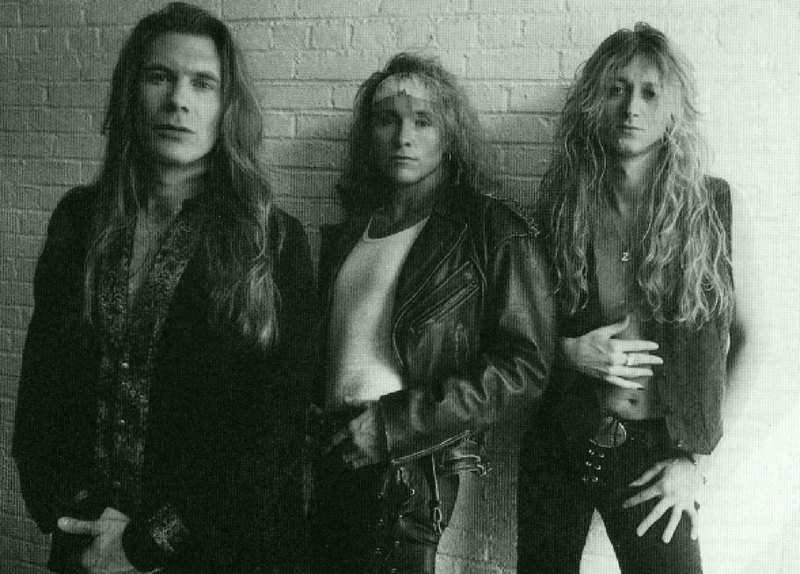 A canadian rock band formed in 1990.Von Groove - Canadian hard rock band came of the late 80's / early 90's hard rock scene. Von Groove came out of the gate with an extremely strong first album of melodic hard rock similar to releases by Damn Yankees, Bad English, Tyketto, Bon Jovi, and Giant. Von Groove's music is melodic, yet without a doubt a hard rock band. The albums is packed with great rock songs and better than average ballads. The musicianship, songwriting, vocals, and production were all top notch.This is a fantastic melodic hard rock band.

Founded by Canadian vocalist / drummer Michael Shotten and bass player Matthew Gerrard (a songwriting duo contributing songs for Triumph among others) plus Croatian born guitarist simply called Mladen, VON GROOVE born in Gerrard's own basement recording studio in the early Nineties.The tapes they recorded sounded so great that A&M Records signed the band and decided to release the material without modifications.However Chrysalis wanted some 'sure fire' potential single hits, so Von Groove agreed to re-record 4 of the songs in Los Angeles with super-drummer Deen Castronovo (Bad English, Hardline, Journey) and famous (and talented) Richie Zito producing.Simply put, "Von Groove" is one of the greatest Melodic Hard Rock records ever made. Killer songs, superb performances and brilliant production turns this CD a classic for the genre. With no new Von Groove product for a number of years now, on the eve of their return to the UK for this year’s Z Records festival, the label have reissued the Canadian melodic rockers’ first, best-known, album from 1992.Opener ‘once is not enough’ is a class anthem that filled the dancefloor in the heyday of Maximes in Wigan and is one of four tracks on the album produced by the legendary Ritchie Zito. One of the others, House of Dreams, with echoes of fellow countrymen Triumph, is probably the stand out track on the album. The heavier numbers, though immaculately played and sung, generally lack a spark of originality to separate them from the myriad hair metal bands of that time. However what distinguishes this album are a trio of superb ballads- Once in a lifetime, Arianne and Love keeps bringing me home- with acoustic guitars providing the perfect foil to Michael Shotton’s excellent voice, in the mould of Tyketto and Nelson. Each of them could have broken Von Groove into the big time, but for the fact that the album came out just as grunge was changing everything.The reissue also adds two rawer bonus tracks, Soldier of Fortune and King of the World, recorded live. More could have been done with the presentation however; there are no additional sleeve notes to place the album in context and the original artwork seems to have been rather grainily scanned in.For fans of Firehouse, Hardline and ‘Back for the attack’ era Dokken, this is still worth checking out for the excellent half dozen or so tunes on offer.