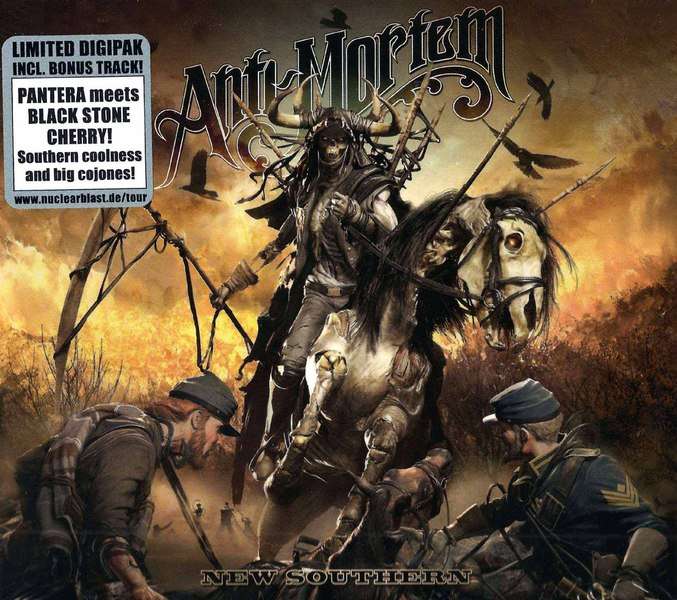 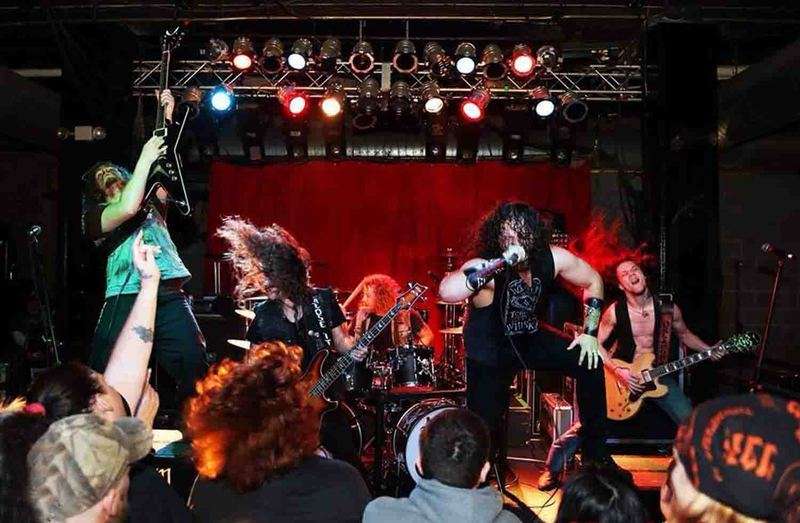 I think the metal world has a negative stereotype when it comes to youth in metal. We usually see kids who own a Metallica shirt and have only heard “Enter Sandman”, or things like uber xXhardcoreXx scene kids. And then Anti-Mortem comes along, band members averaging the age of 21, saying things like “hard rock is stagnating,” and “we want people to think, 'rock has balls again’”. Well, if you’re gonna make statements like that, you’re going to have to back it up. And they intend on doing that with their debut release, New Southern.First off, for a young band, (not just in the ages of the band members), their sound is quite mature. It’s very much hard rock with some obvious flairs of southern rock and maybe even a little bit of groove metal infused. As some of the track titles would suggest, (e.g. “100% Pure American Rage”), the sound overall is simply and incredibly American, straight to the point, heavy-riffed hard rock.New Southern follows a lot of the same hard rock conventions that others adhere to as well. Songs are driven completely by the guitar riffs of Zain Smith and Nevada Romo. They’re all written with seemingly only one purpose in mind: to get you to headbang. Most of the time they’re more on the slower side, like on “Path to Pain,” but can also drive a little faster like on “I Get Along With The Devil”. Vocalist Larado Romo definitely has the voice of a seasoned veteran in hard rock. You’d probably think he’d been singing for decades before Anti-Mortem, but he’s only about as old as the rest of the band. His voice is the glue that binds all the pieces of the band together whether he’s laying into them on “Words Of Wisdom”, or laying back a little like on “Black Heartbeat." Having said that, I can’t help but feel that this is really nothing much more than what I’ve already mentioned. It doesn’t deviate much at all from other hard rock or really try to take too many risks, especially for a debut album. And that’s fine, I mean, not EVERYTHING has to be the next new thing, or take a genre and completely flip it on its back and do something completely new for it to be good. But I just can’t shake the feeling that this is all a little generic.The music itself is fine; it’s much like all the other hard rock acts only a more Southern and also a little Pantera-y oddly enough. And those slight differences might be enough to bring others in, but for me personally, the songs are a little more on the forgettable side. Nothing really stood out to me to as being particularly amazing or just extraordinary enough to be a little bit more than generic. After repeated listens, I still couldn’t really recall a song from memory all too well; it all just kind of blended together in a sea of crunchy guitar riffs. “Stagnant Water” represents a lot of my negative feelings towards New Southern. The main riff consists of two chords, and I’m pretty sure I’ve heard the lyric melody somewhere else before.I don’t want to come off as too mean, so that I don’t take too much away from the musicians themselves. New Southern is still a great effort and again, sounds incredibly mature for a band their age. If you didn’t know that this was a debut album, you might’ve thought that they’ve been out for a lot longer. The fact that I can lump it in with many other hard rock acts should be proof of that. It’s certainly heavy, and very true to its sound and overall theme, (pissed off Southerners). But even though it follows the formula to a perfect T, it doesn’t automatically make it spectacular.Just to further disclaim myself, New Southern is not HORRIBLE; this isn’t a BAD album by any stretch of the imagination, but it’s also not a very great album. Though, if you’re a fan of hard rock in general then you’ll probably still have a great time with it Anti-Mortem might be very accomplished already in their short career on the mainstream, but I just wish their debut could have been a little better. Luckily, since they’re so young they have tons of time to keep developing themselves as musicians, and will maybe present new and better things in the future.