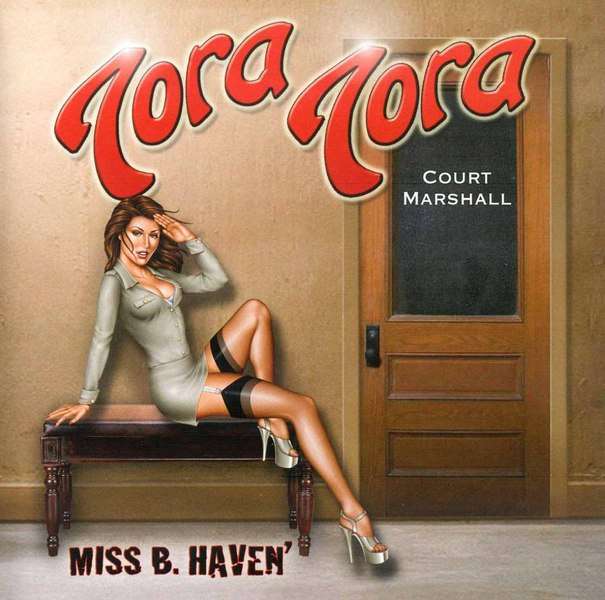 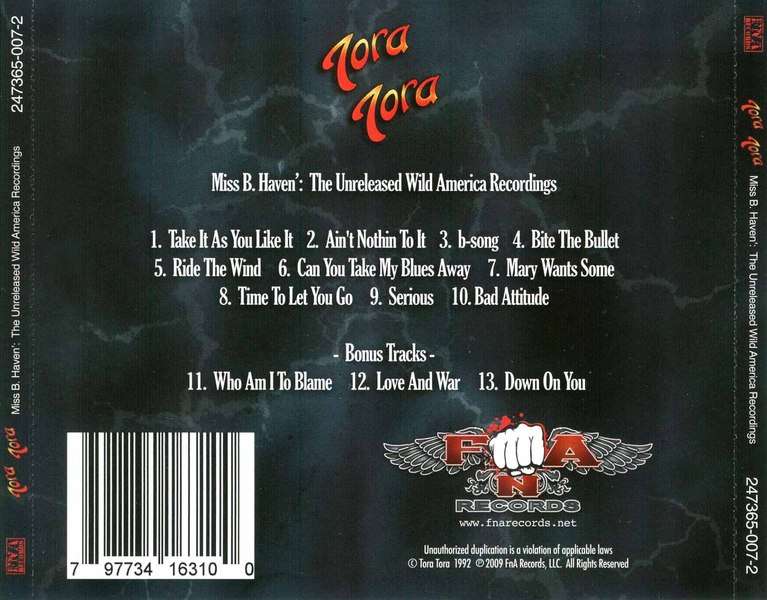 Tora Tora is an American hard rock band formed in Memphis, Tennessee, United States, in 1985. "Tora" means "tiger" in Japanese and the name is a play on the code name for attack used by the Japanese Imperial Navy during their attack on Pearl Harbor, "Tora, Tora, Tora". The actual origin of the band name was more likely a reference to the song of the same name recorded by Van Halen on their 1980 release Women and Children First.Tora Tora started out as a local garage band then eventually got studio time when they won a local Battle of the Bands contest. Following this, the band recorded To Rock To Roll as an independent EP. After its release the songs "Phantom Rider" and "Love's A Bitch" received extensive airplay on local radio station Rock 98. After signing with A&M Records, they recorded their debut album Surprise! Attack in 1989. This album peaked on Billboard's Top 200 at No. 47 and featured the singles "Walkin' Shoes" and "Guilty." The single "Dancing With a Gypsy" was on the soundtrack for the film Bill and Ted's Excellent Adventure later that year.In 1992, their second album, Wild America, was released. It only achieved No. 134 on the Billboard charts and it did not sell as well, but, it was a more mature step at songwriting.A third album, Revolution Day, was recorded in 1994, but it was never released due to label restructuring. After missing the due date, the band folded.In 2008, all four original band members reunited to do several performances. One was a sold out performance at Newby's, a local club in Memphis, to celebrate their 20th anniversary of receiving their recording contract. After the show, a record was sold to fans which included songs from their first two albums and material slated for their unreleased Revolution Day album. The album was titled The Warehouse... 20 Years Later. The second occurred during Rocklahoma 2008. The band played another reunion show at The New Daisy Theatre on March 7, 2009, in Memphis.At the end of 2009, Tora Tora signed with the Nashville, Tennessee based FNA Records and released three albums. Before & After, Bombs Away: The Unreleased Surprise Attack Recordings, and Miss B. Haven': The Unreleased Wild America Recordings.On February 28, 2011, FNA Records in conjunction with the band decided after 17 years since the completion of their third album, which was shelved indefinitely at the time due to label complications, to release their "lost album" Revolution Day. Anthony Corder stated about the Revolution Day Sessions:

To make it more complete the Bad Reputation Records remastered reissue of TORA TORA's here's "Miss B. Haven'; The Unreleased Recordings", comprising 13 tracks / demos that were written for the Wild America album.While recorded during the pre-production stage of the LP, these songs did not make it into the final album track list.To me, "Wild America" was a quantum leap ahead of their debut album Surprise Attack - the band really hit their stride here and was simply in the zone.Not surprisingly, this batch of 13 tracks recorded during the "Wild America" sessions contain a lot of standouts. This is not a case of 'leftovers', any of these songs are on par in terms of quality with the ones that ended on the final release."Wild America" could have been a double record - in 1992, it seems Tora Tora could crank out endless radio-friendly rockers.Despite being of demo quality (mostly very good), "Miss B. Haven'" is loaded with thunderous, infectious rockers, where the hooks and catchy riffs jump right out at you.Highlights include "Take It As You Like It", "Ain't Nothin' To It", "Bite the Bullet", and "Serious", but all are really good."Miss B. Haven'; The Unreleased Wild America Recordings" is not only for 'completists'; these songs are top notch and easily could have been considered for another official album from Tora Tora.Seriously, 'Wild America' may have been a Double-Album, but it was 1992 and not an option for record company executives at the time.