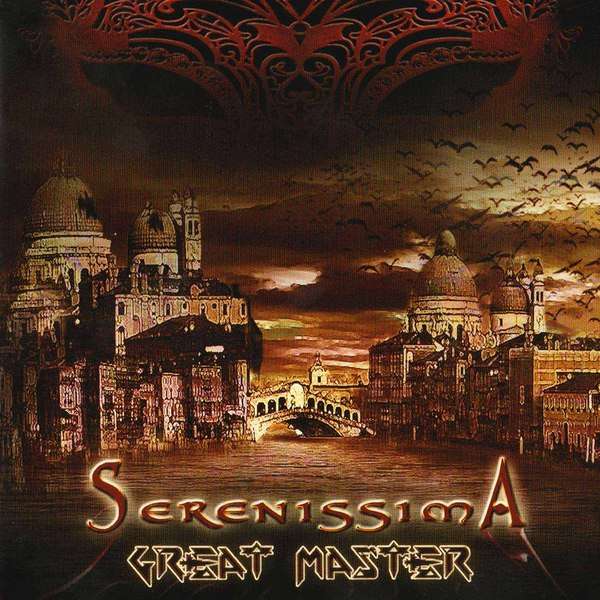 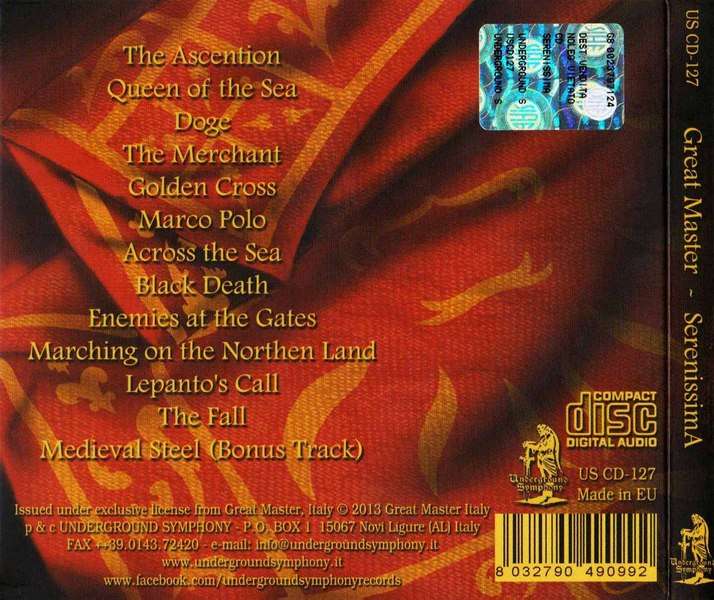 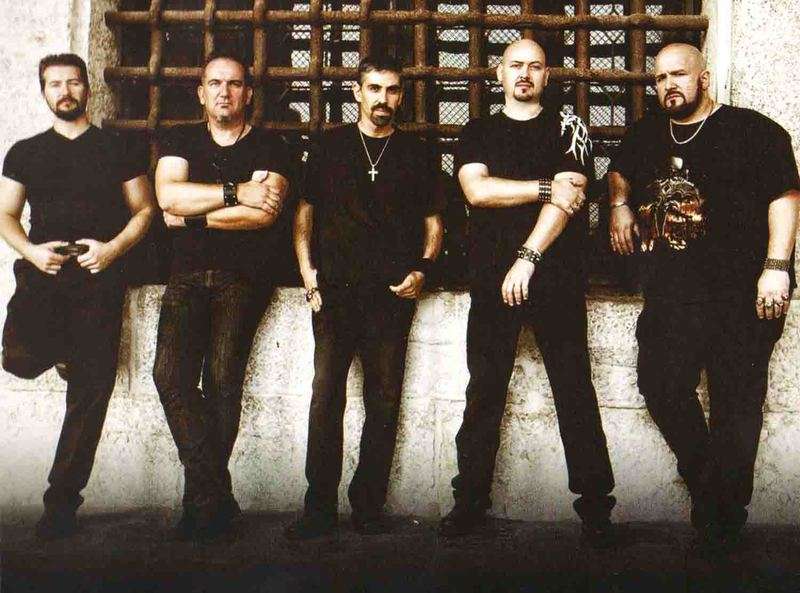 The band was built up in 1993 by the solo guitarist Jahn Carlini and in a short time they attract the attention of the metal- audience for their epic metal that recalls the style of Manilla Road and Heavy Load.The sound of Great Master is very epic but in the same time hard, with simple melodies but also with powerful chords-rides.On Dec 1993 they record their first promo tape with 4 tracks that pave the road to the second one GREAT MASTER in 1994 and the songs receive a good criticism not only by the audience but also by many music magazines an radios.After a positive tour live the band split up because of the different musical ideas that were rooting in the minds of the members of the band.Begins, in this way, a period of transaction that will go on for a couple of years during which Carlini continues writing new songs.The roads of the members separate even if for a short period of time some of them find themselves working together in a new band RAINFALL a power metal cover band.So we reach 1999 that gives light to RISING STORM a new work with Jahn Carlini and Max Bastasi on vocals.RISING STORM includes power songs that this time recall to the Teutonic metal giving epic moments in the lyrics but also in the music.In 2008 Great Master officially signed with Underground Symphony for the launch of their debut album Underworld.The New release, "Underworld" was written in 2000 e mixed some years after but it will come to light only in 2009 with the label Underground Symphony.In 2012 the band back to the recording studio to release in 2013 the second full lenght call "Serenissima" always in collaboration with Underground Symphony Records.Serenissima is an historical concept album on Republic of Venice and her major historical representatives. This is a tribute to the native land of the band.In 2014 the band participates to the Tribute Heavy Load "Tales Of The Northern Swords" with the song "The King".In 2016 the band released their third album entitled "Lion And Queen".

Italians Great Master represent yet another power metal band on Underground Symphony Records that play a fairly typical style of the genre. I recall thinking that the band’s debut, Underworld, had little to offer above most anything else coming out of Italy, and with that nation’s continuously burgeoning strength in the field of power metal, suspecting that Serenissima would likely go the same route unless the band discovered a hidden cache of creativity and maturation.Opener “Queen Of The Sea” has many of those dull and proto-typical power metal elements (including an obviously accented spoken passage) but it boasts a chorus that rings with appeal, and the guitar hook is quite solid. Likewise, “Doge” does not disappoint. With very good (and technically sound) singing, memorable choruses, and repeated effective use of catchy lead guitar, Great Master capitalizes in several areas that I often find this nation’s power metal subgenre lacking.Before getting critical, I want to point out another couple of points where this band excels. During tracks like “The Merchant” and “Marco Polo”, it becomes clear that Great Master is not a one-trick pony, as they dish out medium-tempo material with fitting atmosphere and tuneful melodies that stand up to their faster work. Unfortunately, this consistency doesn’t quite last through the entire album. “Black Death” falls flat compared to preceeding tracks, and though “Enemies At The Gates” proves to be quite energetic in places, it runs quite long. Once the album reaches ten tracks, the recording as a whole begins to feel somewhat dragging, and the sound of each new song is a bit less distinct than before.Adding to this feeling is the overall mix of instruments. Drums are not particularly potent, I can barely hear the bass most of the time, and even rhythm guitars are quite light and insubstantial. I am hardly an expert when it comes to producing an album, but this album does not sound very lively at all, and it reflects considerably upon the overall sound.Still, I certainly would say that Serenissima is a good head above a great deal of the generic power metal that issues from the Mediterranean nations, if a bit long-running and ultimately lacking in variety and punch. I can see myself revisiting this album with some frequency- the first few tracks in particular. Hence, despite the problems that reduce my enjoyment, I think this is a definite win for the band, and definitely an overall improvement for Great Master. With some better production, greater variety, fewer filler tracks, and the same excellent sense of melody on display here, I think that this band could put out a truly fantastic release in the future. Recommended for all fans of power metal to check out, especially those who enjoy their Italian stuff, as you’ll eat this up!