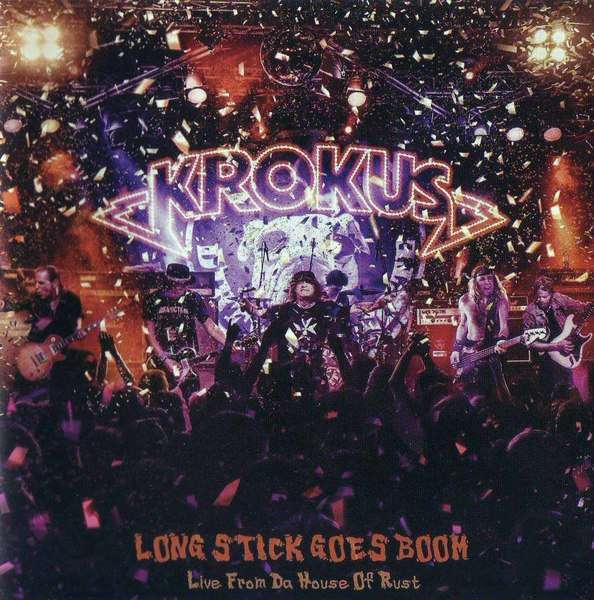 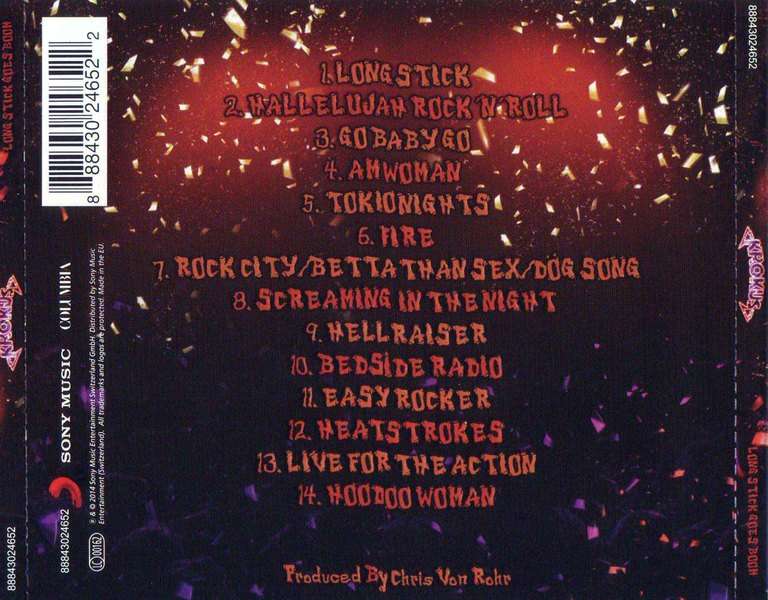 Krokus is a hard rock/heavy metal band from Switzerland. They enjoyed moderate success in North America during the 1980s.Krokus was founded in Solothurn in 1975 by bassist (and original lead vocalist) Chris von Rohr and guitarist Tommy Kiefer. Former Eazy Money vocalist Marc Storace joined the band as frontman in time for their Metal Rendez-vous album in 1980.On November 18, 2007, the line up featuring Chris von Rohr, Fernando von Arb, Freddy Steady and Marc Storace reunited to play a medley ("Tokyo Nights", "Bedside Radio" and "Heatstrokes") during the TV show, Die grössten Schweizer Hits, on Swiss television. This led to their reunion concert on August 2, 2008. Krokus's cover of Sweet's "The Ballroom Blitz" also appeared in the 2007 game Guitar Hero Encore: Rocks the 80s.It was announced on April 20, 2008, that the classic lineup of Chris von Rohr, Fernando von Arb, Freddy Steady, Mark Kohler and Marc Storace had reunited, and would be releasing a new studio record in 2010 with a supporting world tour. On August 2, 2008, the band performed live in the Stade de Suisse in Bern. Krokus performed the official anthem of the 2009 Ice Hockey World Championships, hosted by Switzerland. The song was entitled "Live for the Action".On March 3, 2010, their latest album, Hoodoo, including a cover version of Steppenwolf's "Born To Be Wild" and ten other songs, was released.It came in a regular and limited edition, the latter containing a DVD featuring concert footage.In May 2011, drummer Fready Steady announced he was leaving the band.Reunion with Mandy Meyer and beyond (2012–present.In December 2012, it was announced guitarist Mandy Meyer was once again rejoining the band after having filled in for an ailing Fernando von Arb at the Loud Park Festival in Japan in October 2011.Krokus released their seventeenth studio album Dirty Dynamite on February 22, 2013.On April 21, 2013, it was reported that former drummer Dani Crivelli, who played on the band's 1988 Heart Attack, had died.[9] According to the German language Swiss daily Blick, Crivelli fell off a bridge in Trimbach, Canton of Solothurn, and did not survive the fall.The band name Krokus is German for crocus, a flower common throughout Europe. Early in the spring of 1975, band founder Chris von Rohr observed a field of these flowers while traveling by train. He was returning from L'Ecole des Chefs located in France after an aborted career in the culinary arts, and it was around this time the idea for the band was formed. The band members stated that it was the perfect name, since it featured "rok" in the middle.

Long Stick Goes Boom: Live From Da House of Rust (also known as Long Stick Goes Boom - Live From Da House of Rust and by other titles) is a live album by melodic hard rock band Krokus. Released on 24 March 2014 in Europe and 22 April 2014 in North America by the label Columbia, it was recorded on August 30, 2013 at the "House of Rust" venue in Solothurn, Switzerland. The album has received praise from publications such as Allmusic and Blabbermouth.net, and it peaked at the #3 position on the official Swiss album chart.The album was recorded in front of a rowdy, upbeat "hometown crowd", with the concert taking place in Solothurn, Switzerland on August 30, 2013.Its title comes the group's song "Long Stick Goes Boom" (also known as just "Long Stick"), which is a track initially from the 1982 album One Vice at a Time. That song has been one of Krokus' most popular hits over their career (peaking at #22 in the U.S., for example), and a version of it incorporating elements of The Who's track "Pinball Wizard" begins the release.Krokus' members have felt their studio albums don't quite capture their natural sound, as played on stage before a live audience, which is a factor that frontman Marc Storace has called "frustrating to hear". As well, the live album aimed to capture the distinct abilities and performance styles of the band's three guitarists. After everything finished, Storace felt pleased with Live From Da House of Rust due to its "animalistic" feel.The album captures the group as a six-man line-up made up of Mark Kohler, Mandy Meyer, Flavío Mezzodi, Marc Storace, Fernando Von Arb, and Chris Von Rohr. As well, Chris Von Rohr contributed to the album's production work.The release's track selection encompasses multiple decades of the group's history while having a relative emphasis on their recent work from the 2000s and 2010s.Krokus are a Swiss rock band that I never paid any attention to back in the day and didn’t even realise they were still going. Naming your band after a flower, albeit with the German spelling of crocus (and with the word “rok” in the middle), was a risky move…but it has worked for Krokus as they are still going strong after almost 40 years in the business.“Long Stick Goes Boom” documents the band’s return to where it all started, namely their hometown of Solothurn, Switzerland and features a wide selection of the early classics (1980 – 1983) plus a sprinkle of recent numbers (2006 – 2013) but nothing from in between…Krokus has never been too stable over the years with no band member actually having played in every line-up but what we have here is as close to classic as we could expect – founder Chris von Rohr on bass, Fernando von Arb, Mark Kohler and Mandy Meyer on guitars, Flavio Mezzodi on drums and Marc Storace on vocals.We kick off with Krokus’s most famous number…Long Stick Goes Boom with its distinctly AC/DC groove and then continue in the AC/DC vein with Hallelujah Rock’n’Roll and Go Baby Go…you can almost believe these are taken from Angus and company’s secret vault.American Woman needs no introduction with it being Krokus’s 1982 cover of The Guess Who’s classic number. Tokyo Nights and Screaming in the Night both bring classic Scorpions to mind. The rest…well…the riffing, the rhythm and Marc Storace’s vocals lead us back to AC/DC.Krokus may never be able to move away from that classic AC/DC sound mixed with a little Euro metal a la Scorpions…but then who cares if it is this enjoyable! Time to check out some of their studio albums methinks.Old fashioned good time rock and roll…and a lot better than I expected! The band definitely enjoyed this homecoming – a top-notch performance throughout.