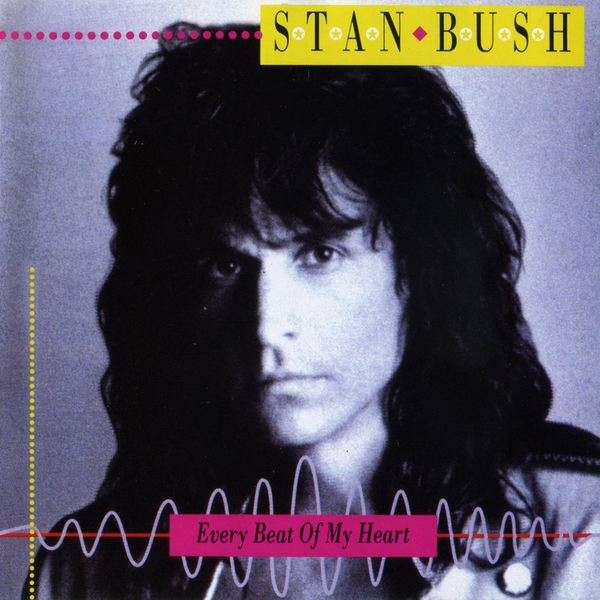 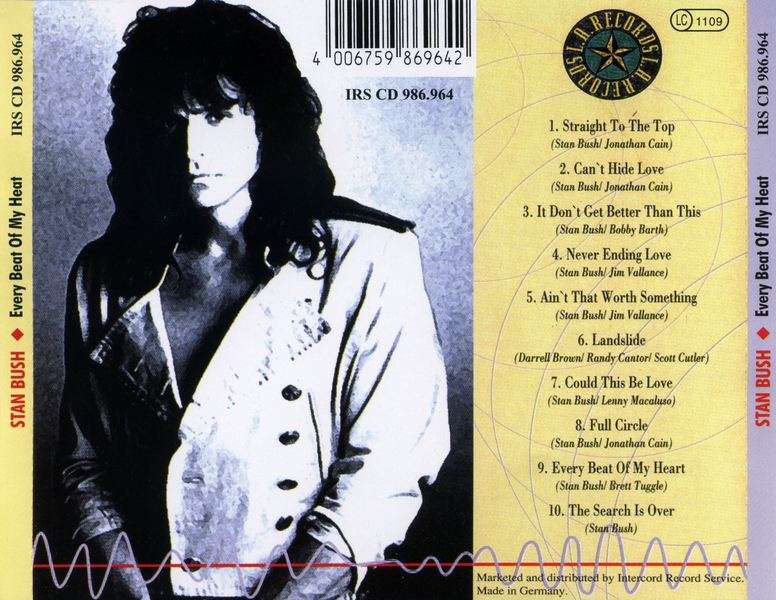 Stan Bush is an American singer-songwriter and musician whose most notable work includes the songs "Dare" and "The Touch" from the soundtrack to the 1986 animated film The Transformers: The Movie, and "She's Got the Power", featured in the American voice dub of the animated series Sailor Moon. He also had one track on children's album Take My Hand - Songs from the 100 Acre Wood entitled "That's What Tiggers Do Best," released in 1995. Other notable works include the songs "Never Surrender," "Streets of Siam," and "Fight for Love" from the movie Kickboxer, and "Fight to Survive" and "On My Own - Alone", the theme from Bloodsport. In 1987, Bush (and back-up band Barrage) wrote and recorded the ballad "Love Don't Lie", which became a minor MTV hit when covered a year later by House Of Lords.Bush submitted two tracks for the producers of the 2007 live action Transformers movie, but they were not included on the final soundtrack. However, on July 3, 2007, Bush re-released his album In This Life with the two additional tracks he submitted for the Transformers soundtrack, which include an updated version of "The Touch", and an updated version of his song from BotCon 1997, "Ground Zero", retitled "'Till All Are One". Bush also recorded another, markedly different version of "The Touch" which was at first rumoured for possible inclusion in the 2009 sequel Revenge of the Fallen.[1] The 2007 version of "The Touch" was later released as a free downloadable track for the video game Guitar Hero World Tour.[2] More recently, Bush's aforementioned "Till All Are One" was used as the end credits song for 2010 video game Transformers: War for Cybertron.Bush's latest studio album is Dream the Dream, which was released on September 15, 2010 through LA Records. The album contains 11 new songs written and performed by Stan Bush and studio musicians, as well as a cover of perhaps his most popular song, "The Touch", which was originally re-recorded for inclusion in 2009's Transformers: Revenge of the Fallen film, but was ultimately not included. His first full-studio effort since 2007's In This Life, it gathered positive reviews from fans and critics alike.In 2011, Bush recorded "High Noon Theme" for the wrestling promotion Chikara, which was a parody of the theme song for the 80s cartoon M.A.S.K.

It's been a long, long time - five years, to be exact - since STAN BUSH released a milestone in AOR with the "Stan Bush And Barrage" album, then toured German clubs with Lou Gramm, who had just left his band Foreigner at the time, and finally did a few shows of his own. After that, at least in this country, there was a great silence around the man with the distinctive voice. In his native America, STAN BUSH quickly made a name for himself through his studio work and as the composer of various commercial melodies, which made him one of the greats in the songwriter's guild. "Every Beat Of My Heart" shows the maestro far less rocking than in the past, but songs like 'Could This Be Love', 'Straight To The Top' or 'Can't Hide Love' are once again captivating due to their sophisticated arrangements and melody lines, which should guarantee radio airplay, and their characteristic voice. By way of information, it should be noted that the majority of the ten songs on the album were written in collaboration with Jim Vallance (who has worked with Aerosmith and Bryan Adams) and ex-Journey keyboardist Jonathan Cain. Names that stand for class, for people who simply have the proverbial hang of writing a potential single hit. Needless to say, "Every Beat Of My Heart" is packed with such songs, but for me personally it lacks the appropriate drive a few times. Still, a fat seven points for an album that AOR fanatics should have in their collection.