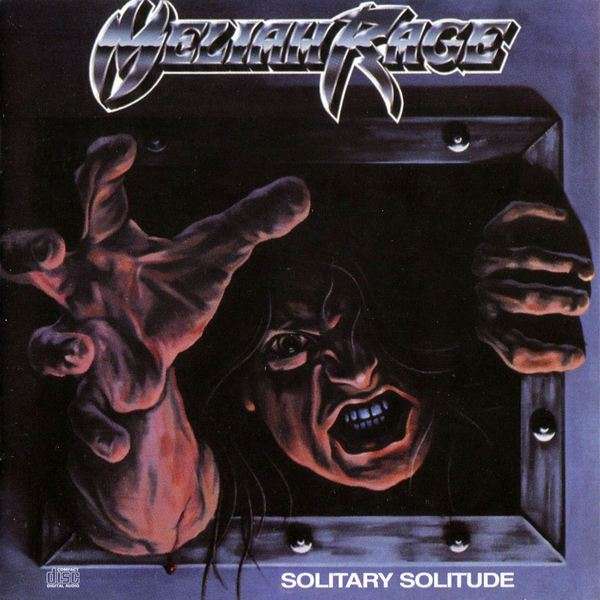 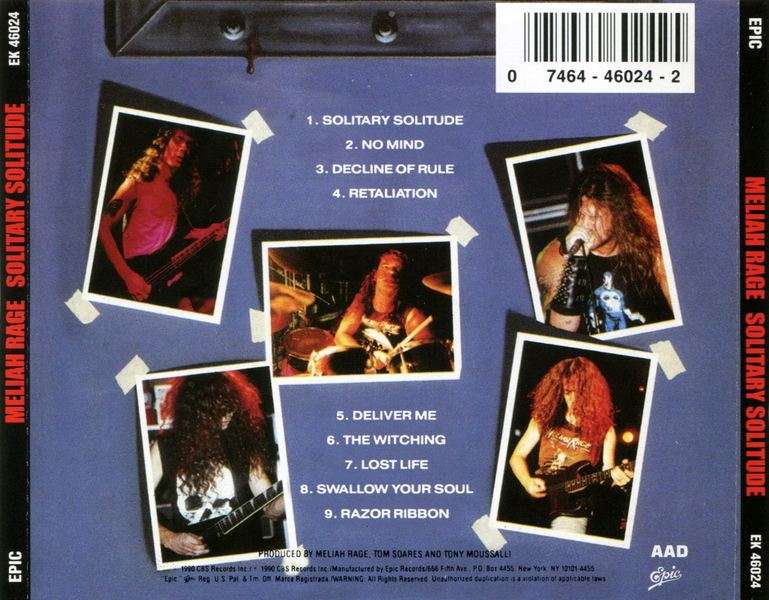 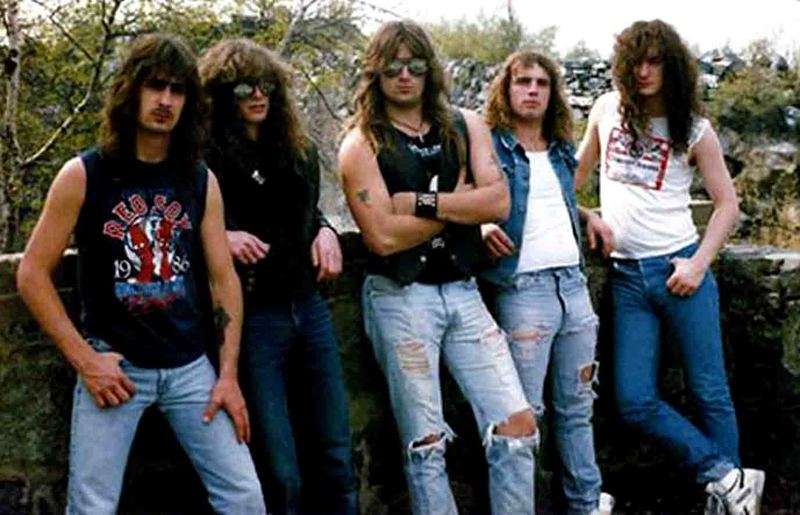 Boston based MELIAH RAGE was founded in 1987 under the leadership of guitarist/songwriter Anthony Nichols. The band, consisting of Mike Munro on vocals, Anthony Nichols on guitar, Jim Koury on guitar, Stuart Dowie on drums and Jesse Johnson on bass, forged a distinct sound of aggressive, heavy rhythm with searing melodies and catchy arrangements. A three-song demo was recorded in 1987.Although determined in his mission of metal, Nichols had spent a brief tour with the seminal Boston hardcore band, GANG GREEN. The association with the band would eventually pay off however, as it led to MELIAH RAGE’s official launch. The manager of GANG GREEN took them in and had two major labels look at them within a month. MELIAH RAGE signed to Epic Records after only 8 shows. A band playing this style of music signing to a major label for their debut was unheard of in 1988.The group recorded their first album, entitled “Kill To Survive”, released in 1988. The debut melded the band’s various influences, and was quite different from anything released at the time. Rather than relying on 2-dimensional, lightning riffing, the band used a more melodic, mid-tempo rhythm, injecting haunting lyrical material that revolved around the frailties of humanity, hypocrisy, corruption, abuse. The video for “Beginning Of The End” aired on MTV worldwide.In 1989 the band embarked on a three month US tour with heavyweights METAL CHURCH. The Detroit show was recorded and the live EP “Live Kill” was released later that year. The band also hit the stage with the likes of SLAYER, TESTAMENT, NUCLEAR ASSAULT, MANOWAR, OVERKILL, MEGADETH, MORBID ANGEL and others that and the following year.In 1990 the band returned to the studio and recorded their second album “Solitary Solitude” which to this day is considered an underrated classic. A video for the song “The Witching” was shot and aired on MTV’s Headbangers Ball. A five week European tour soon followed and MELIAH RAGE seemed to be on their way to the top of the heavy metal world.Unfortunately, the musical tide was changing. The early ’90s hit and MELIAH RAGE, like so many other bands of the time, was dropped in favor of the Seattle sound. After some time off the band re-grouped with the addition of then drummer Sully Erna (future GODSMACK vocalist) and bassist Keith Vogele. The new lineup recorded demos, played some shows over a couple of years and searched for a record deal, but it was becoming apparent that there wasn’t much room for this style of music in the early ’90s. Meanwhile, Nichols also worked on a side project, CACTUS LAND, with Koury and vocalist Paul Souza. Despite not landing a contract, Nichols’ collaboration with Souza would prove to be beneficial for the future.Still in December 2010 MELIAH RAGE was approached by Metal On Metal Records and the agreement for releasing the band’s next album was soon reached. The band continued tracking “Dead To The World” from January to May 2011. Their 7th studio album was released on July 28th and brings some classic US power metal mixed with a dose of thrash, with great melodies and crunchy riffs.This year the band have announced the addition of singer Marc Lopes to the group's ranks. The band currently has a new album, "Warrior", with a release date of April 25th, 2014. Lopes, who hails from New Bedford, Massachusetts, was previously involved with DARK DAY SUNDAY, the old-school thrash outfit featuring FATES WARNING guitarist Frank Aresti and SHADOWS FALL drummer Jason Bittner.

Wow, What a great album. An aggressive onslaught of catchiness, delivered in the form of palm-muted text book thrash metal. There are a few hints of power metal and straight forward heavy metal textures, but for the most mart however, this is straight forward bonafide thrash! Many critics failed to realize Meliah Rage as a competent thrash band and for whatever reason they never did receive the recognition that they righfully deserved. I have heard some people compare this band to a lesser talented Pantera, but aside from the guitar solos on a Pantera album...I don't quite know where their shortcomings are being derived from? As far as I'm concerned, this album is excellent! Mike Munroe's vocal approach is very powerful, yet at the same time very flavorful. Mike can sing like a motherfucker. He is capable of hitting some high notes and he can acheive the gutteral effect when needed, but for the most part he's simply a powerful singer that adds to the overall affect of the album on the listener. His angry emotion cannot be denied! Nor can his ability to structure several words strung into a single breath without deviating off key (check out the ending of Solitary Solitude) The guitars are very crunchy and the chord progressions that Anthony Nichols creates, manage to work beautifully on each and every song. There are some groove laden dun-dun's(aka palm muted in E Chord pattern's) as well as some speedy crunchy kinda stuff thats flows beautifullly(see No Mind) Anthony Nichols is actually in my opinion one of the most consistent song writters of the genre. The man can do no wrong.The drumming is better than sub-par, but not quite as amazing as on the next album.Overall, this album is an important part of the early nineties thrash era, just before the genre kinda disappeared for awhile. All those that have never heard this album should immediately do whatever is necessary to aquire it, for it truly is a long lost Hardifact.Also, be on the lookout on the net, there is actually a video for the song The Withcing.Best Tracks are; Solitary Solitude, No Mind, Lost Life, The Witching, and Razor Ribbon