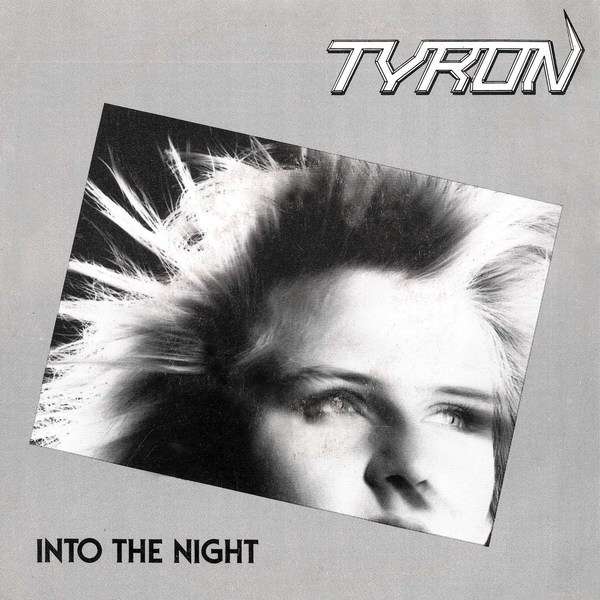 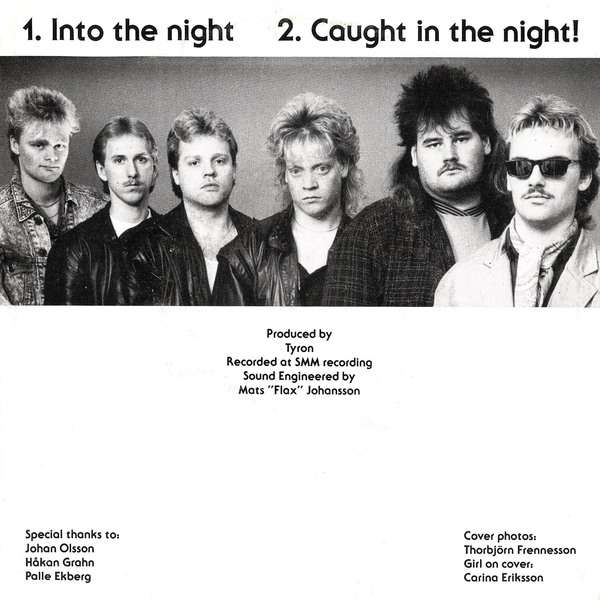 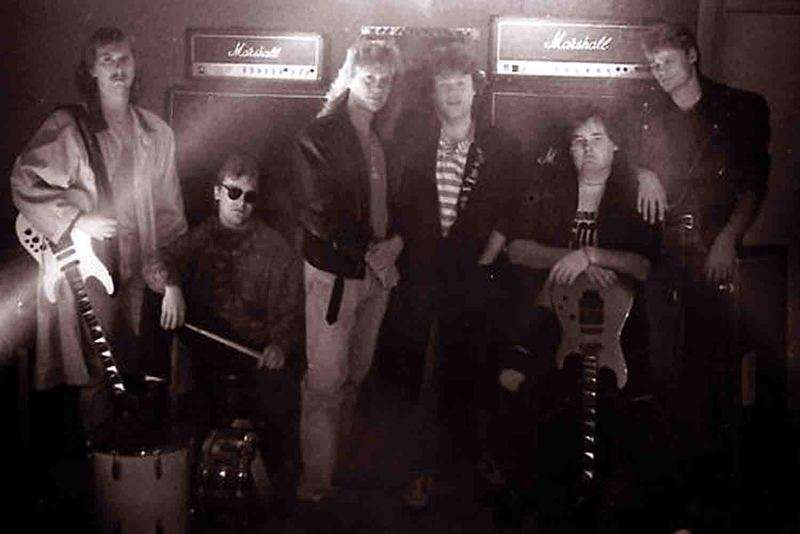 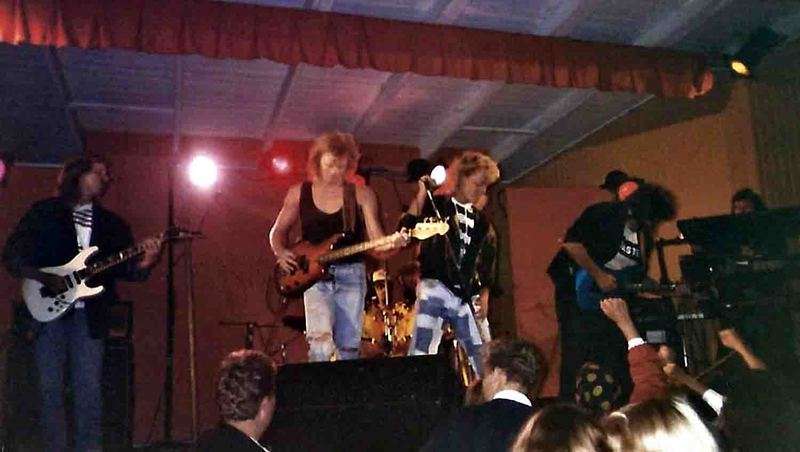 The band Tyron was formed around 1984 by Hans Johansson, Klas-Göran Antonsson, Pheter Svensson, Peter Håkansson and Tommy Nilsson. Hans, Pheter, Peter and Klas-Göran had previously played together in various constellations. Tyron played rock/AoR/hard rock, where melodies and heavy riffs were important ingredients. A little later the band consisted of Pheter Svensson (vocals), Tommy Nilsson (guitar), Hans Johansson (guitar), Michael Palez (bass) and Peter Håkansson (drums). Shortly thereafter, Michael was replaced by Jonas Carlsson on bass and Niclas Johansson replaced Pheter as vocalist. Both came from the band Headon. Leif Dristig replaced Peter Håkansson on drums around 86 and Kent Klaveness was added on keyboards. Tyron had a lot of gigs (Eringsboda well, the opening of Solna centre, Skara sommarland, husband at Åregården, etc.) and released a cassette demo with 4 tracks/songs in 1986, the single "Into The Night" (SMM Recording) in 1988 with the songs Into the night and Caught in the night and participated in the Musikföreningen Oden´s Jubilee CD 1993, with their own song "Message of love". 1993-94 Magnus "Mankan" Sedenberg took over the bass when Jonas left the band. Info from Jonas Carlsson, Klas-Göran Antonsson and Peter Håkansson.

Debut single from 1988.Tyron is a hard rock/AoR band formed in 1984.1989 saw the release of our first single "Into the night". Now 30 years later we are celebrating by releasing some of the songs recorded in 1993 that would become our CD on the major music sites.