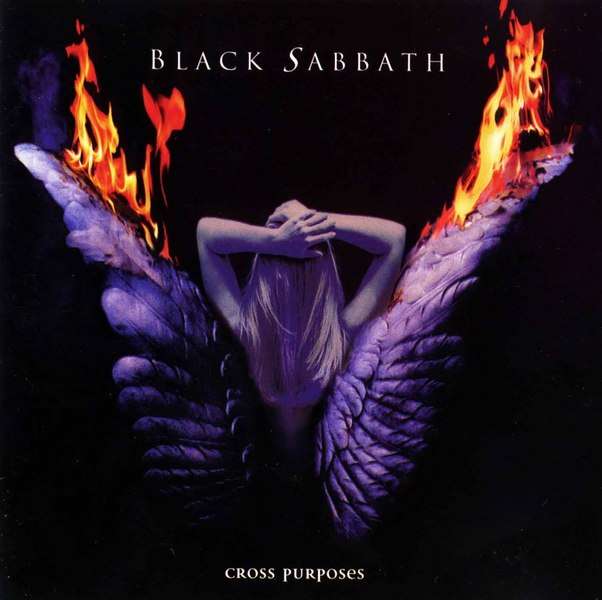 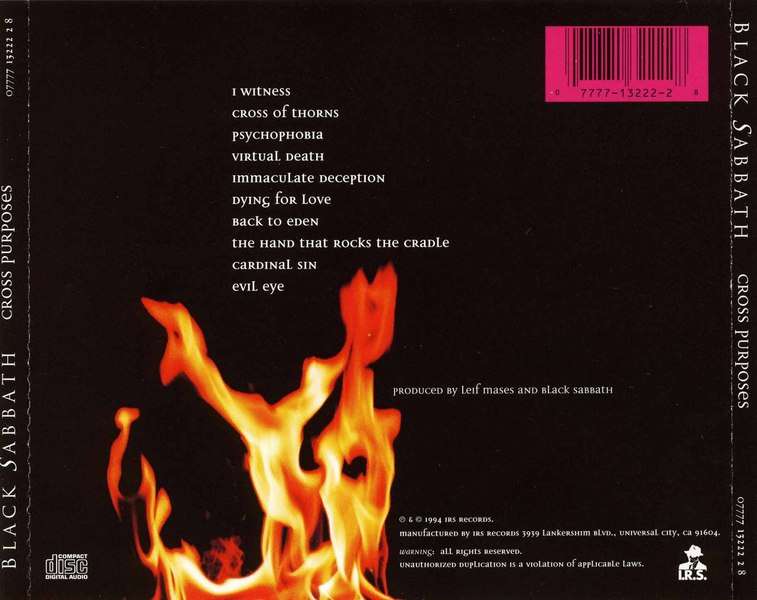 Cross Purposes is the 17th studio album by English rock band Black Sabbath, released in January 1994. Dehumanizer saw the reunion of Mob Rules-era Black Sabbath, but, after the tour, Ronnie James Dio (vocals) and Vinny Appice (drums) departed. They were replaced by former Sabbath vocalist Tony Martin and former Rainbow drummer Bobby Rondinelli. Geezer Butler remained with the group, although he would depart later in the year again before the recording of the Forbidden album.The song "Cardinal Sin" was originally intended to be titled "Sin Cardinal Sin" (or "Sin, Cardinal Sin") but a printing error on the album sleeve caused the first word to be removed. Sabbath simply adopted the title "Cardinal Sin" as the name of the song.A promo video in black-and-white was shot for the song "Hand That Rocks the Cradle"."What's the Use?" was released only on the Japanese edition of Cross Purposes, which also contained a free sticker of the artwork. A nearly identical version of the "burning angel" image was featured on a Scorpions single three years earlier. The album peaked at number 122 on the Billboard 200 charts.In July 2014, Guitar World magazine ranked Cross Purposes at number six in the "Superunknown: 50 Iconic Albums That Defined 1994" list.All tracks written by Geezer Butler, Tony Iommi and Tony Martin, except "Evil Eye" written by Butler, Iommi, Martin, and Eddie Van Halen (who was not credited, due to restrictions from his record label, Warner Bros. Records).