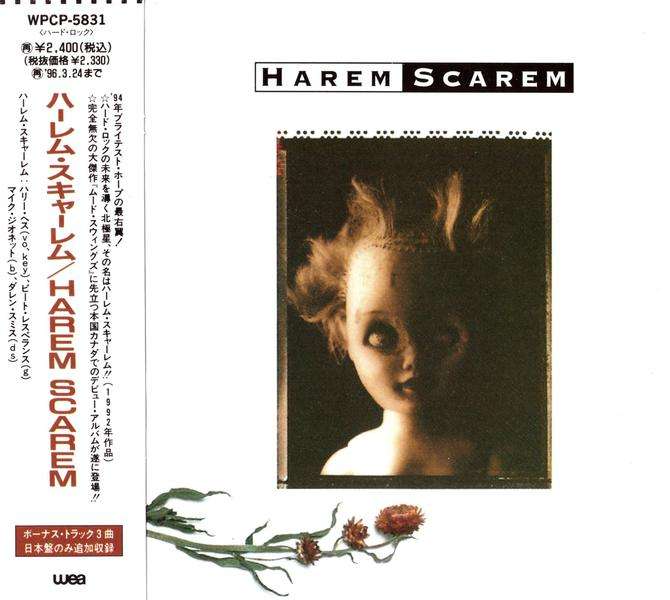 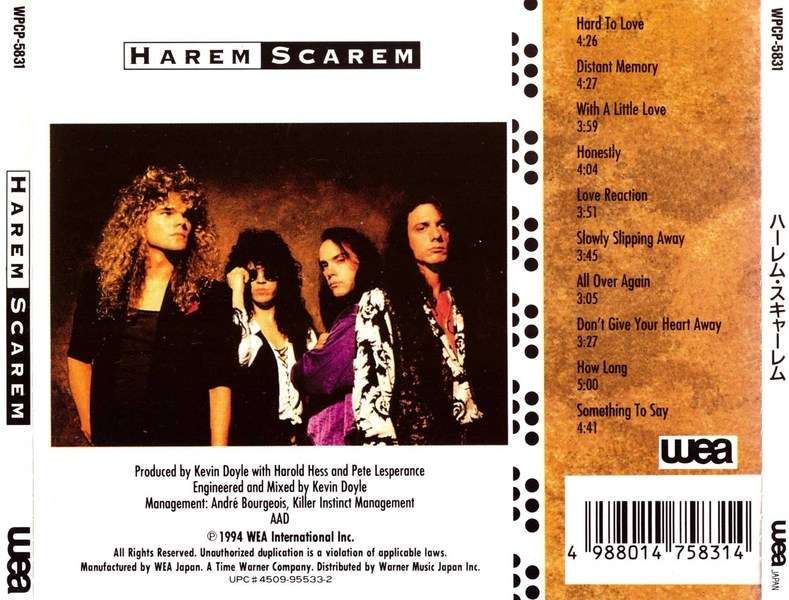 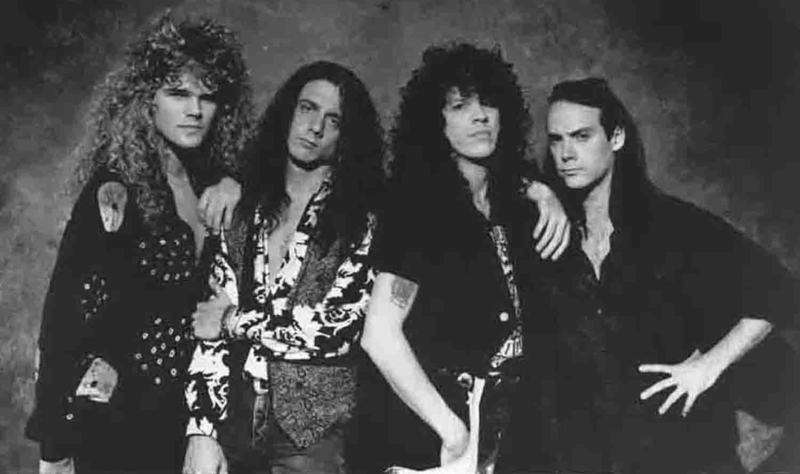 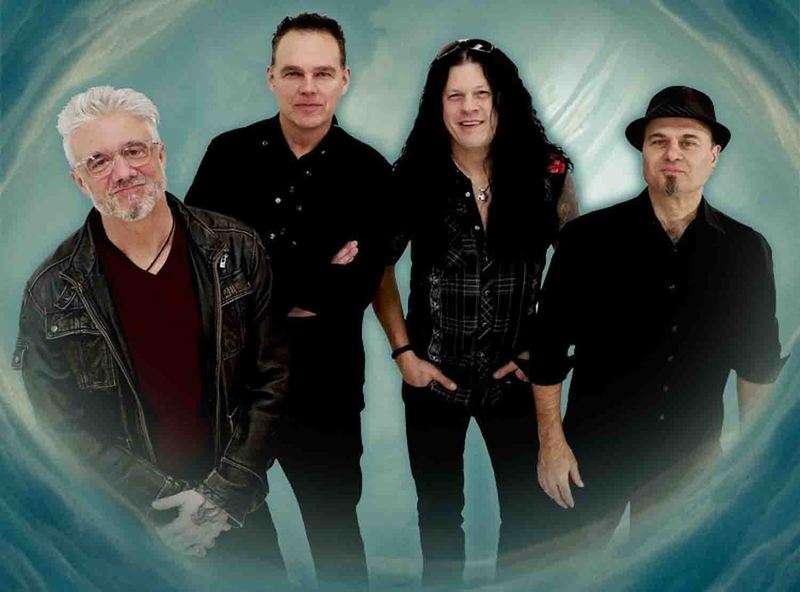 Harem Scarem are a Canadian hard rock band from Toronto, ON. Harem Scarem achieved popularity in Japan and their native Canada in the early 1990s. Harem Scarem were originally active from 1987 to 2008 and reformed in 2013. Throughout their career, they released 12 studio albums, plus numerous live and compilation albums.Early years:Harem Scarem was formed in 1987 by guitarist Pete Lesperance and singer Harry Hess, formerly of Blind Vengeance who had recorded one heavy metal album in the late 80's. The lineup was rounded out by Darren Smith (drums) and Mike Gionet (bass). They recorded a demo CD in 1990, which garnered them attention since most demos at the time were released on cassette tape only. On the strength of this demo, they were signed to Warner Music and recorded their first album. This demo CD, which was sold to fans, is long out of print.Commercial Success:In 1991, Harem Scarem released their self titled debut album, which charted at No. 68 on the Canadian album chart. The band scored a hit single from the album; "Slowly Slipping Away", which charted at No. 25 on the Canadian single chart. They also managed to chart two minor hits; "Honestly" and "Love Reaction" The following year, Harem Scarem was able to gain some notoriety when 8 songs from their debut album Harem Scarem were predominantly featured in the Canadian teen series Degrassi Junior High, and Degrassi High's farewell TV movie, School's Out.Harem Scarem released their second album in 1993, Mood Swings, which had a harder sound to it than their previous album. It also featured the recorded vocal debut of drummer Smith on the song "Sentimental Blvd." A fan favorite, Mood Swings charted at No. 83 on the Canadian charts. The album's lead off single was "No Justice", which managed to chart at No. 59 in Canada, while the other two singles failed to chart. Mood Swings caused the band to gain popularity in Japan, and the band's previous album was quickly issued in that country the following year. This was followed by a live and acoustic EP, appropriately titled Live & Acoustic.Short Lived Success:In 1995, the band released their third album Voice of Reason. The album introduced a change in the band's musical style, and was darker in sound than the first two albums. The song "Blue" was released as a promotional single and had a music video for it, however it failed to chart. Bassist Mike Gionet departed after Voice of Reason for personal reasons and was replaced by former Blu Bones member Barry Donaghy.The next two albums, Karma Cleansing (which was released as Believe in Japan) and Big Bang Theory, saw Harem Scarem modernizing their sound. Barry Donaghy also made his lead vocal debut with Harem Scarem on "Sometimes I Wish" from Big Bang Theory. Both the albums and the singles from them again failed to chart. In 1998, the band released their last commercial single "So Blind".Rubber:In 1999, Harem Scarem changed their name to Rubber, and released two albums under that name in Canada. However, they still used the name Harem Scarem in Japan and the rest of the world. Pete Lesperance made his recorded lead vocal debut on the song "Trip" from the self-titled Rubber CD. They made a music video for "Sunshine", which had actors that looked like Jay and Silent Bob, and parodied movies which were released around that time, such as American Pie. The second album under the Rubber name, Ultra Feel, featured their new drummer Creighton Doane (brother of Melanie Doane) replacing Darren Smith. Smith briefly switched to guitar and joined Helix as a touring member. The band soon dropped the Rubber name and switched back to their original name, Harem Scarem.Later Years and Breakup:2002's Weight of the World (released as a Rubber album in some markets) harkened back to the earlier sound of Mood Swings. It was followed in 2003 by Higher. The album's sound was more of a combination of classic melodic rock with a modern production. The album also featured the power ballad "Higher". The year 2003 also saw the release of Harry Hess' debut solo album Just Another Day which was well received by fans. In 2004 Pete Lesperance released his debut solo album Down In It (re-recorded with Mike Turner and released under the band name Fair Ground in 2006).Continuing their prolific output of studio albums, 2005's Overload was followed by Human Nature in 2007. The Japanese version of Overload features a cover of the AC/DC classic, "You Shook Me All Night Long".On July 19, 2007, lead singer Harry Hess announced that Harem Scarem "will make one more studio record, and then after 20 years we have decided to move on to other things". The final album, called Hope, was released July 2008.Post-Breakup...On June 21, 2010 Frontiers Records announced a new studio project called First Signal featuring ex-Harem Scarem members Harry Hess and Darren Smith. The album was released on August 27, 2010.Much of the Harem Scarem back catalogue was reissued in September 2010, featuring bonus tracks. Included in the reissue program are albums formerly only available in Japan, such as B-Side Collection, Rocks, and Ballads.On December 2012 it was announced that a reunited Harem Scarem would headline the 10th Firefest festival in Nottingham UK in October 2013.

Harem Scarem is the 1991 self-titled debut album by the Canadian hard rock band of the same name. Music videos were shot for the songs; "Slowly Slipping Away", "Honestly", and "With a Little Love". The album charted at No. 68 on the Canadian charts. However two singles from the album, "Honestly" and "Something to Say", were big hits in Indonesia and the Philippines.The album includes guest appearances by fellow Canadian stars such as Ray Coburn of Honeymoon Suite, Carl Dixon of Coney Hatch and Paul MacAusland of Haywire. It also boasted a co-writing credit by award-winning songwriter Christopher Ward of "Black Velvet" fame.I was doing my Bonfire reviews this week and I just thought to myself, “What’s another good melodic hard rock band that is worthy of an archive?” and at the same time I noticed that Harem Scarem have a new album coming out in the not too distant future so I thought, “Hey why not do them?” and put on their debut self titled release and decided to give it a shot. Harem Scarem have gone through many stylistic changes throughout the course of their career, from their 80’s inspired balladesque hard rock found on their debut, to pop leanings with Big Bang Theory and to modern melodic rock with Weight of the World in 2002, one of this reviewers top fifteen albums of that year as well.Listening to Harem Scarem it is hard to see almost how far the band would come in the future. Looking at the quote this is in by no means a bad affair, but compared to what the band will become this is quite a humbling shock. The whole album has a soft feel to it with only about two out and out rocking tracks the rest being slow ballads or slow to midtempo balladesque songs. This is a good disc to put on while wanting to mellow out or just to have some nice music to listen to without too much of a hassle. There are several songs on here that the band still plays live today which is a testament to the strength of the songs here. One of them, the opener and the fastest, Hard to Love, is a classic song for the band in every sense of the word. A great vocal delivery and a nice keyboard beat in the background with some great guitar licks by Pete Lesperance, this is a definite killer. After that strong opener the rest of the album is pretty much a collection of ballads and this surprisingly didn’t disappoint me. Since the album is comprised of mostly ballads the band had to actually write some good well structured ballads instead of some bands that put out ballads seemingly to fill out their cd. The best ones are the slow, piano driven Honestly and the guitar led How Long. With ballads you pretty much know what type of lyrical content that you’re gonna get and as you guessed it, Harem Scarem sing a lot about relationships, both the positive end of things and the negative. Honestly is a lamenting song of lost love that is very emotional. How Long takes the prize of being my personal favorite track off the album however as after a slow intro it kicks into a great verse / chorus pattern, incredibly simple yet incredibly effective. Harry Hess sings tremendously here, as if the events in the song actually happened and this is a cathartic release for him. Speaking of the lyrics, I love them, this band writes songs that you can relate to very easily. Perhaps that is why I love Melodic Hard Rock so much, especially at my age where the things that these types of bands sing about actually happen. While I really enjoy bands such as Rhapsody I know I’ll never run into Aresius on his trip to Hankar to slay the mighty demon wizard with the emerald sword. HAIL!!! You know what I mean? Whereas Rhapsody and the ilk can write lyrics that are good for escapism and fantasy I can’t really sit down and go, “Yea I totally understand where he’s coming from,” but bands like Harem Scarem and Bonfire, when they write songs you can sit down and listen to them or read the lyrics and actually go, “Yea that reminds me of so and so.” All Over Again is one of those songs that makes reminds you of someone or something. It has a more rockish feel to it than the other ballad’s and like I said, is pretty personal, not in the sense that it means so much to me but in the sense that a person can relate to it very easily. None of the songs on Harem Scarem will blow you away with technicality or speed or majestic double harmony solos, instead they are good solid hard rock songs and ballads that you can relate to and sometimes that’s all you need for a great album.If you are a hardcore Power Metal fan and demand fast double kicks, soaring high vocals and songs about fighting for honor, (hey I’m one of those people too yet I love this kind of music) and that’s all you listen to you most likely won’t like this album. If you like midtempo or balladesque songs that deal with human relationships and matters then give Harem Scarem a shot. Another crowd this would appeal to is the ones that never gave up the 80’s. Like I said earlier this album has a strong 80’s feel to it and that’s part of its charm. A very good solid album that glimpses of what is to come. Maybe in the future I’ll review their masterpiece Mood Swings album.