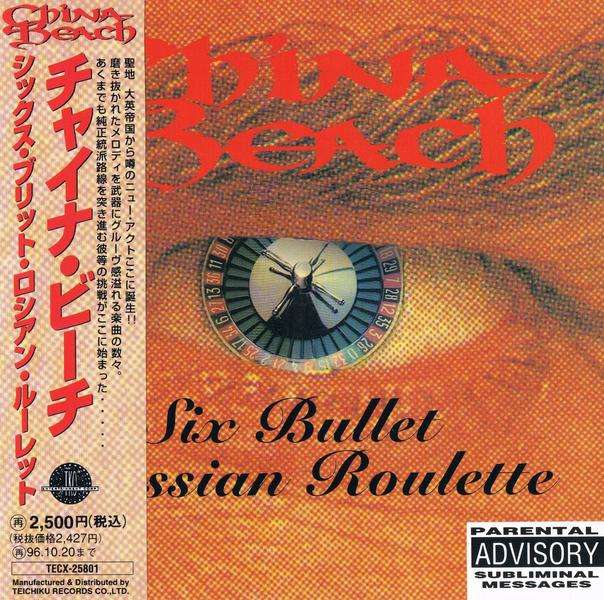 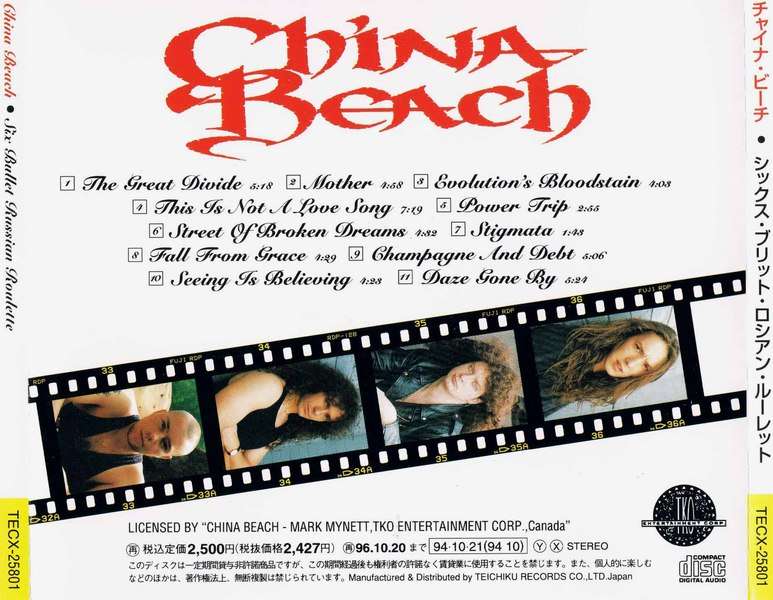 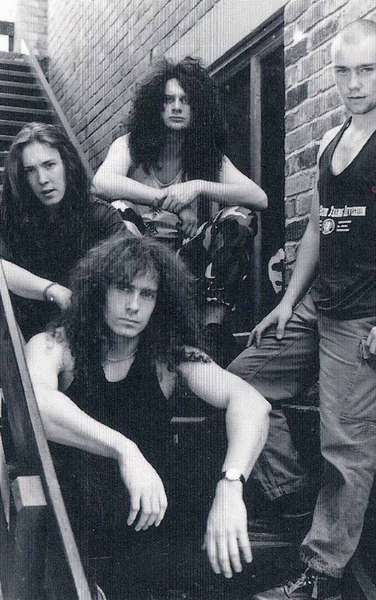 Formed by Danny Foxx after the break-up of Blood Money.Danny Foxx and Mark Mynett were also in a band called Sacrasanct prior to China Beach from 1987-1989. They were signed to Noise as "Zianoiz" but were then dropped on the grounds of being an unstable band due to Mynett's concerns that he voiced about their bass player.The band continued to record more demos, but then Mynett was sacked (he later claimed that he was going to leave). Danny Foxx remained for a further demo and the band reverted back to the name Sacrasanct. Danny then left in 1990 and formed China Beach and subsequently reunited with Mark Mynett.Reformed for one show in 2015 for Mark Mynett's 50th birthday party.

China Beach was a short-lived, obscure band resulting from the downfall of the awesome British Thrash/NWOBHM band Blood Money, who are perhaps almost equally obscure. After two phenomenal LP’s by Blood Money, cracks started to appear in the ranks of this Manchester juggernaut, and they ultimately resolved, leading vocalist and de facto leader Danny Foxx to create the short-lived project Sacrasanct with support from Noise Records, along with Mark Mynett. This project worked on demos before running into label problems which eventually lead to the creation of China Beach, an awesomely named heavy/power metal band and somewhat of a spiritual successor to Blood Money, though with it’s own flavour and reflecting of the period in which it was released.China Beach really offers up a solid album here – and one that grows on you a lot. While it’s lost the some of the dripping hyper-masculinity, blistering speed, fire and brimstone metal imagery and the rough, crunching edge of the previous efforts by Blood Money, it certainly retains ballsiness – heavy hitting riffs, the strong, forceful vocal performance of the distinctive Danny Foxx, and some really great guitar work. On first glance, or rather listen, you get a sense of the time in which the album was released, but also of the connections to Foxx’s prior works. Coming to the light of day in ’94 – a period which I don’t often have many good things to say about the music, this album reflects some of the nuances of the time – guitar tones are heavy and riffs hit with thickness and power, akin to some of the better power metal albums of the time - Doctor Butcher, Wicked Maraya and the like. Connecting this album to the Blood Money works, is of course, the booming, masculine and strong voice of Danny Foxx, who’s performance here is perhaps at its best ever – haunting, powerful and showy, even give the hard rock nuances of the album.The album didn’t immediately grab me by the balls – perhaps I was expecting the witchcraft and warfare imagery, and thundering NWOBHM on steroids approach and pace of the previous 2 albums by Foxx, but really has come to grow on me for its solid overall construction, creativity, production and the performance of the vocal helmsman. Slow haunting pounders like ‘Mother’ show off Foxx’s vocals, which I’ve always likened to Russ North from Cloven Hoof. His haunting tones, backed by crunching, heavily mixed guitars give us a NWOBHM/power metal feeling. The album has brilliant guitar work smattered throughout – the strong, strong ballad number ‘This is not a Love Song’ gives us a lot of crisp, clean guitar showiness and impressive, well-suited solos, along with the brilliant instrumental ‘Stigmata’. The slower pace of the album overall, is really just because of being in the shadow of the scorching-fast Blood Money records, but really it offers a chance for beautiful ballads, strong vocal performances, and very well-crafted guitars, and the shift to more of a hard rock overall approach, akin to later material by Banshee.As a whole, this is one of the strongest albums I’ve been listening to this year. I got the thing years ago, being a dedicated Blood Money fan, but have decided to revisit it, and I don’t know how I got along without it. I can never get sick of Foxx’s vocals, and the album offers up smatterings of NWOBHM, hard rock pounders in an Armored Saintesque vein (‘Power Trip’, ‘Champagne and Debt’) or near- blues rock homages (where they sound like a more metal Badlands or Skid Row ) in ‘Street of Broken Dreams’. There of course, also great moody instrumental cuts (‘Stigmata’, Daze Gone By), and well-crafted ballads which manage to steer clear of the early 90s rock cheesiness and forced qualities, such as ‘This is not a Love Song’ or ‘Fall from Grace’. A strong album throughout with a good deal of variety, highlighted by great vocals and solid guitarsmanship, this album isn’t for those afraid of a little hard rock in their music, as the album largely consists of those flavours, with hints of NWOBHM and power metal in the mix.