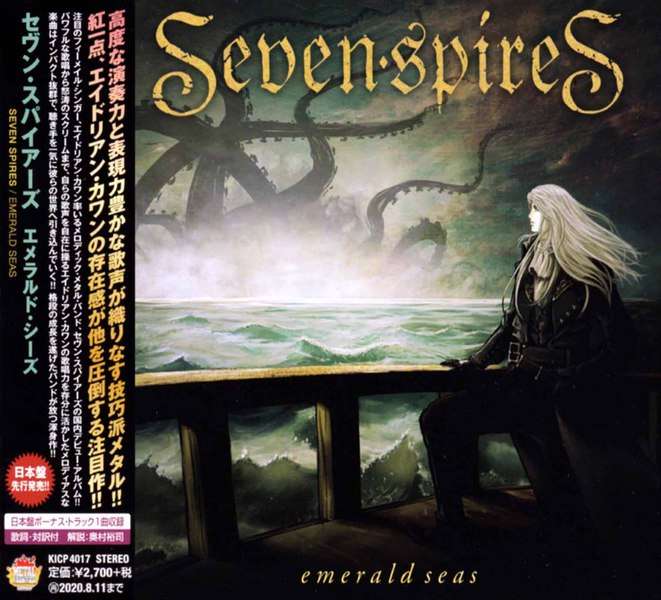 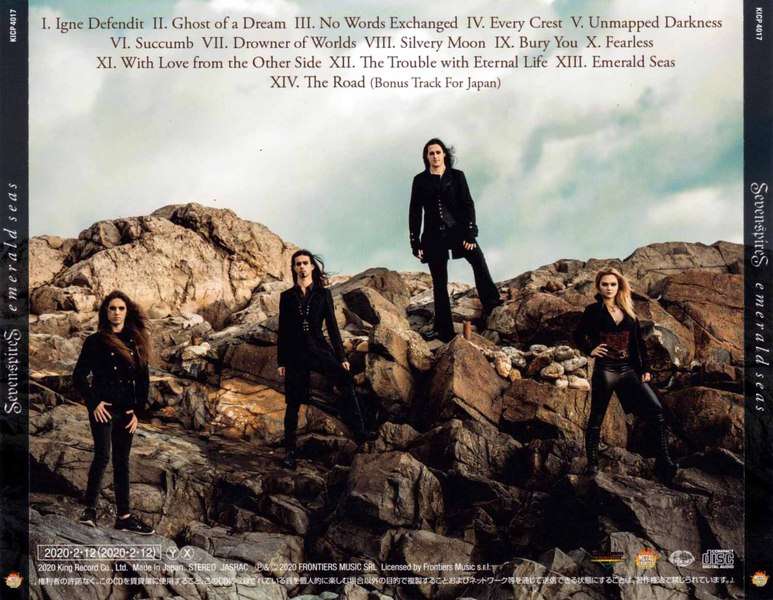 One fateful day in Boston, some years ago, two immortals crossed paths in a bookstore. He, Jack Kosto, was of many, many notes, and she, Adrienne Cowan, was of darkness and the old world. Such was the birth of Seven Spires, and so it shall always be. With the fortunate additions of old friends Chris Dovas and Peter de Reyna, the family was complete. Though young in countenance, the four were armed with highly specialised training from Berklee College of Music, as well as an insatiable drive to earn that which they hungered for.In their early years, they shared bills with the likes of Arch Enemy, Apocalyptica, Sonata Arctica, Fleshgod Apocalypse, Epica, The Agonist, Butcher Babies, Amaranthe, Kreator, Huntress, Carach Angren, and others. They completely sold out of records, and then ventured to Gate Studios in Wolfsburg, Germany to finish recording their new album with the illustrious Sascha Paeth.

As Frontiers continues to rapidly expand the metal portion of its roster, one serious feather in the cap is the signing of the incredibly talented Seven Spires. The band met while studying at the world renowned Berklee College of Music in Boston, so we need not spend much time going on about their musical capabilities, but needless to say, the band's musicianship is in keeping with the metal tradition of tireless work to be the best at your craft. Singer Adrienne Cowan is a true talent, with vocals ranging from the beautiful to the demonic. The band's sophomore album "Emerald Seas" is highly emotional, dark, and theatrical. The band, as with their debut, collaborated with Sascha Paeth (Avantasia, Kamelot, Epica, etc.), who mixed and mastered the album. Incidentally, Adrienne Cowan was handpicked by Paeth to front his new band, Sascha Paeth's Masters Of Ceremony and she is also one of the touring vocalists for the hugely popular Avantasia.Seven Spires is an American metal quartet specializing in melancholic tales and tenebrous grandeur. Part bittersweet melodic metal anthems, part apocalyptic melodic death and black metal, and part Romantic Classical poets, they are storytellers who draw from across the traditional spectrum of metal and beyond to weave tragedies of demons, death, love, and the peculiarities of human condition.Following a highly successful crowdfunding campaign and release of their debut album "Solveig", Seven Spires performed extensively in the US, Canada and at festivals such as MetalDays, 70,000 Tons of Metal, and ProgPower USA.Seven Spires continue the Frontiers' tradition of identifying and signing the most promising talents to ensure that the future of hard rock and metal music is in good hands.