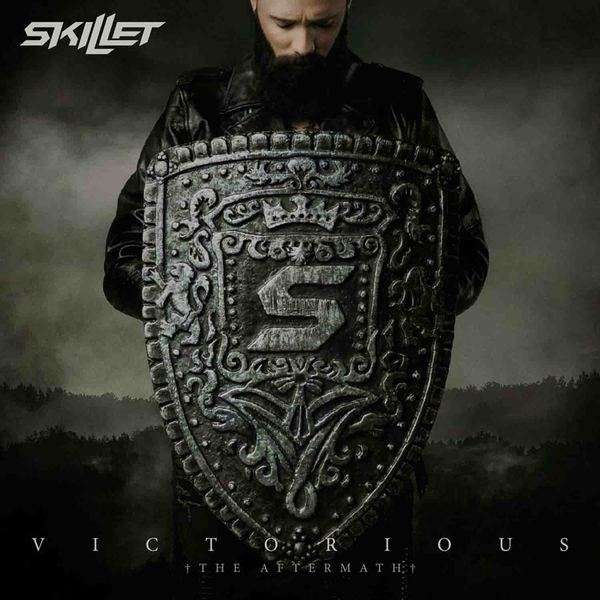 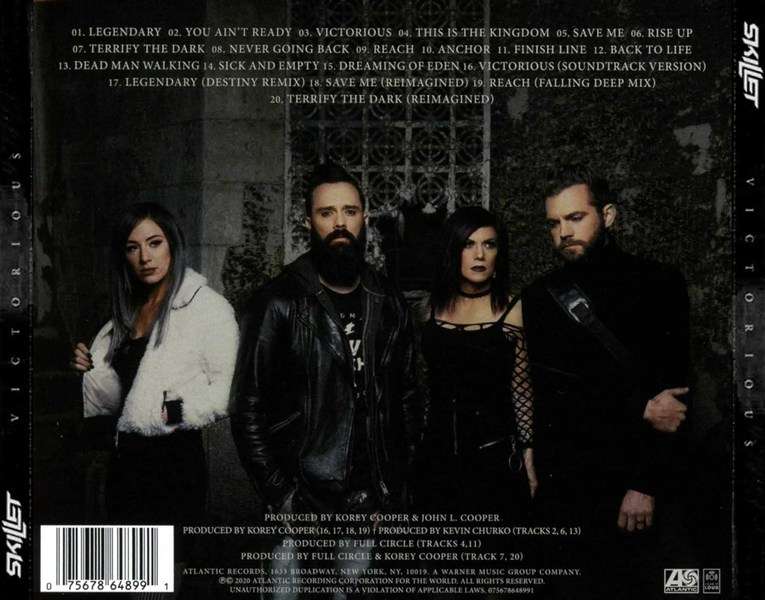 Skillet are a band that, in my opinion, have never released a bad album. With each successive release, the band somehow finds a way to continually evolve and create tracks that you’ll find yourself singing at the most random times. Their previous release Unleashed piqued my interest in the band once again and since then they’ve been a staple in my regular listening patterns with tracks such as “Monster” and “Savior” still causing me to sing along all those years later.“Legendary” starts off the album in the style which Skillet has become famous for these days. Catchy riffs, excellent singing from both bassist Jon Cooper and drummer Jen Ledger and a chorus that you can’t help but sing along to. Whilst I’ll admit the “oh”‘s are a tad annoying for me, this is a song which will no doubt go down a storm live. “You Ain’t Ready” continues the trend but with some elements from newer albums such as electronic drum parts and synths dotted around. None of these elements detract from the song and, if anything, make it that much more enjoyable.“Save Me” is where things really start to echo songs from the past. With a riff that would be right at home on Awake and lyrics that hearken back to those days, the song is, in my opinion, one of the best songs the band has written. A cracking guitar solo from Seth adds the perfect cherry on top and cements its status as one of the strongest tracks on the album. “Terrify the Dark” takes things in a different way. Sounding similar to “Watching for Comets” from Unleashed, the track changes up the album perfectly and again showcases the great singing from both Jon and Jen.“Reach” is another track that calls to the past with the guitar driven melodies and driving drums. Whilst it’s not as aggressive as some of the earlier Skillet material, it is still a cracking track which will appeal to fans of the “older style” of Skillet. “Anchor” once again takes things in a different way with a similar style to “Terrify the Dark”. Arguably the ballad of the album, both this and the aforementioned track show that the band are capable of writing both memorable riffs and cracking reflective tracks. “Back to Life” rounds out the album by featuring everything which makes up the modern Skillet sound. Guitar and synth driven melodies dominate here and provide a perfect ending to the album.In comparison to other releases, Victorious is a lot more varied and is not afraid to do things that, in the past, would not appear on a Skillet album. The tracks on this record feel a lot stronger than on the previous album with the lyrics carrying much more meaning than before and the instrumentation fitting each track much better. There’s something for every type of Skillet fan with a wide range of brilliant songs and some fantastic performances from all band members. Skillet truly have been Victorious in creating a great album.