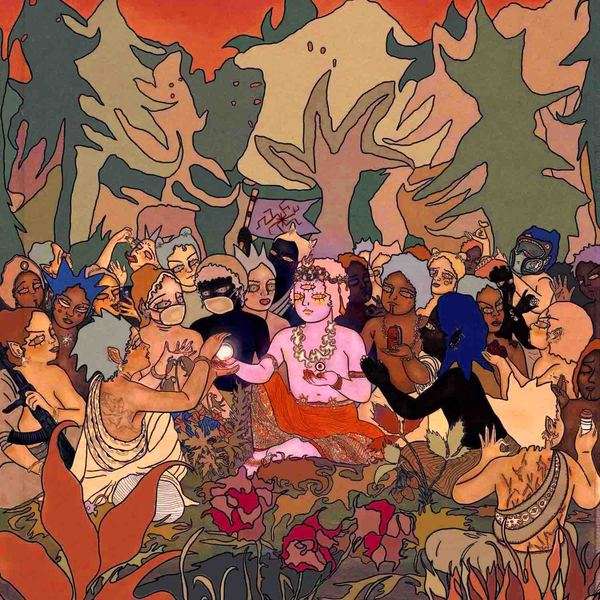 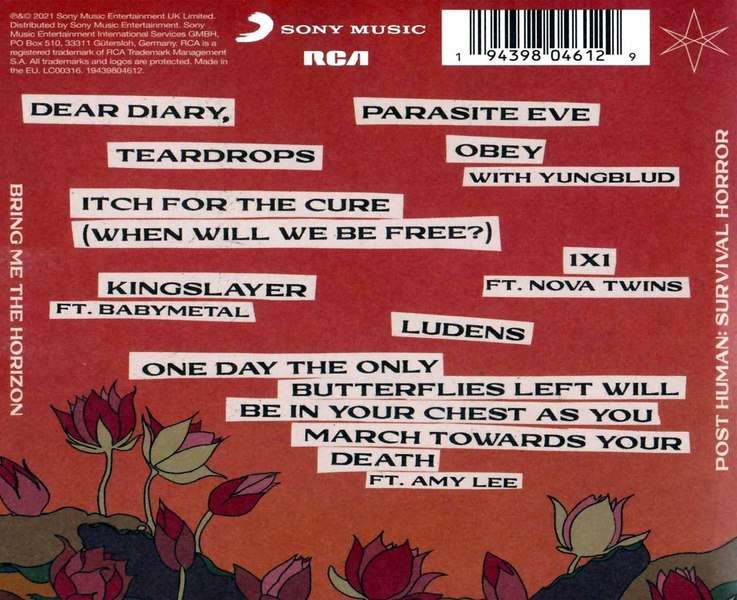 Bring Me the Horizon are a British rock band from Sheffield, Yorkshire. Formed in 2003, the group currently consists of lead vocalist Oliver Sykes, lead guitarist Lee Malia, bassist Matt Kean, drummer Matt Nicholls and keyboardist Jordan Fish. They are signed to RCA Records globally and Columbia Records exclusively in the US. The style of their early work, including their debut album Count Your Blessings, has primarily been described as deathcore, but they started to adopt a more eclectic style of metalcore on subsequent albums. Furthermore, their latest album That's the Spirit, marked a shift in their sound to less aggressive rock music styles.Bring Me the Horizon released their debut album Count Your Blessings in 2006. Upon release, the album was met with great polarisation amongst the public and critical disdain. The band began to break away from their controversial sound with Suicide Season (2008), which proved to be a creative, critical and commercial turning point for the band. Bring Me the Horizon then released their third album There Is a Hell, Believe Me I've Seen It. There Is a Heaven, Let's Keep It a Secret. in 2010, propelling them to greater international fame, whilst incorporating influences from classical, electronica and pop. Their major label debut, Sempiternal achieved Gold certification in Australia (35,000) and Silver in the United Kingdom (60,000). That's the Spirit debuted at #2 in the UK charts,selling 3 times the previous album with 44,300 first week sales.Aside from these five albums, they have also released three extended plays.

Post Human: Survival Horror is a commercial release by British rock band Bring Me the Horizon. It was released on 30 October 2020. It was preceded by three singles: "Parasite Eve", "Obey", and "Teardrops". "Ludens", which was previously released as a single for the soundtrack Death Stranding: Timefall in November 2019, was also included in the track listing. The release was produced by frontman Oliver Sykes and keyboardist Jordan Fish, with additional production from composer Mick Gordon. It is intended to be the first in a series of four projects to be released by the band under the Post Human name. The release received generally positive reviews from critics, with some considering it a return to the heavier sound of the band's early material.On 20 March 2020, the band announced that they were in a home studio, writing and recording material for their eighth record, which was expected to be an extended play (EP), with part of it being co-produced by video game composer Mick Gordon.After playing the video game Doom Eternal during the COVID-19 lockdowns and being inspired by Gordon's soundtrack for the game, lead vocalist Oliver Sykes contacted Gordon to help produce the song "Parasite Eve" and the release as a whole.In August 2020, the band's keyboardist Jordan Fish teased that the band was planning on releasing a series of releases.Speaking about the releases, Fish stated:"When we get into the other EPs, it'll give us a chance to maybe get some other people on who are a bit more left-field or a bit more out of the box for our band." The band's lead vocalist Sykes also stated that they would be releasing four EPs under the "Post Human" name, stating: "They'll each be totally different with their own sound and mood," he said. "That's one thing we've never really done. There's often been an over-arching theme on our records, but the music has always felt like a collage. That's cool and I like it, but sometimes you want a soundtrack for a certain occasion and emotion." On 2 November 2020, Fish explained in an interview he got the terminology of the record wrong, because it wasn't supposed to end up with 9 tracks on it, revealing: "I didn't think it was going to be nine tracks. I guess EP, we probably used the wrong terminology in the first place, I don't think we should have maybe said EP.While Sykes was quarantined during the COVID-19 lockdowns in 2020, he frequently listened to rock duo Nova Twins.Members Amy Love and Georgia South had also quarantined separately following the cancellation of their shows in March 2020. Some time after, the duo were contacted by Jason Aalon Butler—owner of Nova Twins' label 333 Wreckords—who told them that Sykes and Fish wanted to talk to them. The following day, Sykes messaged them on Instagram and sent an unfinished version of "1x1". As Sykes needed the track finished within the week, Nova Twins recorded and returned their parts in two days, with South adding "a few weird bass noises on there".