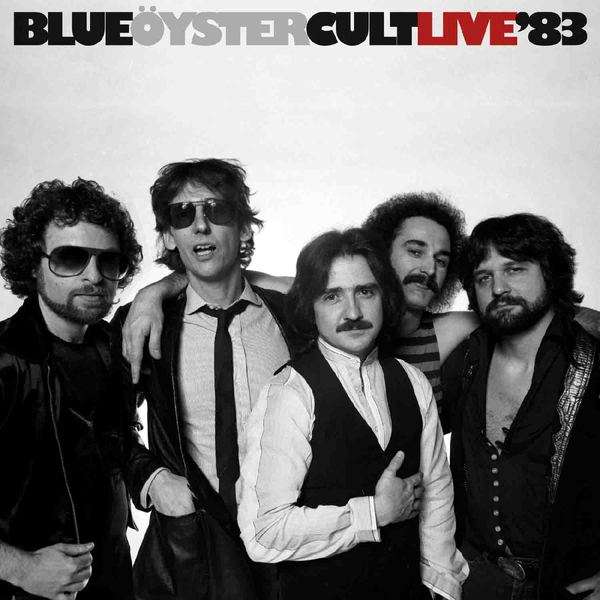 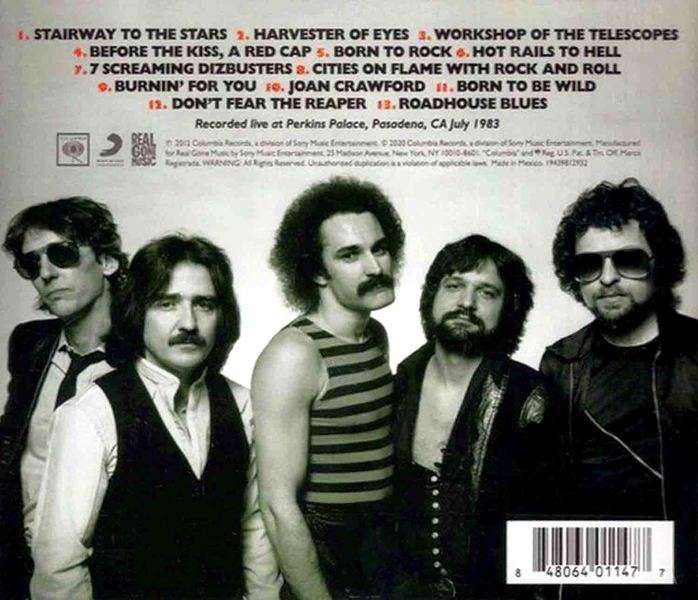 By special arrangement with BLUE OYSTER CULT and its management, Real Gone Music / Columbia Legacy Recordings are releasing for the first time officially on CD the band’s complete July 24, 1983 concert at Perkins Palace in Pasadena, CA, titled “Live ’83“, regarded as one of the band’s finest live recording ever.Originally on LP vinyl only in last year’s Black Friday Record Store Day release, the tapes of this show have circulated among fans for decades and have been several bootlegs.Now properly remastered / silver pressed, you can tell the reputation of this show was well earned, as BOC was playing on all cylinders and the tapes managed to capture it all, first-rate from start to finish.Before ‘The Revölution at Night’ album was released in 1983, Blue Öyster Cult marked a major transition for the band away from their classic sound and into a ’80s melodic rock / radio aesthetic.Longtime drummer Albert Brouchard was fired from the band and replaced by roadie Rick Downey. Before that happened, they embarked on a rigorous tour that gave us the dimensional Extraterrestrial Live album.During that summer, their July gig in Pasadena, California, was to make radio airplay. What happened was that it ended up being Blue Öyster Cult’s most beloved bootleg.Real Gone Music has authoritatively released the album in physical form for the first time.”Live ‘83” is a lively and expressive documentation of their electric performance that is impossible to pass up. Here we find the last monument of greatness from their glory days that takes from the philosophy of Kiss’s Alive and launches us into “Stairway to the Stars.” You want the best and you got the best, this song is pure rock and roll friction. From the gate, Donald “Buck Dharma” Roeser’s guitar work is the star.Immediately they power into “Harvester of Eyes.” It’s like jet fuel. This is a pure rock and roll party in classic Blue Öyster Cult style.I know you are like me; how does “(Don’t Fear) The Reaper” sound? Dominated by keyboards seeping into the sound board, it competes with the great harmonies that capitalize on the song.To end the set, they roar through ten minutes of “Roadhouse Blues” that also pepper in “Love Me Two Times.” They set fire to this classic rocker and turn it into a party jam.