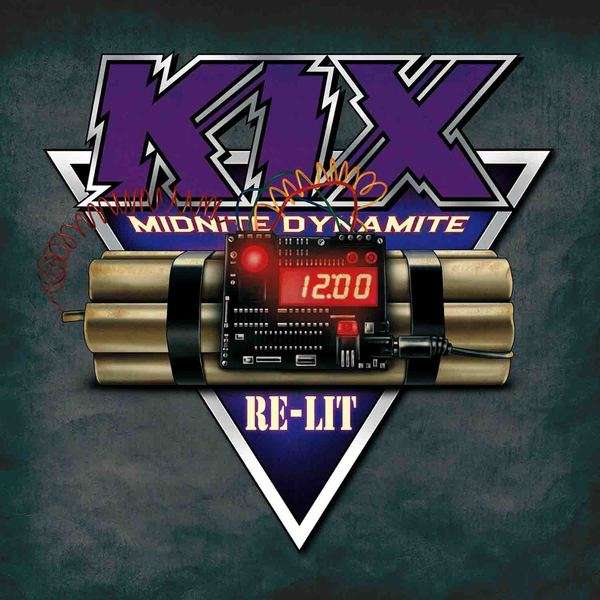 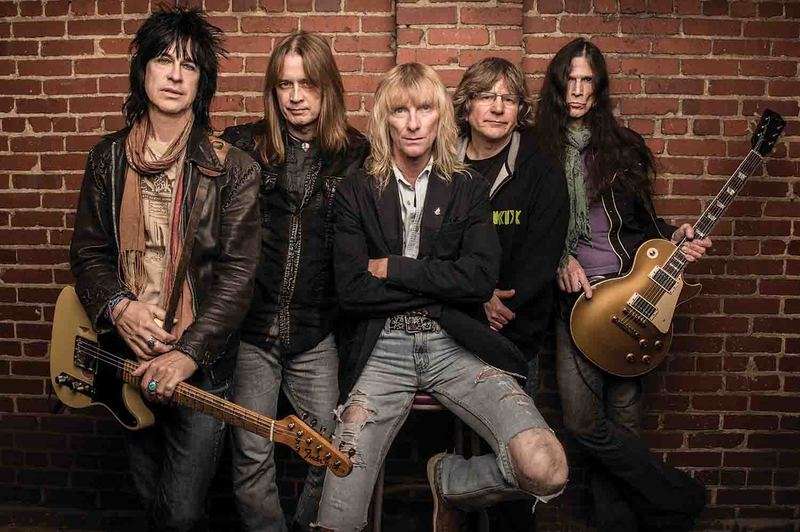 Maryland hard rockers KIX have teamed up again with legendary rock producer Beau Hill for a 35th anniversary re-charge of the band’s classic third album Midnite Dynamite. Hill (also known for his work with Alice Cooper, Warrant and Ratt) recently contributed to a 30th anniversary update of the band’s classic hit record Blow My Fuse in 2018 and this time looked forward to less of what he deemed “all the bullshit that I was putting on it then.” Originally released in October 1985, Midnite Dynamite now gets its own double disc remixed and remastered version complete with original demos of seven of the album’s ten songs as well as an early studio mix of the song “Walking Away.” Fans can pre-order Midnite Dynamite Re-Lit at KIX‘s webstore.“In a year full of bad news, KIX is excited to bring fans some good news. On the 35th anniversary of the release of Midnite Dynamite, Maryland hard rock icons, KIX, will release Midnite Dynamite Re-Lit, on November 20, 2020. For Midnite Dynamite Re-Lit, KIX partnered with long-time collaborator and the album’s original producer, Beau Hill (Alice Cooper, Ratt, Warrant, KIX), for a blistering update of the fan-favorite album. Midnite Dynamite Re-Lit is available for pre-order now on the band’s webstore where fans can also purchase special commemorative merchandise including t-shirts, hoodies, keychains, and more.KIX’s third album of their career, originally released October 7, 1985, Midnite Dynamite, reflected the band’s true essence, as the popular musical landscape of the mid 80’s had shifted in their favour. From the slash-and-burn riffing of the album’s title track and the high-speed antics of “Layin’ Rubber,” to the Aerosmith-flavoured groove of numbers like “Cold Shower,” and “Sex,” to the heart-break melancholia of the album’s sole ballad, “Walkin’ Away,” Midnite Dynamite is packed with material that delivers not only attitude in spades, but also pummels the listener with hook after hook.Thirty-five years after its initial release, Midnite Dynamite remains a fan and band favorite, and Hill (who also remixed KIX’s hit album Blow My Fuse to mark its 30th anniversary in 2018) relished the opportunity to return to the original 1985 multi-track tapes.About the new mix, Hill says, “The guitars don’t have as much schmutz on them as the original, and Steve‘s vocal just jumps off the page now without all the bullshit that I was putting on it then. I guess that’s what happens when you mix and produce for an additional 35 years.” “Back in the ’80s, everything had way too much echo, way too much reverb,” recalls vocalist Steve Whiteman. “It was so muddy that sometimes you would lose some really dynamic performances. Beau cleaned all that up on the Blow My Fuse re-release, and he’s doing the same thing on Midnite Dynamite, so it sounds incredible.”Midnite Dynamite Re-Lit also includes original demo recordings for seven out of the ten songs, plus one early album mix of the song, “Walking Away.” “We chose to include a demo disc, like Fuse 30 Reblown, even though we were missing two songs,” says bassist Mark Schenker. “Nobody had a copy on either cassette or two track stereo quarter-inch tape. I searched high and low and couldn’t find the demos of ‘Scarlet Fever,’ or ‘Bang Bang.’”In 2014, KIX released their seventh full-length album, Rock Your Face Off (Loud & Proud Records), which was their first studio effort since 1995’s Show Business. The album debuted at #1 on Amazon’s Hard Rock and Metal chart, in the Top 50 on Billboard’s Top 200 Albums chart, #5 on the Independent Albums chart, #11 on the Top Internet chart, #17 on the Top Rock Albums chart, #27 on the Indie/Small Chain Core Stores chart and #33 on the Physical chart.KIX last released Can’t Stop The Show: The Return of KIX on October 21, 2016, a two-disc DVD/CD set that entered the Billboard Top Music Video Sales chart at #3, and rose to the #1 position, the band’s highest charting debut and first #1 ever in their 35-year history. The 71-minute film offered an in-depth look into KIX’s decision to record their first new album, 2014’s Rock Your Face Off, in almost 20 years.In 2018, KIX celebrated the 30th Anniversary of their biggest album, Blow My Fuse, with Blow My Fuse Re-Blown, a two-disc set with a remixed/remastered version of the album, along with the original demo recordings for all 10 songs. The reunion with Beau Hill for this remix sparked the initiative to revisit Midnite Dynamite and take a similar approach to updating KIX’s legacy.KIX will hit the road in 2021 playing select deep cuts from the album Midnite Dynamite to celebrate the release of Midnite Dynamite Re-Lit. All tour dates can be found on the band’s website.”