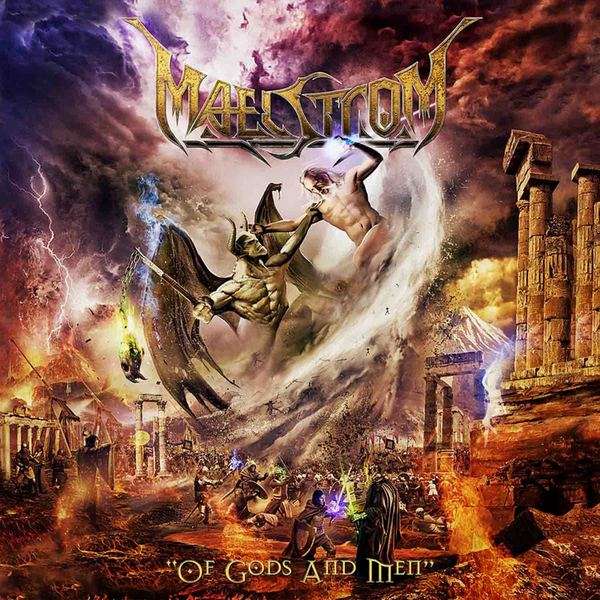 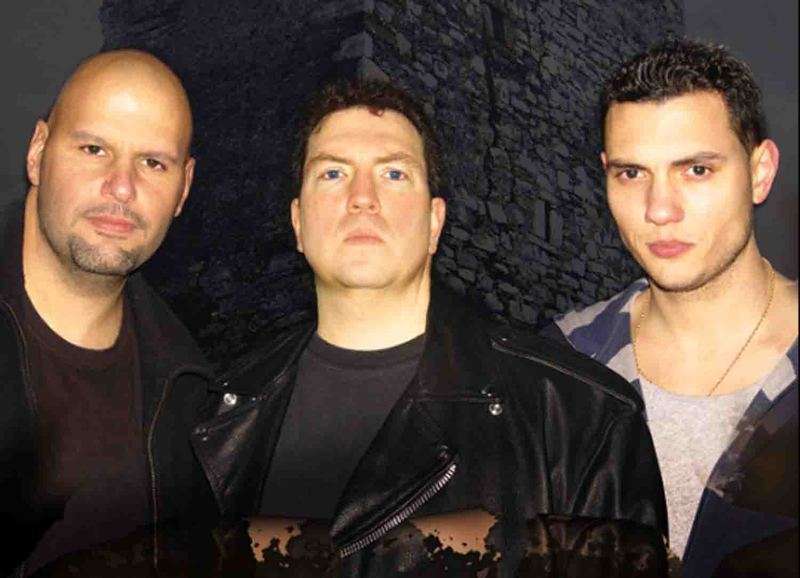 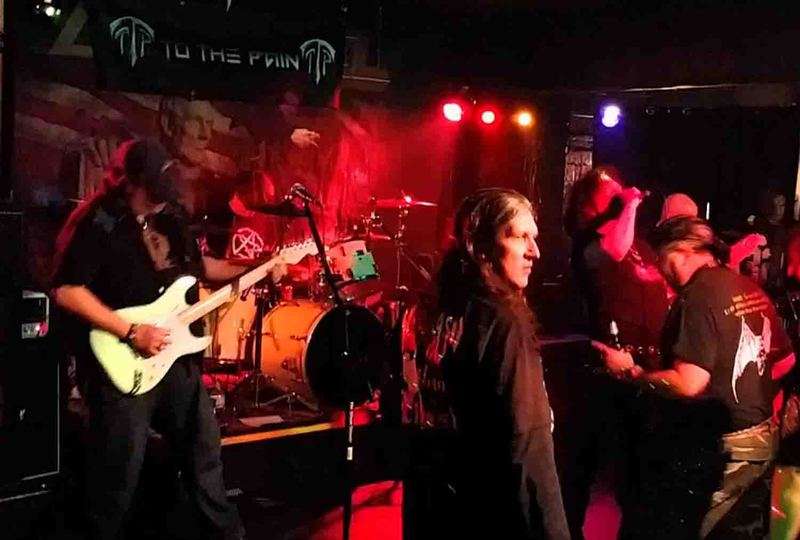 This is the story of staying with a dream when all logic and reason would tell you to abandon it. It is a story of a passion that remained lit even after the passing of thirty-two years. Ultimately this is the story of one singular vision by two lifelong creative partners.This is the story of MaelstroM.Formed in the ferocious firestorm of the eighties thrash movement, MaelstroM began its storm surge by quickly dominating their local scene of Long Island, New York. Within a few years they expanded beyond regional borders and began to gain worldwide notoriety. Unfortunately, like many bands of that era, MaelstroM fell victim to the changing scene as harder metal gave way to Seattle grunge and the landscape of heavy music shifted.However, some storms do not die.Not satisfied with the way things ended with MaelstroM’s legacy, vocalist and lyricist Gary Vosganian and main song writer and guitarist Joey Lodes set out to finish the vision MaelstroM had left incomplete all those years ago. Finally, after multiple fits and starts, hurdles and heartaches, the pair has realized their dream with the worldwide release of their debut album Of Gods And Men. A journey that began, humbly, as a few kids in a basement, some 32 years ago.Of Gods and Men is rooted in the sounds and themes of MaelstroM’s eponymous 1989 debut demo and 1991’s acclaimed, This Battle to Make History, Yet History Never Comes. It represents a further step in MaelstroM’s evolution beyond its superlative 2008 EP It Was Predestined, which charted CMJ Top 20 as an independent and was recognized on Terrorizer Magazine’s coveted annual ranking of “best unsigned bands”.Of Gods And Men delivers a 69 minute album of such complexity and decades-intense planning, that it can hardly be considered simply a collective of ten songs.“There was always a very cinematic pageantry to what we were looking to do,” continues Gary. “The idea was to create a cinematic vision, more than simply individual songs. It is meant to be a whole piece, conceptual in all aspects and truly an album, which we consider to be ‘an abandoned art’ these days”. Each song features its own piece of art that drive the conceptual story line further through visuals created by multiple artists and conceived, designed and laid out by Gary.Musically, Of Gods And Men is a sonic tour de force of styles and genres seamlessly blended in ways that one would predict could never happen. The existence of which defies the common logic of our sub divided sub-genre world and allows the listener to immerse themselves into a sonic cinema experience in which one could envision the events playing out.Songwriter, guitarist and bassist, Joey Lodes seems to be singularly gifted at merging heaviness and beauty to evoke emotion and an aural experience that you can truly visualize. His writing ability matched only by his playing technique, showing both the lightning speed and accuracy seen only in the best of true virtuosos but also the feel and emotion reserved typically to the deepest of blues artists.But the alien landscape created by this band, a band out of time, timeless (and directly through their convoluted history, defying time)…doesn’t stop there. Spread across the thorny landscape of MaelstroM’s tense yet richly layered futuro-metal is the expressive vocal multiplicity of Vosganian, who is probably the most fearlessly thespian singer ever to touch down on the surface of heavy metal.Lodes and Vosganian are supported, and flanked by Drummer Daniel Kleffmann who cannonades along like Dr. Killdrums off of the first Savatage album, combined with the note-dense discipline of a Gene Hoglan.Female vocalist Dawn Marie Macaluso further adds to the depth of this sonic cinema scape. Her haunting and yet dulcet vocalizations working in beautiful tandem to the melodies she voices on top of.Ed Marks adds new layers to the experience with the introduction of keyboards to the MaelstroM repertoire. Creating a whole new level of texture for the sonic tapestry woven on this creation. The entire experience brought together by Richard Liegey who painstakingly mixed and mastered the project.These actorly, painterly melodies, have served as catalyst for Joey and Gary to make Of Gods And Men one of the most cathedral-level-obsessive productions and constructions ever attempted in the metal realm and maybe beyond.In closing, Vosganian has one last message for the band’s ridiculously patient fans, and those prospective new disciples who might be willing to challenge themselves to navigate a metal labyrinth this substantial.“Ultimately there has been 32 years of thought, love, and passion put into this creation.Of Gods And Men is the life achievement of two guys who just stuck to this dream.”Truthfully there were dozens upon dozens of reasons to have given up on this over the course of three decades.We just didn’t.And we think especially now perhaps the world needs a story of hope that involves some people not abandoning their childhood dreams. We would love for you to join with us on the fulfillment of that journey, the experience that is Of Gods And Men.

Believe it or not, MAELSTROM was already a driving force behind the New York metal underground in the 1980s (demo "Maelstrom" - 1989, album "This Battle to Make History, Yet History Never Comes" two years later), but they should become world famous unlike their neighbors Anthrax or Overkill. The band had a short "run" of five years before blessing the timing that the founding members today (like so many) attribute to the alternative boom in the early 1990s.Gary Vosganian (vocals, concept) and Joey Lodes (guitar, compositions) wanted to repeat after the official out of the group, what they had started in the final phase of MAELSTROM's existence, which has finally happened: "Of Gods And Men" logically ties up on "It Was Predestined", a brief EP riot twelve years ago, whereupon the quintet disappeared again.The sound is relatively modern, the music presented with strong muscles and inspired by the spirit of the golden power thrash years. The combo works with almost dialogical vocal arrangements that do justice to the narrative, futuristic concept of "Of Gods And Men". MAELSTROM are always complex and epic, but sometimes lose sight of the essentials, so that they get bogged down in unnecessarily extensive instrumental passages.The over one-hour season is anything but ordinary in this genre and should not be strictly speaking. In particular, the long tracks 'The Mirror Calls', 'A Futile Crusade' and 'SonRise' at the end have considerable lengths, although MAELSTROM breathed a breathtaking number of ideas. Less would have been more anyway, this truism proves itself once again on "Of Gods And Men".CONCLUSION: Apart from the relatively straight numbers 'Army of Ash', 'Th13teen Within a Circle' 'Predestined' (best number on the album) and 'Thief of Light', "Of Gods And Men" could use a detox. Nevertheless, MAELSTROM are back, and if they manage to remain stable in terms of cast, a compact piece of Prog Thrash is to be expected at the next opportunity. Until then fans of Tourniquet and the early Into Eternity will enjoy it.