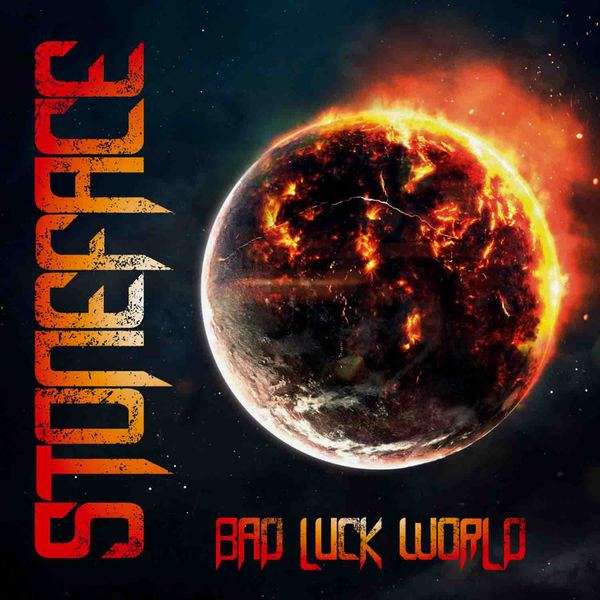 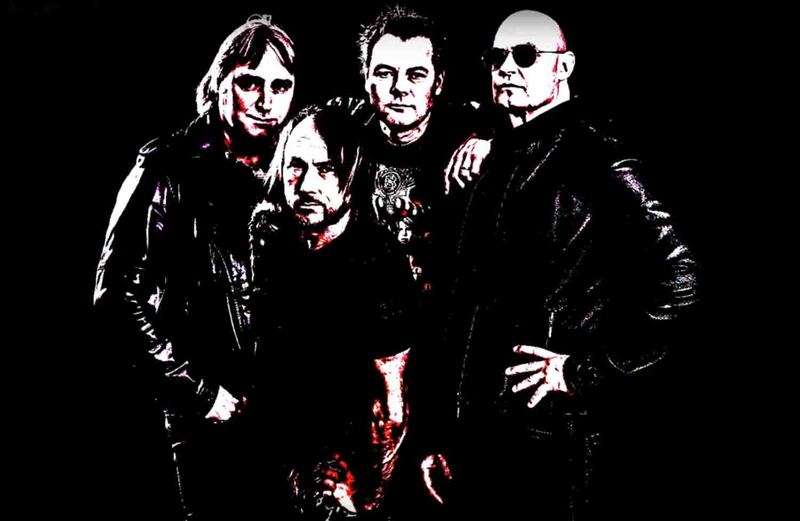 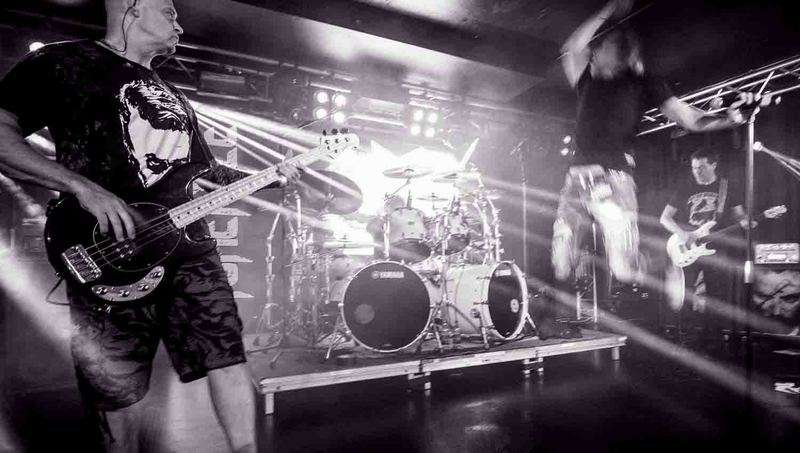 In 2014 Tom Nilsson (guitar), Peter Rundstrom (bass), Christer Hellstrom (lyricist) and Martin Hedberg (drums), decided to form a new band in a more conceptual form. The four members had a previous history from the eighties MkII lineup of Swedish act Motherlode, and in 2014 they together assembled to start a new journey.Songwriting progressed during 2014, a year later while in the progress of recording the new material, singer Stefan Nykvist was brought in to help out with vocals on the first four songs. As Stefan was otherwise committed to other projects, the members reached out to Andreas Novak, who took on the role as lead singer and recorded all vocals on the first album.The band decided on the name Stoneface, and after a process of recording and mixing during 2017, the first album was released in April 2018. Sadly, during 2018, Stoneface and Andreas parted, and the band started to search for a new vocalist for the second album.With five new songs recorded (and five more ready), and several singers auditioned, finding a new singer for the second album eventually looked hopeless, but suddenly Stefan Nykvist was available and communicated his interest in working with the band again. Shortly after, Tom reached out to Johan Chasseur (Motherlode’s original keyboard player), to see if he would be interested to add keyboards on the album. Johan, now living in Spain, was happy to work together again after 31 years and eagerly got started on the songs.At this point everything looked perfect. And with five now slightly aged musketeers together again after 31 years, it was soon clear that the magic had never left. The newfound joy was however shortened. Just as recording restarted, Tom was diagnosed with cancer and the diagnose was basically as bad as it can be, it was terminal.But even with a deadly diagnose, there can be progress and hope. Six more songs were recorded during 2019, with vocals and keyboards now adding to an ever-improving sonic landscape. And as mixing producer Viktor Stenquist started to form the sound, everything pieced together perfectly to form Stoneface’s new sound.With an album of eleven songs, Stoneface now presents a musical escapade which tells the story of all six members. Musical influences are many and varied, but it all rests on a solid and mutual foundation of melodic hard rock. The songs are intense, colorful and contain several layers to discover. This album was never intended to be easy listening - but rather an album to listen to again and again, only to discover new layers and new details along the way.The title Bad Luck World forms the band’s own feeling s about a frustrated 2019, in a world that is imploding on its own greed, inhumanity and selfishness. A world where we all act like there’s no tomorrow and while being painfully aware of all this, still do everything we can to fulfill this doomsday prophecy. It surely is a Bad Luck World!In conclusion, as the band perform a superior album, and normally would investigate the future to come, this will be the band’s epilogue. With Tom’s situation now being very bad it is the last album. But what and album it is, with 70 minutes of play-your-heart-out songs, this is an all-worthy epilogue.With all this taken into consideration, may you cherish the songs as we do. And with hope that they give you joy, insights, hope and comfort:

In the autumn of 2018, we had just finished pushing for the debut album ”Stoneface”. It had been intense months in the start of the year, where the whole band had lived, loved, dreamed and talked about the songs of the debut album. The release party went down in April 2018. And following that it was time for something new, time to move on…As it happens, I’ve been a closest friend of Tom for over 45 years, and he is one of the greatest guitarists I know. Not only is he an axemaster, he is also a songwriter of rank.During winter 2018 to spring 2019, the songs kept pouring out of Tom’s head and fingers. All together 11 songs became arranged and ready for recording.Then, one day in April it all fell together like a house of cards. Tom told us he was diagnosed with rectal cancer which had spread to his liver and lungs. And he immediately had to start chemotherapy.It became urgent to realize the plans for the new songs. 11 songs needed lyrics and vocals, on top of what was recorded so far. I must say that year 2019 was a ”dark-mood year” for me. I felt surrounded by extremism. Extremism that could be found among the world leaders and in worldwide terror attacks. It could also be found in the climate changes and the worldwide disasters we heard of in the news. The feeling I had was: - ”What the f**k is wrong with this world”. Learning about Tom’s cancer didn’t exactly improve my dark thoughts or my mood.When I started to write lyrics to the first songs it was quite easy. A little bit about love and a little bit about how power corrupts us all… But when my close friend’s cancer came into the picture, new feelings and worries had to be dealt with.As the summer passed by, Tom didn’t get any better, and the chemotherapy didn’t really do what it was supposed to do…Since having my best friend seriously ill has occupied my heart and mind most of 2019, the subject of at least mentioning cancer in the lyrics came up… How can you write about something only an affected person can understand? Well, you can always try listening to that person, listen to what he/she feels and says. It’s a process of thoughts constantly changing along the ride, depending on whether results are positive or negative.I don’t claim to know how to express that specific sorrow, but I love my friend and cannot ignore what has happened to him and his loved ones. The lyrics on our new album ”Bad Luck World” is a mix of thoughts running through my head during 2019 and so far in 2020. Not all lyrics are serious. The old hitman Stoneface (who were in the title song of our first album) makes a comeback. There are also texts about relations. All lyrics are written ”with soul” to match the great music created for this album…I am pleased with all the lyrics on the ”Bad Luck World” album, because they mirror the thoughts and events, that all of us in Stoneface have experienced during the making of the album.