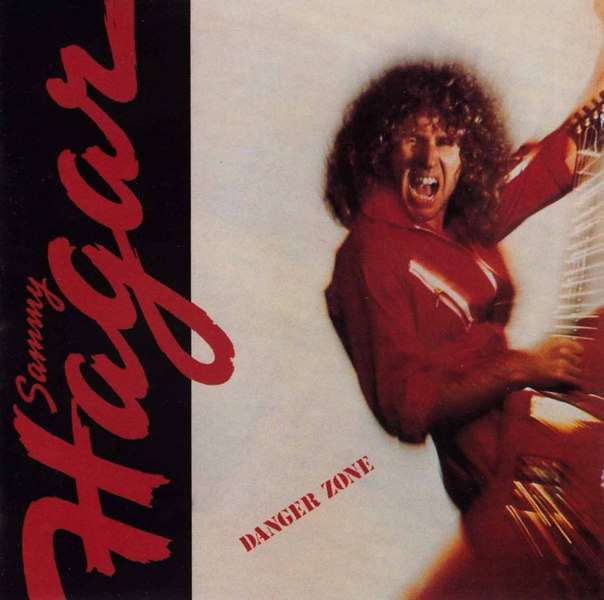 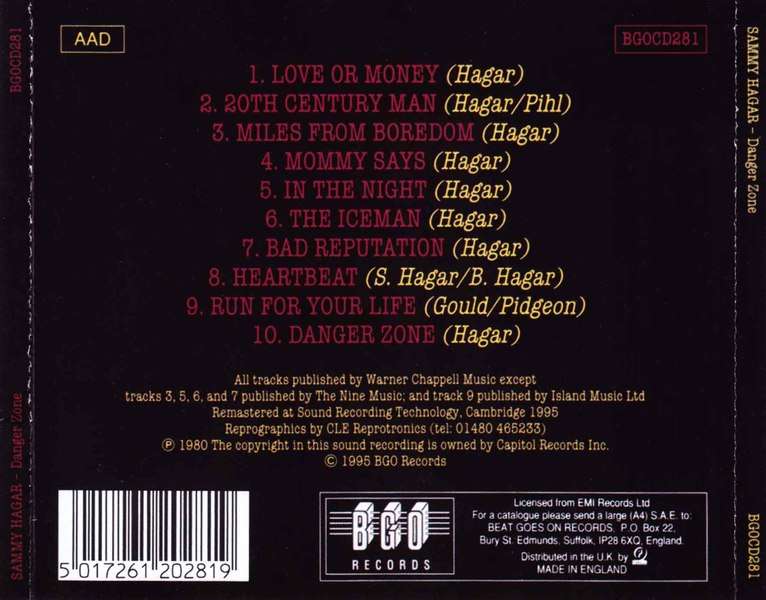 Danger Zone is the fifth studio album by American rock vocalist Sammy Hagar, released in June 21, 1980 by Capitol Records. This is his last studio album during his tenure with Capitol Records. The album includes appearances by then Journey singer Steve Perry and the Journey guitarist Neal Schon."Love Or Money" was a favorite of John Kalodner, which helped serve as a catalyst in getting Hagar signed to the then new Geffen Records.The track "In The Night (Entering The Danger Zone)" was inspired by the film Lucifer Rising. "Heartbeat" is the second track on which Hagar shares a writing credit with his then-wife, Betsy. The first was "Wounded In Love" on the Street Machine album."Run For Your Life" is a cover of a song from the band Runner's first (and only) album, Runner. This version has the former Journey singer Steve Perry on back-up vocals. It was (co-)produced by Boston's Tom Scholz, who had originally been signed to produce the entire album but was ordered by his own record label to pull out.In their retrospective review, Allmusic declared the album a solid effort, pointing out "20th Century Man" and "Run for Your Life" as highlights, but nonetheless determined the album to be "not up to the standard of Sammy Hagar's best material".