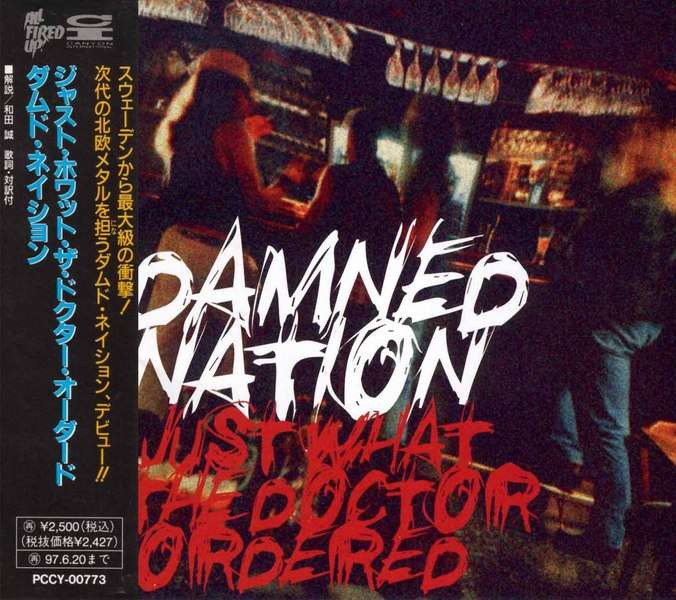 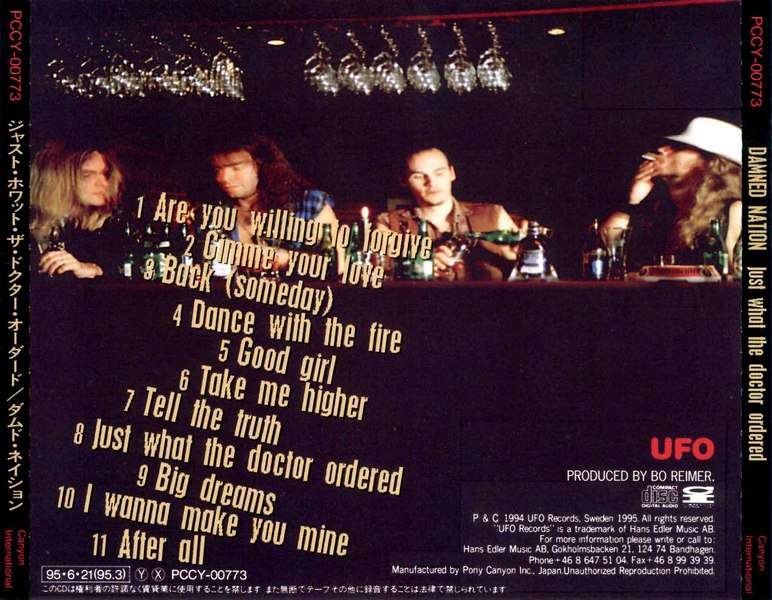 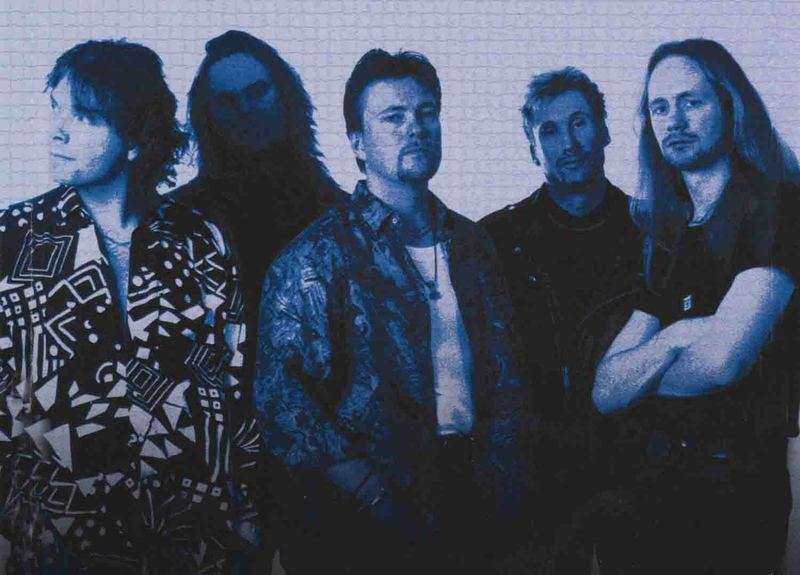 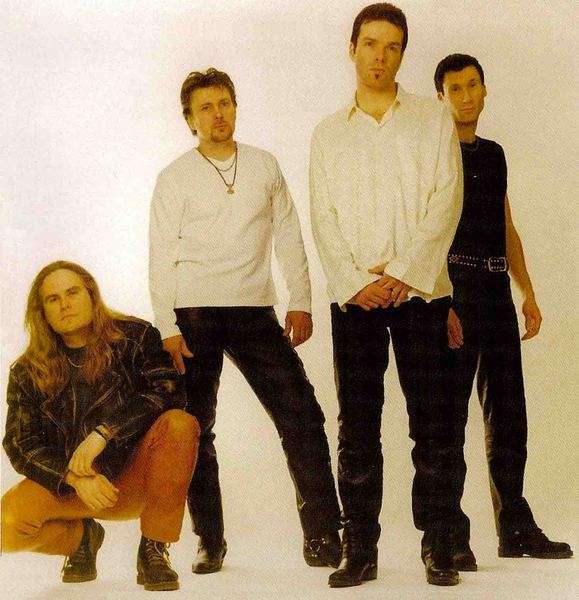 Under their former name of EASY STREET Stockholm's DAMNED NATION, guitar player Robert Warnqvist, bassist Magnus JOnsson and drummer Leif Erixon, released two singles, 'With You' in 1989 and 'Everybody Wants Some' in 1992, before adding erstwhile POWERHOUSE vocalist Thomas Thorsen the following year and changing the name of the group just upfront of the debut June 1995 album for UFO Records 'Just What The Doctor Ordered'. The album featured songwriting credits with James Christian of the highly regarded HOUSE OF LORDS. DAMNED NATION would, from a promising start, be forced to back peddle as a series of delays prevented the band from getting into the studio for a follow up. A short tour of Thailand kept the band active in early 1997 but Erixon would be usurped by former DEAD END STREET drummer Roger Jern. DAMNED NATION severed their ties with their former label and signed to British label Z Records in 1998 bringing in new member Anders Andersson on keyboards to swell the ranks. James Christian added guest vocals to the 1999 album 'Road Of Desire'. Guests on the 2001 'Grand Design' record included keyboard player Anders Linden and vocalists Sofia Svensson and Ola Johansson. During November DAMNED NATION announced their new lead vocalist to be Matti Alfonzetti, a seasoned campaigner of WASA EXPRESS, JAGGED EDGE, SKINTFtADE, ALFONZETTI and ROOSTER. DAMNED NATION returned in November of 2004 with a new album 'Sign Of Madness' for the Italian label Scarlet Records.Ex-singer Thomas Thorsen united with former STEEL ATTACK members guitarist Dennis Westman and bass player Patrick Spath to forge SOULSKINNER, being joined in this new venture by the CARNAL FORGE and ASPERITY credited Petri Kuusisto on second guitar and SCAAR and VANESSA drummer Rickard Holmgren. Meantime, former drummer Leif Erixon joined Progressive Metal band ACT OF METAL.During early 2006 duo Robert Warnqvist and Roger Jern announced the formation of an 80s orientated covers band billed LOUD INC. in collaboration with vocalist Petter Holmqvist and the SEVEN WISHES bassist Tony WestgA-Xrd. Alfonzetti gained national acclaim in February 2006 with spoof Rock band THE POODLES. This band won one of the four qualifying rounds in Sweden's competition to find an entrant for the Eurovision Song Contest with their '80s styled track 'Night Of Passion', a track co-written by Alfonzetti. THE POODLES in fact comprised a cast of seasoned veterans and involved vocalist Jakob Samuel, of THE RING, TALISMAN and JEKYLL & HYDE, guitarist PONTUS NORGREN, from GREAT KING RAT, DAMAGE DONE, THE RING and TALISMAN, the STEAMROLLER and LION'S SHARE credited bassist Pontus Egberg and drummer Christian Lundqvist.

Very good debut for one of the finest bands out from Scandi in the last 10 years.It’s not at the level of”Road of desire”and”Grand design”but it’s a good slab of hard rock even if it’s evidently different in genre than the next 2.I don t consider”Sign of madness”a Damned Nation’s release,too horrible to be a their work.I think this is their best cd followed by Sign Of Madness they are both a lot heavier,which I prefer.Grand Design and Road Of Desire are good but not as melodic they are more AORish.This cd rocks,I love Thorsen voice but I also love Matti Alfonzettis voice too.