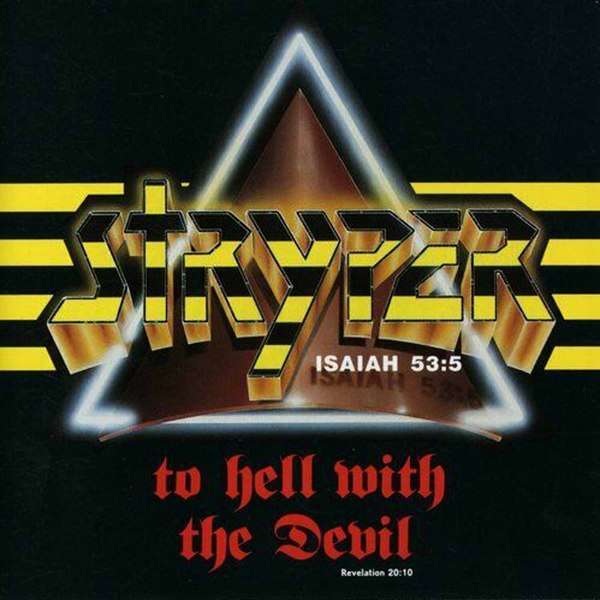 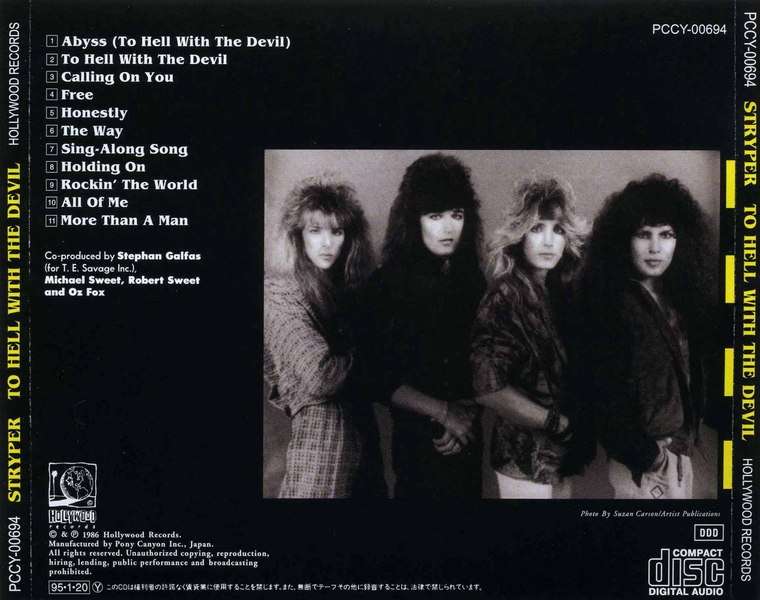 To Hell with the Devil is the third studio album, by the Christian metal band Stryper, released in 1986.It was the first Christian metal album to achieve platinum status, selling over one million copies. It remained the best-selling Christian metal album until P.O.D.'s Satellite in 2001.The album was listed at No. 88 in the 2001 book, CCM Presents: The 100 Greatest Albums in Christian Music. The album was the only heavy metal album on the list. Ian Christe, author of the heavy metal history book Sound of the Beast: The Complete Headbanging History of Heavy Metal (2003), mentions To Hell with the Devil in his book as one of the landmarks of the glam metal movement.Throughout 1987, both music videos for "Free" and "Honestly" ranked No. 1 on Dial MTV, the daily MTV list of most requested videos. The first single/video video for "Calling on You" also reached No. 2 on the show. "Honestly" was the biggest single from the record peaking at #23 on Billboard's Hot 100 Singles Chart.The original artwork depicted four long haired angels throwing the devil into a fiery pit. The cover was then changed on later pressings to a basic black cover with the Stryper logo and the album title in the center.According to Michael Sweet's autobiography, as the band started to record the album, Michael felt Tim Gaines wasn't the right bassist for the record. He was replaced by bassist Matt Hurich, who eventually ended up not working out. So session bassist Brad Cobb took Gaines' place while recording the album. However, before the tour began, Sweet asked Gaines to rejoin as he felt it wasn't right performing as "Stryper" without him.In 2010, HM Magazine listed To Hell with the Devil No. 3 on its Top 100 Christian Rock Albums of All Time list stating that "when this album broke, it went multi-platinum, forever raising the ceiling of what heavy Christian music could do." Heaven's Metal fanzine ranked it No. 6 on its Top 100 Christian metal albums of all-time list.