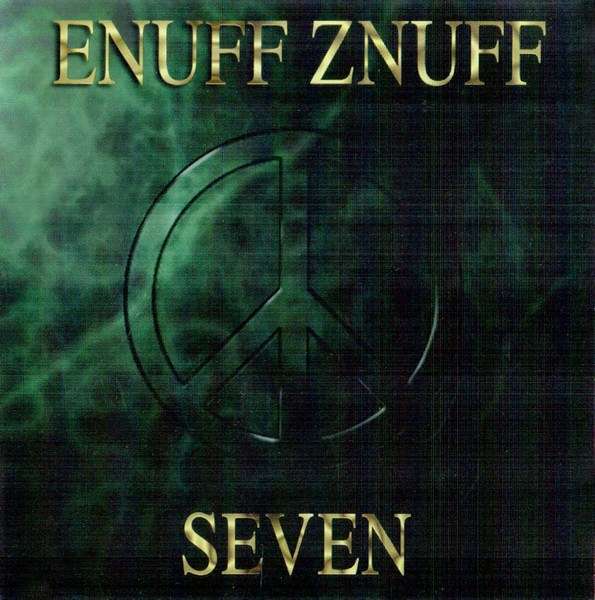 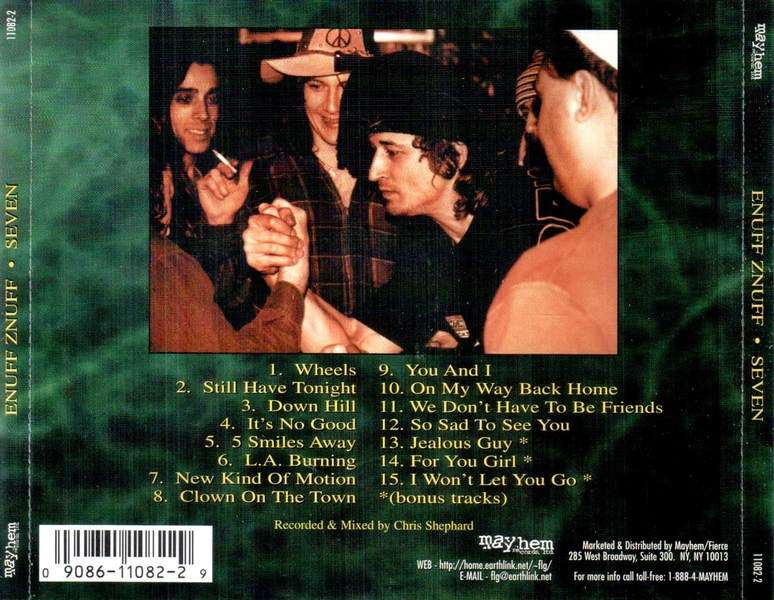 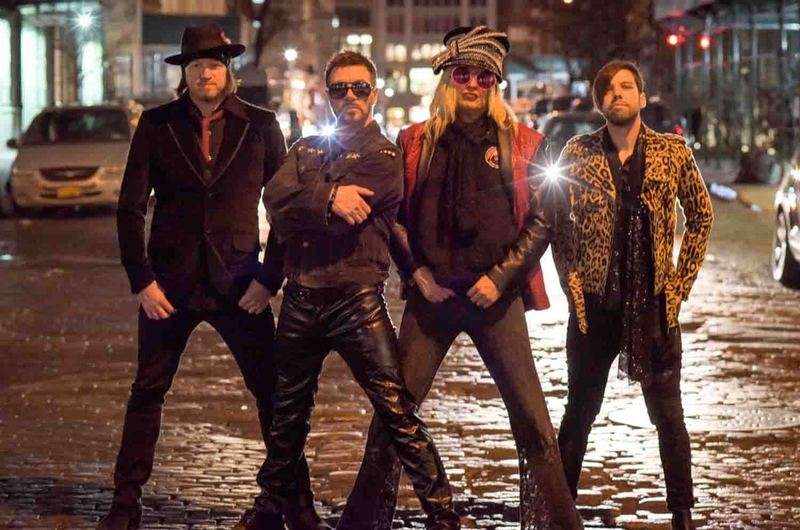 Enuff Z'nuff is an American melodic rock band from Blue Island, Illinois. Founded by singer Donnie Vie and bassist Chip Z’Nuff, this Chicago area band is best known for their charting singles “Fly High Michelle” and “New Thing.”Enuff Z’nuff has continually recorded and toured throughout their career of more than 20 years, releasing 12 studio albums and a total of 19 CDs to date. The band's first single, "Fingers On It," received some minor recognition when it was featured in the 1986 cult movie Henry: Portrait of a Serial Killer. Their songs have been recorded by several other musicians, some of which include Paul Gilbert, The Wildhearts, and Nelson. The band has a cult fan-base around the world which includes radio personality Howard Stern.

Seven is the 7th studio album by American rock band Enuff Z'Nuff, which was originally released in Japan as Brothers under the band name Chip & Donnie in 1994. Seven was initially intended to form one half of a double-album for the Japanese market, paired with the record that would eventually become the album Tweaked. The sessions were split into two separate discs, with the pop sounding Brothers album getting re-branded as an Enuff Z'nuff album in 1997 for its US release. As well as the re-titling and new artwork, Seven contains two bonus tracks not available on the original Brothers CD.On Seven, the band adopted a more acoustic sound compared to Tweaked, which may be seen as its heavier counterpart. Several tracks on the album are also significant to the band's history:"Down Hill" is thought by lead singer Donnie Vie to possibly contain late guitarist Derek Frigo's last studio recorded solo with the band. "You and I" was played by Donnie Vie at bassist Chip Z’nuff's wedding reception. "It’s No Good," an acoustic concert staple, was later re-recorded by and featured on Donnie Vie's solo album, Extra Strength. Other notable tracks are the lead single "Wheels," which was covered in 1998 by Arista recording artists The Tuesdays and the John Lennon cover "Jealous Guy". Liner notes for the album were written by Rolling Stone editor, David Wild.Causing some confusion, Seven was later re-released in the US under its original Japanese title Brothers, featuring new artwork and the Enuff Z'Nuff name. The Brothers re-issue is the same as the original Chip & Donnie Japanese release of 1994, meaning the bonus tracks from Seven are no longer present.