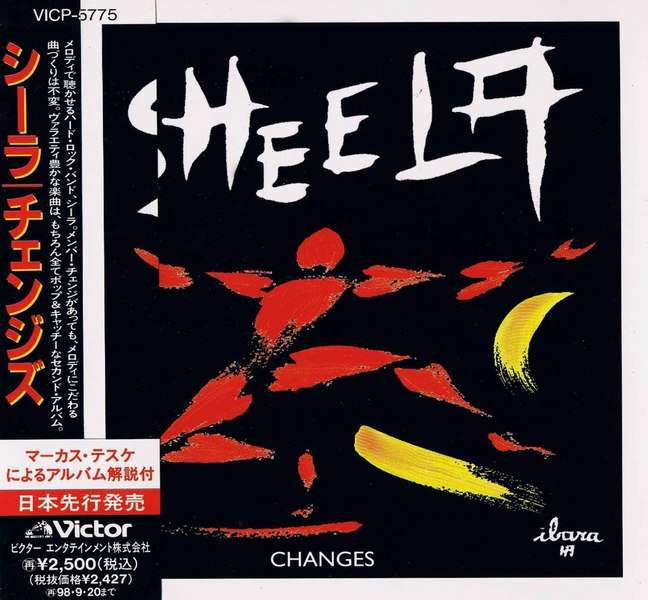 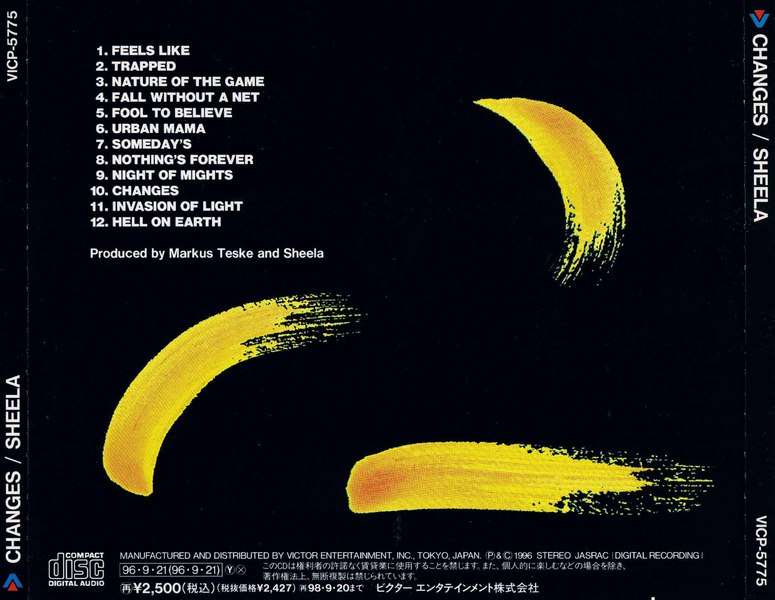 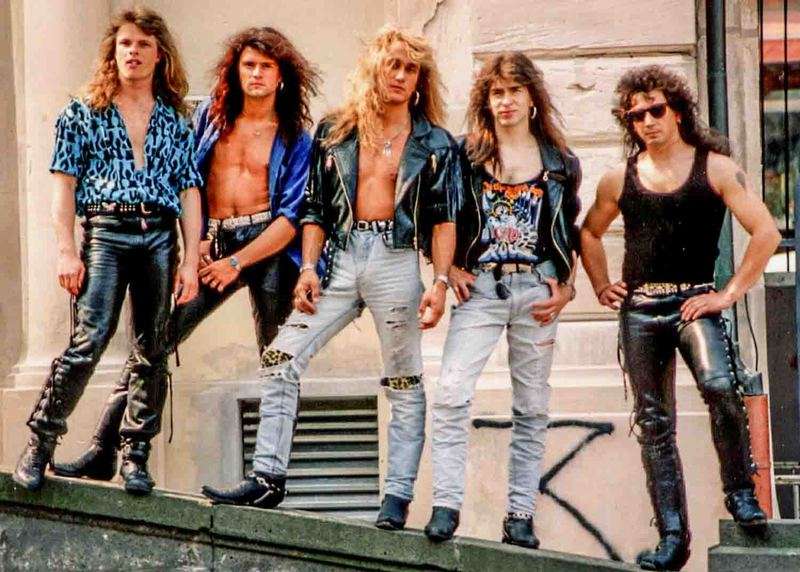 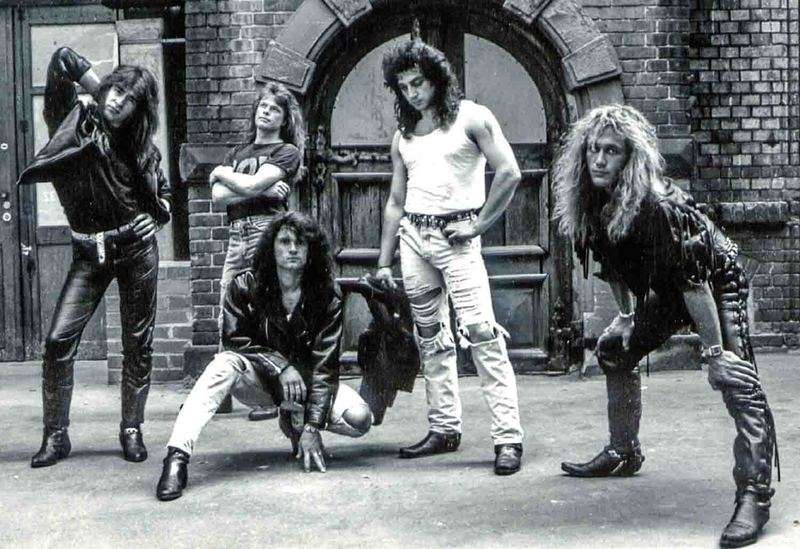 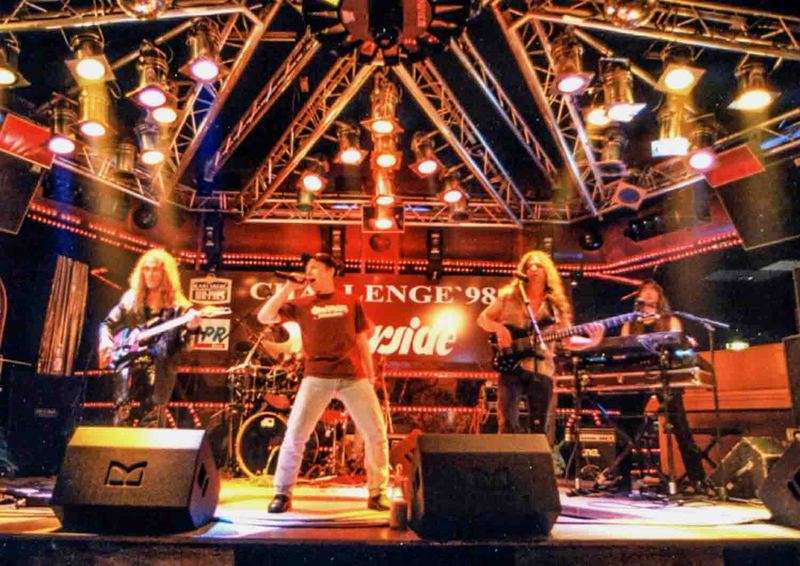 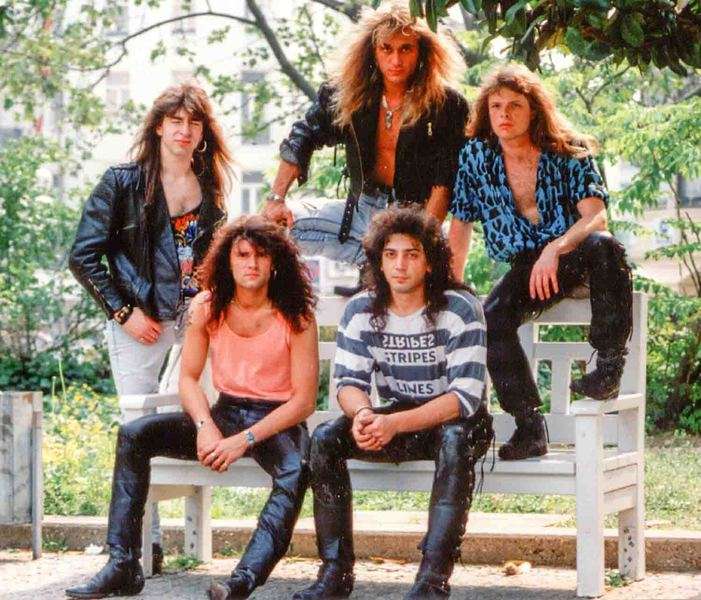 Established in 1992 - The debut album of the quintet Burned Down (LBT-records / Progressive Music) appears and is initially released in Japan with great success (Burrrn-Magazine: 86 points). Stylistically, the spectrum of the CD moves between bluesy-inspired material and a selection of harder components from the hard and heavy area.In 1995 the line-up changed - the new members: Reiner Backe, Bass + Back Vocals , Andreas Keppler, lead vocals.This year SHEELA has her first tour in Germany - a package tour with the Detroit-based US band Oriental Spas, which had just toured with Billy Idol in their home country. As a special highlight for the larger clubs on this tour, SHEELA bring the French action painter Ibara with them. During the band's concert, he created huge frescoes and scenes on a separate, raised stage behind the band (drummed colors and painted rhythms - as one critic noted). Ibara is also responsible for the artwork for the Sheela CD cover.In 1997 the second album Changes (LBT-records / Progressive Music) is released - the title says it all and reflects the departure of the two band members in the previous year. The line-up change also creates a wider stylistic range and a more modern, experimental approach to the music. As with the previous CD, it will first be released in Japan and then only in Germany. This year SHEELA accompanies the Canadian rock band Saga on their European tour, with a 50-minute set and not only won over the sympathies of the audience, but also the headliners. Shortly before the end of the year, JoJo Nimtz leaves the band and after a long search is replaced by: Jacky Voutay, drums.1998 The newly established band tours with the American band Fates Warning on their European concert tour and 3 weeks later wins the Karlsberg Challenge, a band competition with more than 4000 participating groups. In addition, there is the special price for the best stage performance. The radio single Trapped gets good airplay and attracts some American record companies.1999 is the year of the big festivals, including the German Bike Week-Hahn / Airfield (40,000 visitors) with Gotthard and the ComPop Festival in Saarbrücken / Messe (22,000 visitors) with Pur and Fools Garden. Furthermore festivals in France, Belgium and Hungary.2000 The band is awarded the contract for 3 shows during the Sturgis rally in the American Black Hills - the world's largest Harley Davidson meeting, with the 2000 record of over 90,000 participants. Together with bands like Styx, Johnny Lang and REO-Speedwagon, the American audience is taken by storm. An affiliated 2-week club tour is so successful that tour offers are already available for March and August 2001. The recordings for the new album will be finished in spring - planned release date of the third album Straight Hearted One’s: January 2001 - then as a guest musician, the saga frontman Michael Sadler on a track and additionally in a duet with Andreas Keppler. As a reminiscence of the motorcycle meeting in Sturgis, there is also a cover version of Steppenwolf's Born to be wild to be heard on this album.2001 Promotion activities for the new album begin - the starting signal is a tour together with the British band Nazareth at the end of January in Germany, Switzerland and Austria. Second USA tour in March! In June and July SHEELA play various support shows for Manfred Mann’s Earthband. Then in August a furious start to the 3rd USA tour in Sturgis together with Poison - the tour also has to be shortened by 2 days so that the band can open for the Scorpions in the Schlosspark Künzelsau in time.2002 The planned US spring tour is canceled due to casting problems. Jacky Voutay on drums leaves because of a professional reorientation - one of his last concerts is the Biker Jamboree in Berlin-Biesenthal in May. His part will take over from June: Christoph Ullmann, who was selected from a pool of 29 drummers - the native Viennese will now have to cover many kilometers, but as always with Sheela: Quality rules! Keyboarder Markus Teske will also be leaving the band by autumn for personal reasons. Nevertheless, the 4th CD Process ... was pre-produced in Germany in August / September and recorded in New Orleans in October / November. Christian Moser and Bobby Barth (Ax, Blackfoot) share the producer job. The release party will take place on December 26th in the cultural center in Mainz.2003 Christoph Ullmann moves from Vienna to Cologne and SHEELA are planning the 4th US tour to promote the new album.

In 1996 the second album Changes (LBT-records / Progressive Music) is released.The title says it all and reflects the departure of the two band members in the previous year.The line-up change also creates a wider stylistic range and a more modern, experimental approach to the music.As with the previous CD, it will first be released in Japan and then only in Germany.This year SHEELA accompanies the Canadian rock band Saga on their European tour, with a 50-minute set and won not only the sympathy of the audience, but also that of the headliner. Shortly before the end of the year, JoJo Nimtz leaves the band and after a long search is replaced by Jacky Voutay drums.Some alternative touches still but with a little bit closer to the original sound of the band(2 first records)...tracks 1,2,4,5,7,8,12 (Hard Rock ala Deep Purple) & 13 nice acourtic AORish song)are the ones that caught my attention.On their second long player, SHEELA play rich, crystal-clear hard rock (especially the bass and the organ press endlessly), which is just as trendy as spandex trousers and hair-dryer, i.e. not at all. SHEELA don't go about their work in a particularly original way, but given the above-average, never old-fashioned songs (tips: 'Trapped', 'Without A Net', 'Urban Mama').