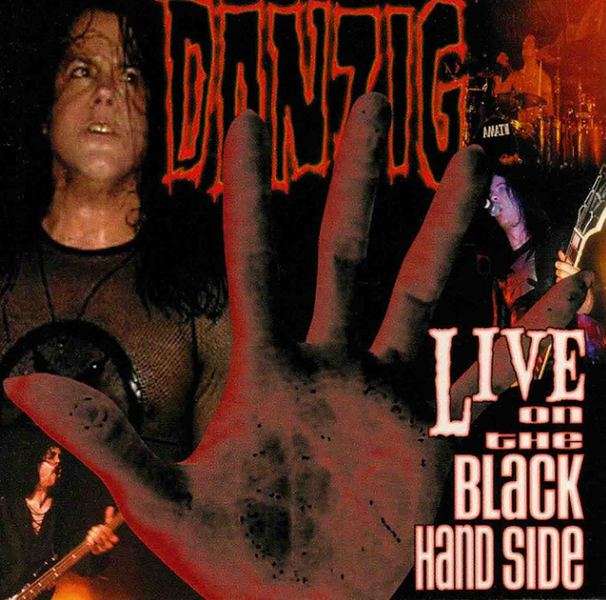 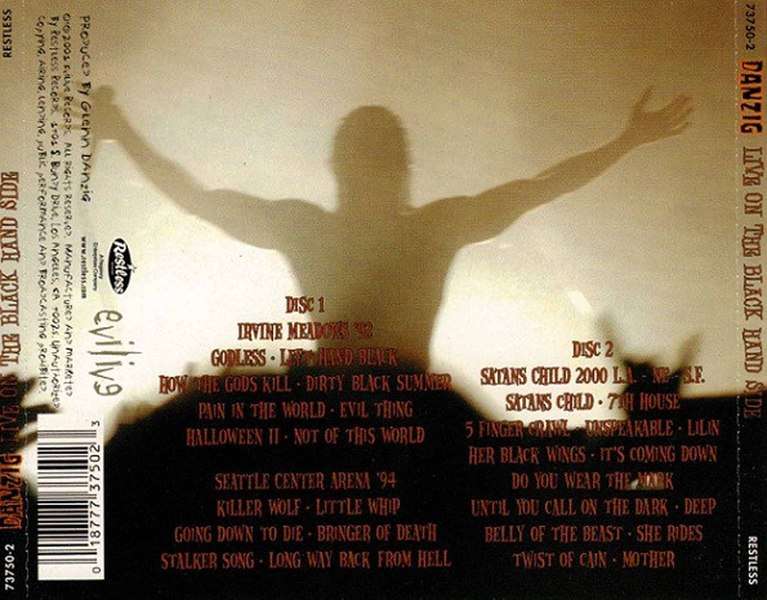 Danzig is an American band, formed in 1987 in Lodi, New Jersey, United States. The band is the musical outlet for singer and songwriter Glenn Danzig, preceded by the horror punk bands the Misfits and Samhain. They play in a bluesy doom-driven heavy metal style influenced by the early sound of Black Sabbath.On July 14, 1986, Samhain performed at The Ritz in New York in what was to be their final show. In attendance was Rick Rubin, who was scouting for potential bands to sign to his record label, Def American. Rubin at first wished only to sign Danzig, with the intent of making him the vocalist for a hard rock supergroup that Rubin envisioned. However, Danzig refused to sign to Rubin's label without Samhain's bassist Eerie Von. In 1987, he added John Christ on guitar and Chuck Biscuits (ex-Black Flag) on drums.To reflect the change in musical direction and avoid having to start anew after future lineup changes, Glenn, on Rubin's advice, changed the name of Samhain to his surname, Danzig.Glenn Danzig was the original vocalist and songwriter for the legendary horror punk band the Misfits. He formed Samhain after leaving the Misfits in the early 80s before forming Danzig in 1987 and forging ahead into the metallic realm. To reflect the change in musical direction and avoid lineup changes, Rick Rubin had asked Glenn to change Samhain's name to Danzig, so technically this band is still Samhain.The first (and some say the classic) Danzig line-up consisted of Glenn Danzig, John Christ (guitar), Eerie Von (bass) and Chuck Biscuits (drums). The aforementioned lineup lasted for 4 albums. Ironically, despite the illusion of being a real band, Danzig has always been more of a solo project for Glenn, who has remained constant for over a decade.Contrary to popular opinion, Danzig's Circle of Snakes is not "Danzig 8", as people tend to believe it is part of the numbered Danzig albums. Glenn claims that the album isn't a part of the numbered Danzig albums because of the different approach used on the album with it being more personal. Beside that, he claims the anthology reaches 7:77 only, which was I Luciferi.Glenn Danzig is a huge fan of comic book art and cartooning. He's made an appearance on the Adult Swim cartoon on Cartoon Network called Aqua Teen Hunger Force.

Live on the Black Hand Side is a double-disc live album by American heavy metal band Danzig. It was recorded at various shows between 1992 and 2000 (including Danzig's infamous Halloween '92 show at Irvine Meadows, CA) , and was released in 2001 on Glenn Danzig's Evilive Records label, distributed by Restless Records. It is the first official, full-length live album from the band, however, the 1993 EP, Thrall-Demonsweatlive and select CD singles have featured live material. In fact, Thrall-Demonsweatlive, includes four additional live tracks from the Halloween '92 show that are not included on this release.The original, studio version of the song "Halloween II" was recorded by Glenn Danzig's first band, the Misfits.