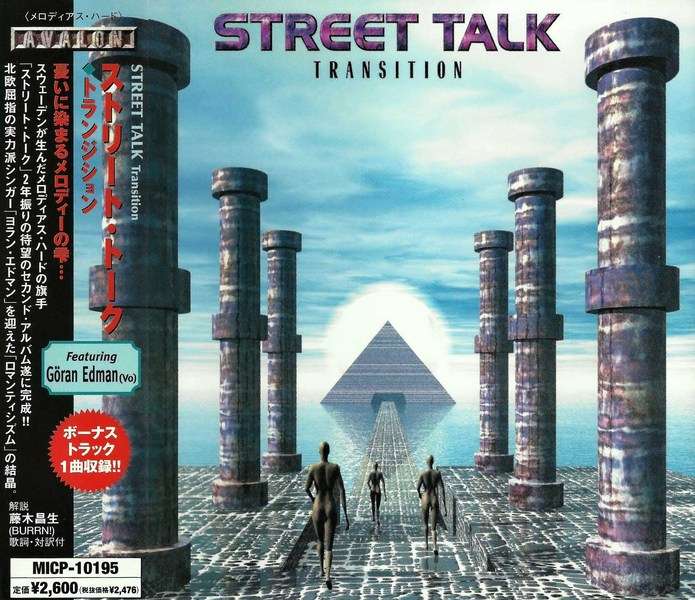 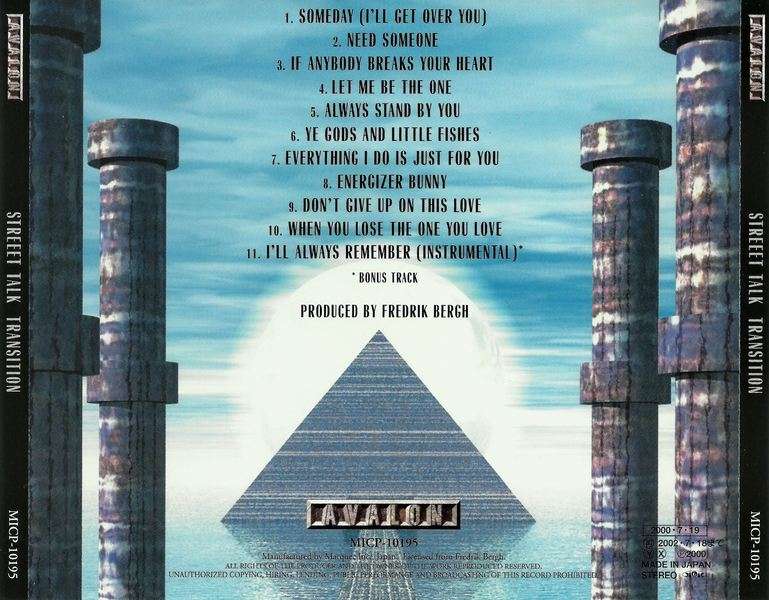 STREET TALK is the brainchild of Swedish keyboardist/songwriter FREDRIK BERGH. Their debut came in 1997 with the album ‘Collaboration’.The album featured, amongst others, guest vocalist Göran Edman who would continue to work with Fredrik throughout the Street Talk history.In 2000, the album ‘Transition’ was released featuring Goran again on a set of smooth Westcoast/AOR tunes.In 2002 STREET TALK signed to the now defunct MTM Music label for the excellent album 'Restoration'. The opus featured vocals from Goran once again and also two popular tracks from American AOR vocalist HUGO.In 2006 the band released their fourth all-original studio album – the distinctly more powerful, pure AOR masterpiece ‘V’. Featuring Goran Edman on all vocals, the album was the defining moment of Street Talk’s history.Since the release of ‘V’ in 2006, STREET TALK has been on hiatus, but Fredrik has been as busy as ever as a founding member of melodic metal band Bloodbound as well as writing and working with such artists as Revolution Saints, Steve Augeri, Steve Overland, Joe Lynn Turner, Rob Moratti, Harry Hess, Bob Halligan jr, Phenomena, Seven and Anette Olzon

Japan edition with good bonus track.One of the finest Swedish AOR acts - STREET TALK.By now, Fredrik Bergh is probably better known from Bloodbound, but before that he was the mastermind of STREET TALK.Three of their five albums have recently been re-released with bonus material."Transition".Street Talk is the brainchild of Swedish keyboardist/songwriter Fredrik Bergh. After their really well received debut in the late Nineties, second album "Transition" was released in 2000 featuring Edman again on a set of smooth AOR tunes."Transition" it's an album that really defines the Street Talk sound and one that showcases just how versatile a singer Goran Edman really is: sounds like he was born to sing straight-up AOR. Backed by sublime melodies and impeccable production, Edman really shines here.