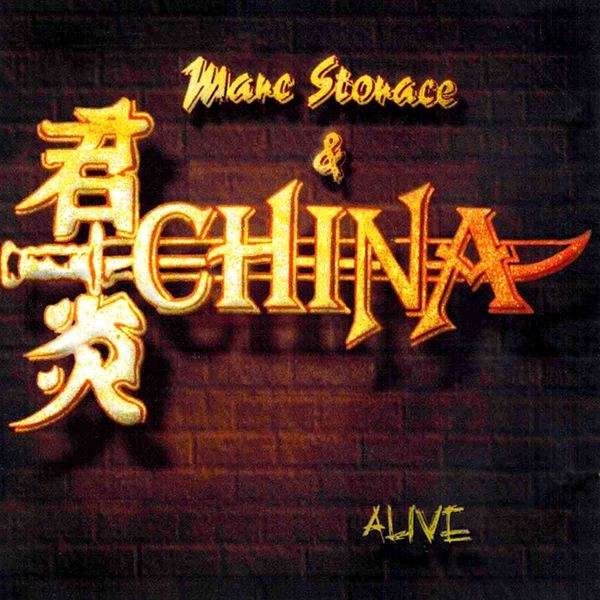 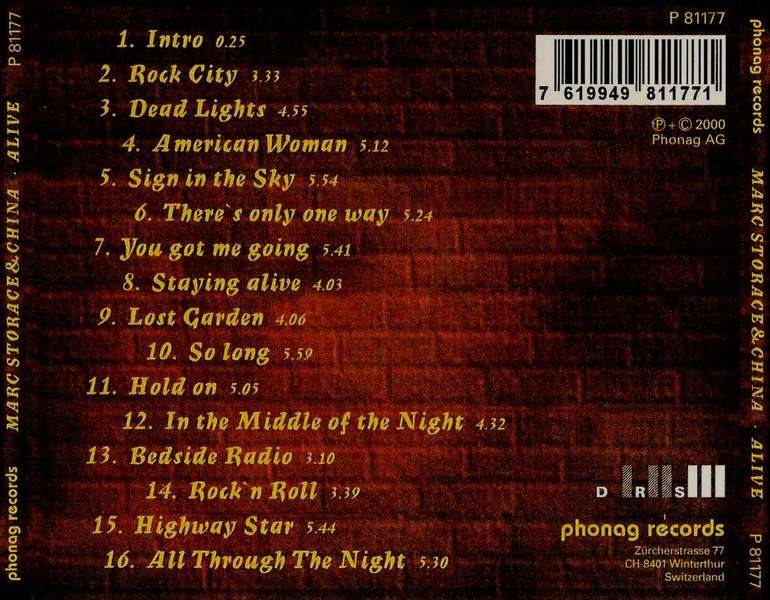 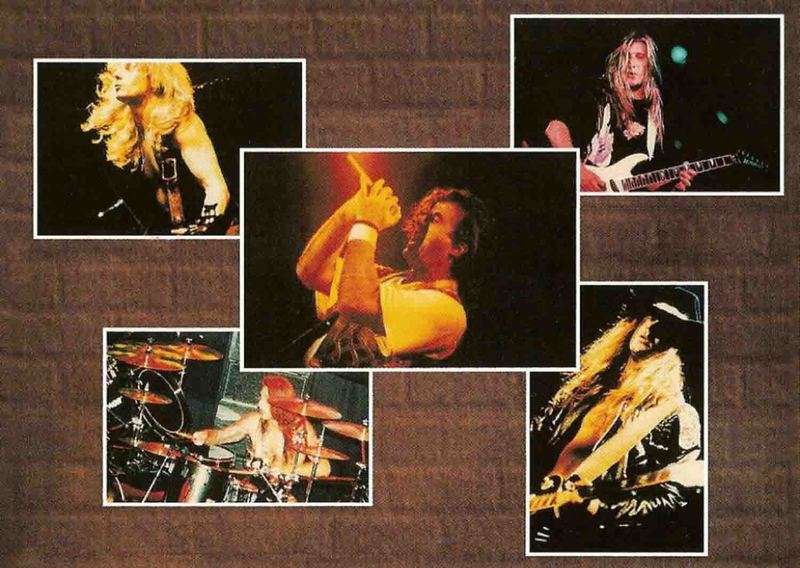 China is a Hard Rock band from Switzerland.They celebrated in the late 1980s and early 1990s, international success in your albums reached the top 10 in each of Switzerland, and good rankings in the English, German and Japanese charts. China also gained notoriety through their changing singers. On each of their albums is heard another singer.China founded in 1985 by drummer John Dommen 1988 and signed a recording contract with Phonogram. In the cast Math Shiverow (vocals), Claudio Matteo (guitar), Freddy Laurence (guitar), Marc Lynn (bass) and John Dommen (drums) they take on the self-titled debut album. They receive support in the recordings of the two Crocus musicians Marc Storace (vocals) and Fernando von Arb (guitar). Storace sings some backing vocals and Von Arb wrote the song Back To You for the album.A tour as support for Victory follows the same way as another concert tour with Bonfire.Shiverow and Lynn left the band after the tour. Marc Lynn is rising a little later in the Gotthard , which are called at this time Krak. New singer is the former Krokus guitarist Patrick Mason and joins as the new bassist Brian Kofmehl of killer to the band.The next album Sign In The Sky falls, not least by working with producer Stephen Galfas from significantly more mature than the debut. The second single In The Middle Of The Night reached # 11 in the Swiss charts, the album lands at No. 2 But Mason does not stay in the band.Already on the tour he will be replaced by the American Eric St. Michaels, with China the live album Live China and the next studio album Go All The Way record. 1992 St. Michaels pulls back to America, which is why China complete the following gigs with three different singers. The main part takes Krokus singer Marc Storace. A recorded by Swiss Radio DRS Performance Live uff dr Gass of 1993 appears seven years later under the title Alive 2000 on CD.1995 China published their album Natural Groove , which comes up again with a new singer. Douglas McCowan distinguished here responsible for the vocals and the drums sits Giovanni Giorgi. After the album, the band is put on hold. In 2000, the band completed a tour China Revisited at the three singers are again at the start (Math Shiverow, Eric St. Michaels and Marc Storace).2003 come rumors that Patrick Mason (vocals), Claudio Matteo (guitar), Freddy Laurence (guitar), Brian Kofmehl (bass) and John Dommen (drums) are working on a new studio album. In May 2004, Freddy Laurence (aka Freddy Scherrer) increases as a substitute for Mandy Meyer at Gotthard one.In 2007, China reformed again and it is first time on 2 June 2007 at the Spirit of Rock together on stage again.After successful concerts in 2008 and 2009, China published in 2010 with the new guitarist Mack Schildknecht their fifth studio album in 15 years, Light Up The Dark . There follow in the summer including four as a support group of crocus.

Very rare album.This Album was recorded in Mai 1993, during the Tour "Marc Storace & China" in Switzerland.This is a Live-Album, of the concert in Sempach, recorded and broadcasted by the Swiss National Radio DRS 3 <Live uff d'r Gass>.There are no overdubs or remixes, what you hear is exactly as it happened that night.Rare live' gem with Marc Storace guesting behind the mic.Trademark solid vocal delivery as usual and the band sounds great.Definitely worth tracking this badboy down if you're a Krokus or China fan.Excellent sound,clear and strong.see the list of the songs.A dream for fans of melodic hard rock.this cd is a real raritie.