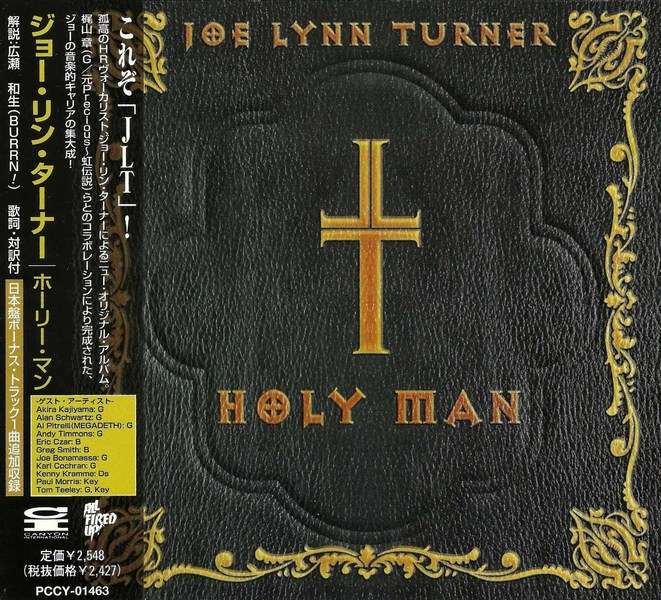 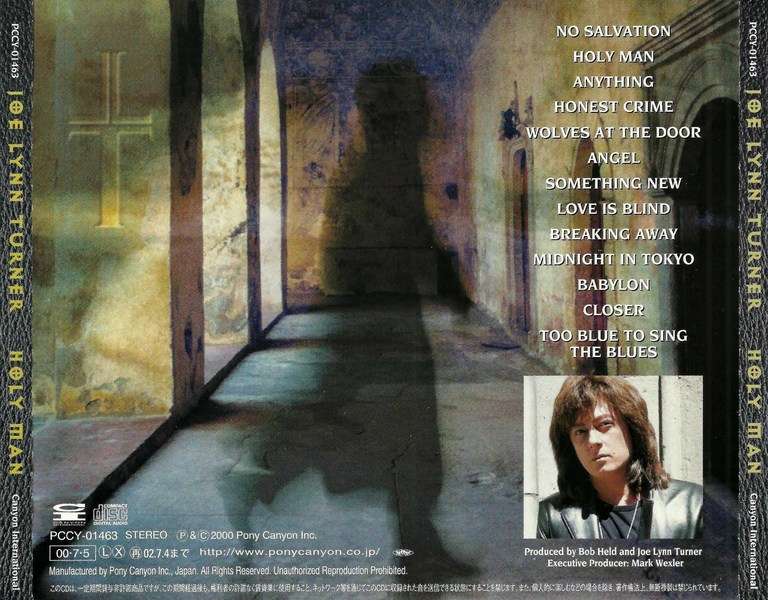 Joe Lynn Turner (born August 2, 1951), is an American singer, known for his works with hard rock band Rainbow. During his career, Turner fronted pop rock band Fandango, had the short-lived collaboration for neoclassical metal guitarist Yngwie Malmsteen and Deep Purple. From the mid 1990s, he worked with various musical groups (progressive rock band Mother's Army, funk rock duo Hughes Turner Project, AOR side project Sunstorm, etc.), while pursuing a solo career. He is currently the vocalist for Rated X, based on Mother's Army. Their album was released in 2014.

Holy Man is the 6th solo album of Joe Lynn Turner released in 2000. 'Freedoms Wings' was an outtake of Hurry Up and Wait and a reworked version was released on this album (the original version featured vocals of Doogie White).Former Rainbow/Deep Purple pipesman Turner returns for his second MTM release in as many years, with the same positive result as last year's Hurry Up And Wait. After a series of releases that found this screamer floundering (lowpoint - covering the song Unchained Love on '97's Undercover disc), Turner has hit his stride with two releases in a row that re-live the glory of his roots. Whether he or Gillan were to belt it out, the tunes 'Holy Man' and 'No Salvation' would fit perfectly on any Purple album, while Honest Crime captures the best bluesmanship of JLT's voice. No fluke in '99, JLT rocks in 2000.