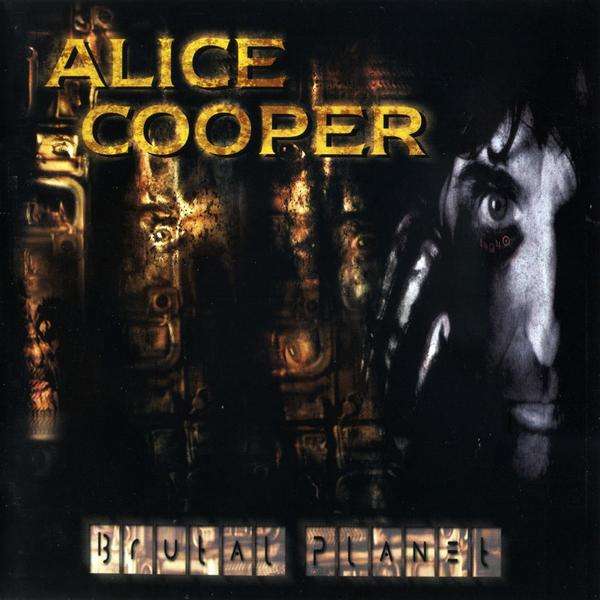 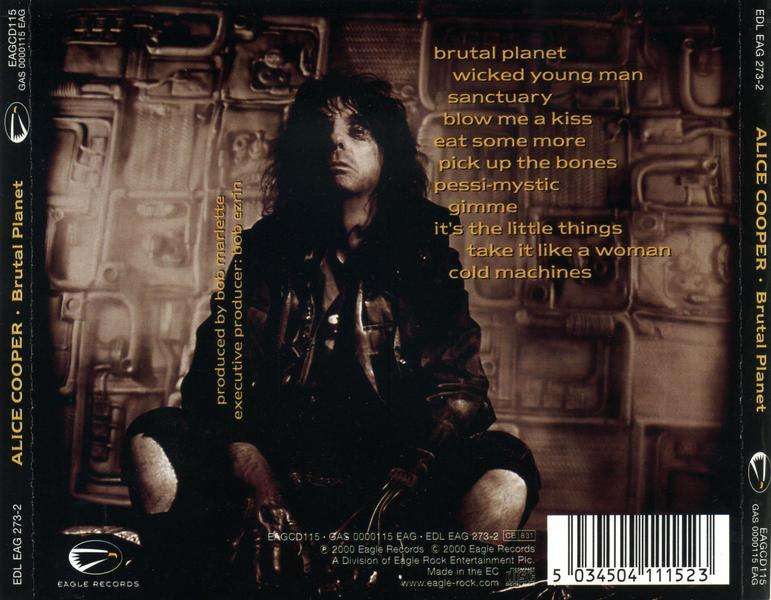 Brutal Planet is the fourteenth solo studio album by Alice Cooper, released in 2000. Musically, this finds Alice tackling a much darker and heavier approach than on previous albums, with many songs approaching a somewhat modern-sounding, industrial/metal sound. Lyrically, it deals with themes of dark "social fiction", including domestic violence ("Take It Like a Woman"), prejudice ("Blow Me a Kiss"), psychopathic behavior ("It's the Little Things"), war ("Pick Up the Bones") and school shootings ("Wicked Young Man"). The album was followed by a sequel Dragontown.Doug Van Pelt, editor of the alternative Christian music-oriented HM Magazine, found that the lyrics communicated biblical morals "in a very powerful way".Van Pelt stated further that the final argument is provided in the title track, which condemns the systems of judgment that the world uses.Moreover, "Blow Me a Kiss" urges the listener to think deeper about spiritual matters.All tracks written by Alice Cooper and Bob Marlette except where noted.